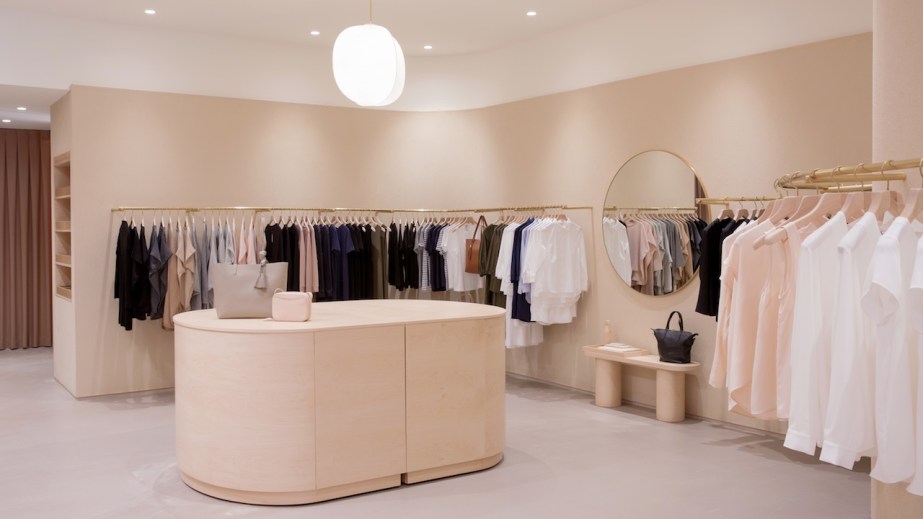 This week, a look at how brands are integrating resale into their larger businesses. Scroll down to use Glossy+ Comments, giving the Glossy+ community the opportunity to join discussions around industry topics.

The last year has seen a vast number of fashion brands launch a branded resale section of their online store. They’ve included Levi’s, Steve Madden, Michael Kors, Oscar de la Renta and The North Face, among many others. And there are many different ways they’re going about it.

For each brand, an owned resale channel represents something different. For some, resale is a money-making channel that’s profitable and prominently marketed. When J. Crew announced its new resale program on January 17, head of sustainability Liz Hershfield said her hope is that it will become a profitable revenue stream. But for others, it more centrally serves as a customer acquisition tool, a way to increase the lifetime value of existing customers or a means of meeting sustainability goals.

Women’s workwear brand M.M.LaFleur launched a resale program called Second Act in 2021. Callie Kant, its vp of brand and creative, said there’s been overlap between the brand’s new and secondhand customers: Around 67% of Second Act shoppers are existing M.M.LaFleur customers, and many are in search of releases they missed out on in a previous season.

But Kant, who drove the launch of Second Act, said its main purpose is to bring in new customers and turn them into full-price purchasers. Kant said 24% of Second Act customers have never bought a new, full-price item from M.M.LaFleur, and nearly 10% of those who shop Second Act first go on to buy from the brand’s new collections.

Second Act now has around 6,000 shoppers and sells around 500 secondhand products per month.

“The greatest number of units were sold in October 2022, which was likely attributable to the continued increase of in-person work that happened throughout the fall,” Kant said.

While resale remains a small portion of the business overall, in terms of units and revenue, the successful conversion of secondhand buyers into full-price buyers makes Second Act, which is operated by Archive, worth it, Kant said. Additionally, she said M.M.LaFleur sees a 2.7-times increase in order size for customers applying a credit earned by selling through Second Act, increasing the LTV of those customers overall.

That halo effect of resale is common, according to Emily Gittins, CEO and co-founder of Archive, which also powers resale for brands including The North Face.

“While there is naturally very high overlap on the seller side [of a brand’s resale channel], a high proportion of resale buyers are new to the brand or priced out of its full-price inventory,” Gittins said. “Many brands see resale as a way to acquire a broader set of customers without discounting their full-price product — although this can differ for luxury brands that may be selling vintage items for more than the original price. Offering the ability for existing customers to resell your products is a great way to drive loyalty and increase lifetime value.”

But other brands have less clear metrics for their resale business. Karla Gallardo, co-founder and CEO of fashion essentials brand Cuyana, said she doesn’t see the company’s resale site, Cuyana Revive, as a revenue driver or a customer acquisition tool. Instead, it’s an extension of the brand’s sustainable ethos. A big part of Cuyana’s identity is designing things that are meant to last and rejecting the planned obsolescence of fast fashion.

“We market around [Cuyana Revive], as well,” Gallardo said. “And we’re more active about marketing it when we’ve got new stuff coming out.”

Gallardo said that, in the summer of 2022, when Cuyana was introducing its Easy Tote, she expected that many loyal customers would substitute their Classic tote for the new style. Cuyana began marketing Revive more aggressively during that time, sending out emails and more frequently mentioning Revive on its social channels.

“We know when people are likely moving on to a new product, and we don’t want the old bags to end up in a landfill,” Gallardo said.

The Finnish clothing and home goods brand Marimekko took a similar approach, looking at its Marimekko Pre-Loved program as a way to build on its sustainability efforts. Suvi-Elina Enqvist, the brand’s head of innovation, said the program is still in its early stages and currently only available to customers in Finland, but she has plans to expand its assortment and further integrate it into the brand experience across channels.

“When we launched the [resale] platform [in August 2022], we accepted clothing only,” Enqvist said. “Since then, we’ve expanded it to include the home category, as well. Moving forward, we want to [grow] the marketplace to become a fully developed part of the Marimekko universe, including [with] international expansion, a retail presence and collaborations.”

Karin Dillie, vp of partnerships at resale tech company Recurate, which counts brand clients including Michael Kors and Badgley Mischka, said the future will see brands further integrating their resale and retail sides of the business. She noted that bag brand Peak Design, one of the brands that launched resale with Recurate in 2021, now provides the most recent resale price of items selling on its primary site. This does the double service of reminding customers about the secondhand side of the business while also pushing some over the line to make the purchase based on its resale value. According to Peak Design, 52% of its secondhand customers are new to the brand, which mirrors Recurate’s data for all its brands.

Investors are taking notice of all the brands newly interested in working with partners like Recurate, Archive and ThredUp. Recurate raised $14 million in funding in May 2022 and has added more than 10 brand partners since then, bringing its total to more than 50. Archive raised $15 million in December 2022.

Multiple brands told Glossy they’ve put minimal marketing dollars into resale so far. When its program first launched, Peak Design sent out only 500 email invites to its most active customers, before increasing the size to 10,000 and then 30,000 customers. Most of its marketing around the program is automated. Customers are emailed after they’ve owned a product for one year to see if they want to trade it in, for instance.

But it’s important that brands consider marketing resale more heavily, Dillie said. That’s especially if they want to compete with third-party resale platforms like Poshmark and The RealReal.

“A lot of brands start resale, and they sell 10 items a month or something, and it’s just a small additional thing,” Dillie said. “But we’re going to start seeing what it looks like when brands put some real investment behind it and what kind of ROI they get. We predict that it’s not just going to be the Patagonias of the world that are investing heavily in this in the future.”