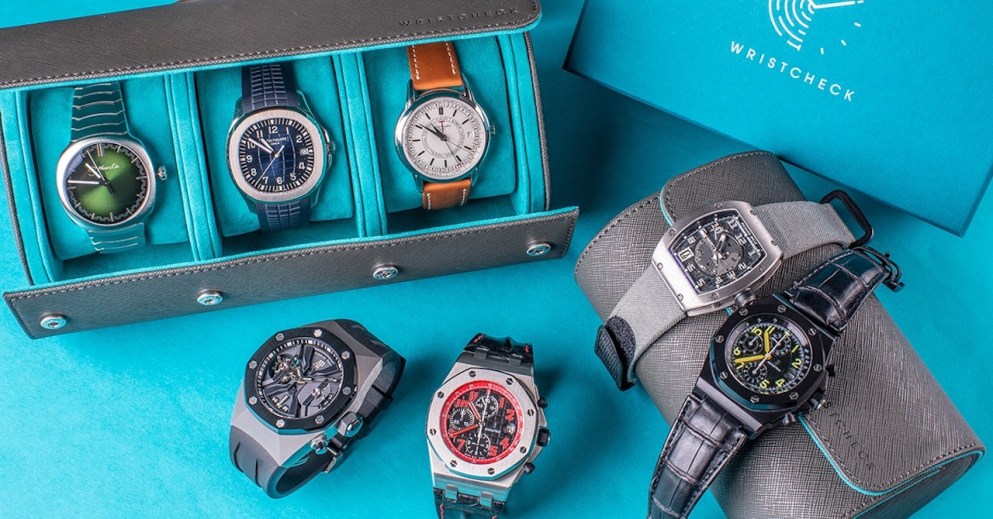 The city of Hong Kong has just 7 million people, yet by every metric, it outperforms the United States in luxury watch sales. In a year, more watches are sold on this little island, for more money, than in a nation of 300 million people.

Austen Chu, founder and CEO of the Hong Kong-based watch marketplace Wristcheck said the incredible demand for luxury watches in Hong Kong and throughout the rest of Asia hasn’t gone unnoticed by the Swiss watch houses.

“For every Swiss watch brand, the No. 1 client they want is Asians,” Chu said, noting that Asia accounts for 50% of Swiss watch exports, according to the Federation of the Swiss Watch Industry.

Wristcheck’s status as a gateway between the European watch manufacturers and the growing Asian watch consumer audience has lent itself to the company’s rapid growth. Founded just two years ago, it’s seen 75% year-over-growth in the total value of its consigned watches in the last 12 months, now totaling around $80 million. It only sells luxury watches from brands like Panerai, Rolex and Patek Philippe. It’s also seen a 127% annual increase in its number of consignors. The majority of its buyers — around 60% — are in Asia, with the rest evenly spread between Europe, the Middle East and North America. Chu said Wristcheck brands itself as a global marketplace in its marketing, and his hope is that sales in and outside of Asia will eventually even out to a 50-50 split. Assuming a primarily Asian customer base, the website defaults to accepting HKD as its main currency.

On Tuesday, Wristcheck announced its first funding round, of $8 million, led by Chinese investors Gobi Partners and the Alibaba Entrepreneurs Fund.

Wristcheck has even begun to partner directly with the brands, a rare feat for a watch consignment platform. In October, Wristcheck hosted an open design competition along with Audemars Piguet, one of the largest watch brands in the world, to redesign Audemars Piguet’s famous Royal Oak watch. The contest was judged by Chu and Audemars CEO François-Henry Bennahmias.

Other watch resellers are paying special attention to China for the same reasons. In September, Pennsylvania-based, WatchBox hired Andy Zhang — formerly director of watches in China for British auction house Phillips — as CEO of its newly created WatchBox China division. Zhang will lead WatchBox’s expansion in the market from Shanghai.

“Our global expansion strategy targets regions with a strong growth forecast for the luxury watch segment,” said Justin Reis, global CEO of WatchBox. He noted that China’s imports of luxury watches reached record levels last year, according to the Federation of the Swiss Watch Industry.

But Wristcheck has another demographic that has watch brands eager to collaborate, Chu said. More than 40% of Wristcheck’s customers are under 30, giving it access to a youthful demographic that most luxury watch retailers struggle to find.

“Needless to say, the average luxury watch buyer globally is not under 30,” Chu said. “We’re aiming to capture the next generation of watch lovers.”