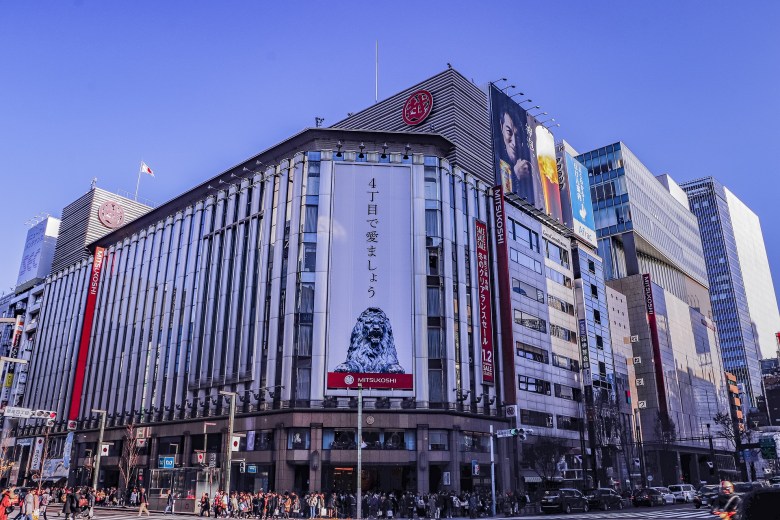 Based on Burberry’s and Richemont’s third-quarter earnings releases on January 18, brands have seen Japan as a strong interim market within the APAC region. Sales in China, the region’s typical top market, slowed over the period ending on December 31, due to Covid-forced lockdowns and related obstacles to shopping. After three years, China announced its reopening of borders on January 8, but it will take time for the local luxury market to bounce back.

However, for brands to take advantage of the Japanese market, they’ll need to take a different approach than in China. According to McKinsey’s 2022 East Asia Luxury Consumer Survey, consumers in Japan still value offline channels and relationships with sales associates. In contrast, 80% of Chinese consumers prefer to buy online. China made up 17% of the total luxury goods market in 2022, according to Statista, while Japan made up 7%. The consulting company expects that Japan’s luxury market will grow approximately 4% annually through 2025, mostly driven by younger, wealthier shoppers. According to consultancy company Bain, China is set to make up 40% of luxury consumers by 2030.

Burberry reported that Japan is a growing APAC market for the brand, up 28% year-over-year. In 2019, mainland China accounted for 40% of total sales for Burberry. In Q3, it accounted for 25%, owed to repeated product delivery delays and Covid re-infections have made it harder to predict and plan for sales in the region.

Talking about the fall in China’s foot traffic in December, Julie Brown, Burberry’s chief financial officer until April 2023, said in the earnings call, “We obtained data from the Chinese Centre for Disease Control, and they were quoting about a 70% infection level. This immediately caused trading in December to be volatile. … December was our worst month in the quarter in China, largely impacted by footfall in stores, but also availability of our client advisors.” The brand did not respond to requests for comment.

For Richemont, the umbrella company of brands including Chloé and Cartier, Japan continued to lead growth, with sales in the region up 43% year-over-year. Meanwhile, sales in mainland Chinese dipped by 24%, according to the earnings report.

For Farfetch, Japan has been an important APAC market. “If we compare it to China, our Japanese audience is slightly older, with a higher percentage of male customers,” said Alexi Bonhomme, vp of Greater China and APAC at Farfetch. “Our Japanese customers are very sophisticated, with a strong percentage being ‘Private Clients’ who are looking for unique merchandising and experiences.” Private clients are Farfetch’s VIP customers, spending at least $12,000 annually. Japanese customers are fans of menswear brands, including younger those by younger talent like Indian designer Dhruv Kapoor, Bonhomme said. Kapoor showed his second collection on January 16, as part of Milan’s Men’s Fashion Week. Kapoor’s largest customer base is in Japan.

For more understated luxury brands catering to an older customer, Japan has long been a target market. Italian luxury brand Marni opened its first store in Japan in 2000 and is now staging its fall 2023 runway show in Tokyo, on February 1. The Japanese market makes up 23% of the brand’s total sales, according to CEO Barbara Calò. In December, it was reported that Marni will be opening its second flagship store in the country, in Tokyo, within two years. It will be based on a new store concept first unveiled by creative director Francesco Risso in Milan last June.

Bonhomme noted that Japan is also a market where offline activation remains critical. “Brands succeeding in Japan are investing heavily in online-to-offline campaigns, where digital campaigns promote in-store activations and events. They’re also engaging customers with a sophisticated balance between creativity and commerciality,” he said. As an example, Louis Vuitton launched its first café, La Café V, in Osaka, Japan late last year. “On the other side, luxury shoppers in Japan see e-commerce platforms and social media channels as the main source of information and like to interact with the brands via their official websites,” he said.