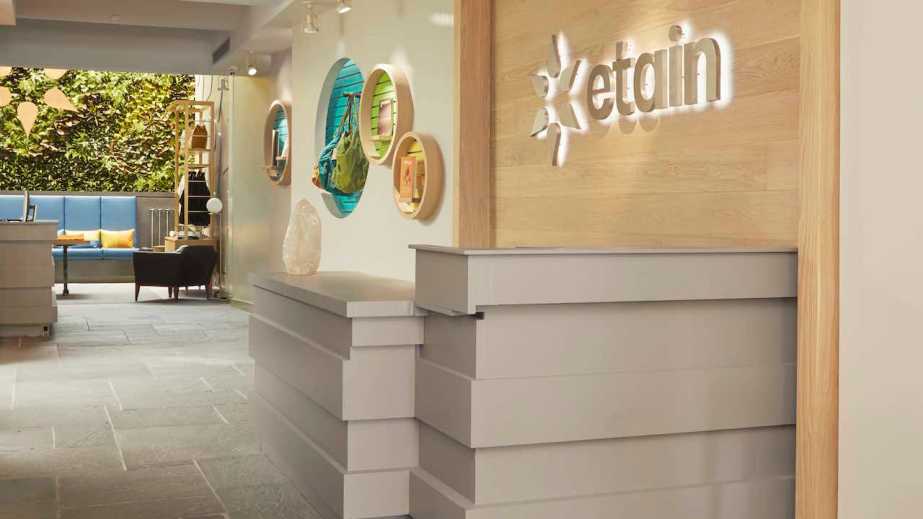 With legalized recreational marijuana on the horizon for New York, female founders are bringing more sophisticated branding to the world of weed.

Five-year-old Etain, for example, is releasing a new CBD line this quarter, which will be sold at its 5,000-square-foot spa-like dispensary in Midtown that opened in August 2020. One of the first five companies in New York to receive a license for medical marijuana, Etain is the only “family-run, women-owned and vertically integrated” agribusiness and medical marijuana dispensary, according to the company.

“Over the last five years, there’s been a lot more acceptance of cannabis, and it’s been embraced for multiple uses — not just pure pharmaceutical, but also in health, wellness and lifestyle,” said Hillary Peckham, COO and co-founder of Etain. “We wanted to update our brand in the medical space so it could potentially transition to a recreational program, if New York chooses to do that, as well,” said Peckham.

Peckham said that the mainstream attitude toward cannabis has changed dramatically since the company was founded. “I used to walk into a room and I wouldn’t tell people what I did, because there would be this assumption that I was a stoner or [that] it was just a joke. Now I don’t have to do that anymore, so that’s a good sign that things have changed.”

The company’s flagship Manhattan dispensary was designed by Clodagh, a design firm known for its work on luxury spas and resorts. The space, which features a living green wall and boutique, is meant to be “very soothing,” said Peckham. The boutique features a range of health and wellness products from brands including body and skin-care brand Nature of Things, organic tea brand Rishi, body brand Khushi, ingestible line Golde and textile company Patriae. Its upcoming CBD line will include lotion, tinctures and a water-soluble powder.

Female founders in cannabis and CBD have brought a more upscale image to the industry. Miss Grass, for example, has been dubbed the “Goop of cannabis” by W Magazine. The CBD space has also received a more feminine, wellness-focused aesthetic via companies like Fleur Marché and Martha Stewart CBD. Etain’s customer base is currently a 50-50 split between men and women.

The Etain dispensary will also feature a rotating selection of limited-edition merch from diverse women-owned brands, starting with Buy Weed from Women, a clothing brand founded by author and poet Jasmine Mans.

The legal marijuana industry in the U.S. is mainly operated by white owners, a fact that female founders have acknowledged. Miss Grass has an article on its site that states, “The racism, the sexism, and the classism of the industry illustrate how stuck in the past we still are. There are advocates who are continually saying that minorities should be the first to benefit from the industry, yet there hasn’t been any real progress towards building something more inclusive.” CBD brands attracting major retailers’ attention have also been overwhelmingly created by white founders.

“Right now, there are only white-owned businesses [in New York],” said Peckham. “There isn’t actually a racial minority ownership in the state. When recreational comes online, there’s going to be a huge initiative to make sure that there are more diverse businesses that enter.” She said that, in addition to partnering with Black-owned brands, “it’s been our mission to make sure that we maintain a very diverse company in our hiring and opportunities for growth.”