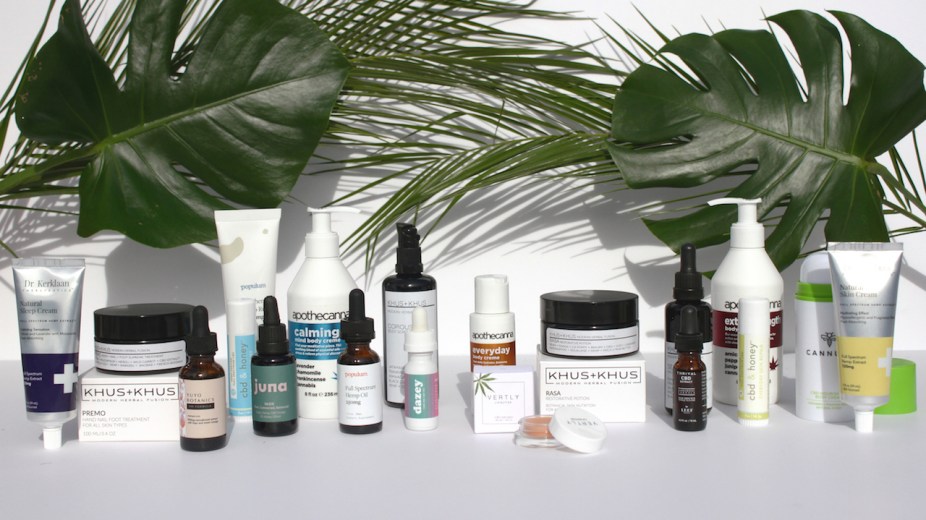 Moms in the U.S. may not be asking for much fragrance or lipstick to wear in lockdown for Mother’s Day this Sunday, so companies that sell cannabis and CBD are getting in on Mother’s Day marketing.

Miss Grass, a cannabis e-commerce and lifestyle platform, launched a Mother’s Day “mom shop” with a special gift bag to celebrate the holiday for $130. It features CBD gumdrops, lip butter and a sleep tincture. CBD e-commerce shop Gold Bee is also featuring a Mother’s Day gift guide that includes its own compilation of gumdrops, truffles, sleep aids and beauty products.

In the lead-up to a Mother’s Day in quarantine, CBD gifts associated with stress relief are acting as an alternative to traditional holiday gifting categories. NPD Group found that fragrance, a Mother’s Day staple, is the worst-performing beauty category in the lead-up to the holiday this Sunday.  In contrast, female-centric cannabis and CBD startups are doing well. Miss Grass has seen its weekly organic e-commerce revenue for 2020 increase 44% since the start of Covid-19 shutdowns in March. Fleur Marché co-founder and CEO Ashley Lewis said that the e-tailer has seen 65% month-over-month sales growth from February to April.

As hemp-derived CBD beauty products are now mainstream at retailers like Sephora and Ulta, and recreational marijuana is legal in eight states, the stigma around moms using CBD is decreasing.

“There is this acceptance, especially with moms,” said Jessica Lukas, the svp of commercial development at BDSA, a cannabis industry market research firm. “You can have the wine mom, where you can post on social media all these funny memes in quarantine, ‘The kids went to bed and now I’m going to open a bottle of wine.’ But it’s interesting that cannabis still has such a stigma.” A survey by Miss Grass found that 68% of cannabis-using moms felt they had experienced discrimination for using cannabis as a mother.

But the survey also found that cannabis use is replacing wine, with 21% of moms surveyed saying they had completely stopped drinking in favor of THC. “Mom juice (aka wine) is so 2017,” said one respondent.

Fleur Marché’s Mother’s Day gift guide followed this trend, saying its products were for the “I-can’t-drink-any-more-wine-mom.”

Companies are promoting CBD at a time when mothers’ stress is through the roof, as they are taking on an outsized role in homeschooling and child care, often with full-time jobs. A recent poll by Morning Consult for the New York Times found that 45% of fathers believed that they were doing the most homeschooling of their children, but only 3% of mothers believed their husbands were doing so.

“Oftentimes, moms are trying to be a full-time mom and teacher, and to maintain the house. That stuff usually falls on women, no matter how far advanced we are as a society,” said Lewis. “All [moms] want is a few good nights’ sleep.” With a newborn at home, she said she knows this firsthand. She said that managing the household “mostly falls on me. I know how to do all the things we’re supposed to do better. I know where we keep everything. It’s easier for me to do. Women are uniquely able to multitask in a way that, with men, I haven’t seen.”

Interest in both CBD and higher-THC-level cannabis products is rising among mothers. According to BDSA, the most commonly used marijuana-derived (as opposed to lower THC hemp-derived) CBD beauty products include creams and lotions, which are used by 47% of over 1,000 moms surveyed. Their most common reason for the higher-THC topicals was pain relief, followed by treating a health problem and sleeping better.

According to Miller, this quarantine period has especially opened consumers’ minds to both CBD and cannabis. Miss Grass is currently working on its own line of cannabis products to be sold in California in the fall.

The quarantine period “has shifted a lot of people’s perceptions that may have previously not been willing, or were indoctrinated by the war on drugs so had a stigma around the plants,” said Miller. “They were like, ‘No, that’s not for me,’ but I think people are looking for alternative stress-relieving substances.”