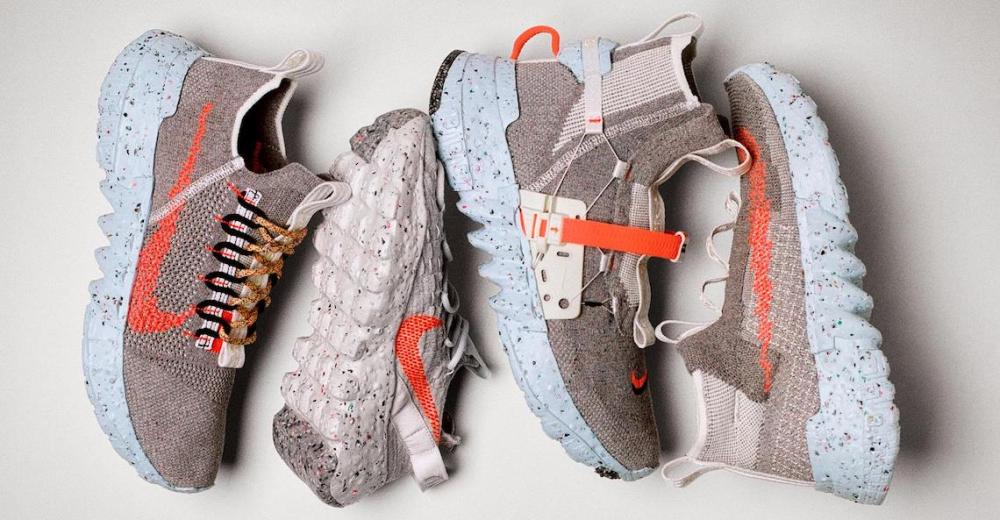 Weekend Briefing: The conflict between Nike and StockX deepens

Over the last week, Nike escalated its conflict with StockX, accusing the resale platform of selling counterfeit sneakers and continuing one of the biggest conflicts in the fashion resale space. Meanwhile, the crypto market is looking perilous for investors, which should be of interest to crypto-curious fashion brands, and China’s ongoing Covid lockdowns impacted luxury brands’ recent earnings and future outlooks.  Don’t forget to subscribe to the Glossy Podcast to hear the latest episode, an interview with Frame co-founder Erik Torstensson. –Danny Parisi, sr. fashion reporter

On Wednesday, the feud between Nike and StockX, the resale platform worth nearly $4 billion, escalated to a new level. Nike publicly accused StockX of selling counterfeit Nike shoes, claiming it was able to purchase four pairs of shoes from StockX that it confirmed were counterfeit.

It’s a big escalation of Nike’s anti-StockX rhetoric and one that seems clearly meant to bolster Nike’s ongoing lawsuit against StockX that it filed in February. Nike is suing StockX over the selling of NFTs featuring Nike’s trademarks and logos. StockX began selling what it called Vault NFTs in January using imagery of real-life sneakers, many of which were Nike. One of the supposed counterfeit sneakers Nike was able to procure from StockX was the “Patent Bred” Air Jordan 1 High OG, which also happens to be one of the sneakers that StockX sells in a Vault NFT.

Ultimately, the conflict boils down to a dispute over what an NFT actually is. Nike’s argument is that StockX is creating and selling a product using trademarked imagery that belongs to Nike. StockX argues what it is actually selling is a virtual receipt of ownership of a real pair of sneakers held in StockX’s vault which users can buy and sell to each other. Notably, NFT holders do not actually receive the physical sneakers.

It’s a thin line between the two definitions and one that doesn’t have much legal precedent behind it yet. StockX, as a marketplace where Nike products can be bought, is allowed to use Nike in its advertising and frequently does, even though Nike doesn’t technically have an official partnership with StockX.

But even that arrangement has warranted some grumbling from brands. In 2019, streetwear designer Jeff Staple voiced his concern to Glossy over resellers being allowed to use the trademarked imagery of the brands they sell in their advertising. This leaves brands with no control over how their brand is presented and can lead to potential confusion among consumers that the brand is somehow officially involved.

The conflict is also interesting for three other reasons. First, StockX, and other resellers, have frequently made grand claims about their ability to authenticate products, an area of particular interest for products aimed at collectors of sneakers and luxury handbags or rare collectibles, all of which StockX sells. Nike’s undermining of StockX’s ability to authenticate could lower consumer confidence in StockX’s products.

StockX’s rebuttal of Nike’s counterfeit claim was particularly strong. In a public statement, it called Nike’s counterfeit allegations a “panicked and desperate attempt to resuscitate its losing legal case against our innovative Vault NFT program.”

Secondly, while StockX sells sneakers from all sorts of brands, it’s undeniable that Nike makes up the backbone of the company. Nike is the most in-demand sneaker brand in the world and StockX was built on the strength of reselling Nike sneakers.

Previously, Nike didn’t seem to care much about what the resellers did. But now with Nike launching its own NFTs and its own resale platform, StockX has suddenly become competition. Nike can’t forbid StockX’s users from buying or selling Nike products on the marketplace, so lawsuits like this are Nike’s only option to curtail competition.

“Ultimately brands don’t have control of third-party platforms,” said Andy Ruben, CEO of branded recommerce company Trove. “Back in the day of retail wholesalers, if Best Buy violates what Apple wants, Apple would just cut them off. There’s no such option on a third-party marketplace.”

Finally, Nike’s claims of counterfeit sneakers are similar to Chanel’s claims that The RealReal cannot guarantee the authenticity of Chanel products sold on the site. Both claims are indicative of a rift forming between brands and resellers. While many brands have begun to embrace the idea of resale, they’re much more interested in controlling that resale in-house. Brands like Madewell, Levi’s and Patagonia have all launched their own resale programs, and while none have attacked a third-party platform the way Nike or Chanel have, they are now in direct competition with them for the second-hand sale of their own clothes.

Likewise, third-party resellers have no obligation to do what brands want, according to Ruben.

“They have no ultimate need for a brand other than the logo that validates the product,” he said.

Panic set in among crypto investors on Thursday morning after the precipitous decline of the dual cryptocurrencies Luna and Terra, the latter of which is a “stablecoin” meant to always trade at $1 per coin. By Thursday afternoon, Terra was trading at 23 cents per coin. Those who had invested their money in Terra’s companion currency Luna lost billions of dollars collectively, which sent reverberations out into the rest of the crypto world, causing other larger currencies like Bitcoin and stablecoin Tether to sink, as well. Tether fell to 95 cents and Bitcoin to fell by nearly 9%, to its lowest since 2020.

While it’s too early to say exactly what the impact of Thursday’s market panic will be on the rest of the crypto world, fashion brands should take note. The fashion industry has wholeheartedly embraced NFTs, which are often only purchasable with cryptocurrency, and even begun accepting cryptocurrency as payment, as Gucci announced Tuesday. If other currencies collapse — particularly Tether which is the largest stablecoin and gives liquidity to many other currencies — it would be bad news for all the crypto-related projects fashion brands are invested in like Nike with its NFTs or Off-White accepting crypto payments.

Tennis has been everywhere in fashion this week. Fabletics, Louis Vuitton, Michael Kors and Terez all launched tennis categories in the last week, and Sporty & Rich, UpWest and Lululemon did the same in the last two months. Tennis companies like Wilson and Universal Tennis have also made forays into fashion, the former with an upscale streetwear collection and the latter through collaborating with Fabletics.

For Glossy this week, I took a look at why the fashion world has such a fascination with tennis right now. In part, it’s simply because the sport recently became popular in the U.S. In 2020 and 2021, adoption of tennis grew by more than 20% each year, which Lacoste’s North American CEO Robert Aldrich attributed to tennis being a “socially distant sport.”

Ongoing lockdowns to curb the spread of Covid-19 in China came up several times in the earnings reports of luxury brands this week, but the forecast was different depending on who you asked.

Holdings company Tapestry, the owner of Coach and Kate Spade, said the lockdowns hurt sales in China, dropping them by mid-teen percentage points across its brands. In response, Tapestry lowered its full-year forecasts in anticipation of continued losses in China. Meanwhile, Italian luxury brand Tod’s also expects losses in China but did not lower its full-year forecast, telling investors on Wednesday that it still plans to meet its goals regardless of its performance in China.

Join us for the Glossy E-Commerce Forum in NYC tomorrow, May 16 as we bring together leaders from influential brands and retailers to break down how they’re winning customers, driving sales and rethinking the omnichannel concept. When you purchase a pass, you’ll also gain access to the Commerce Week Town Hall taking place virtually on Tuesday at 11am EDT.