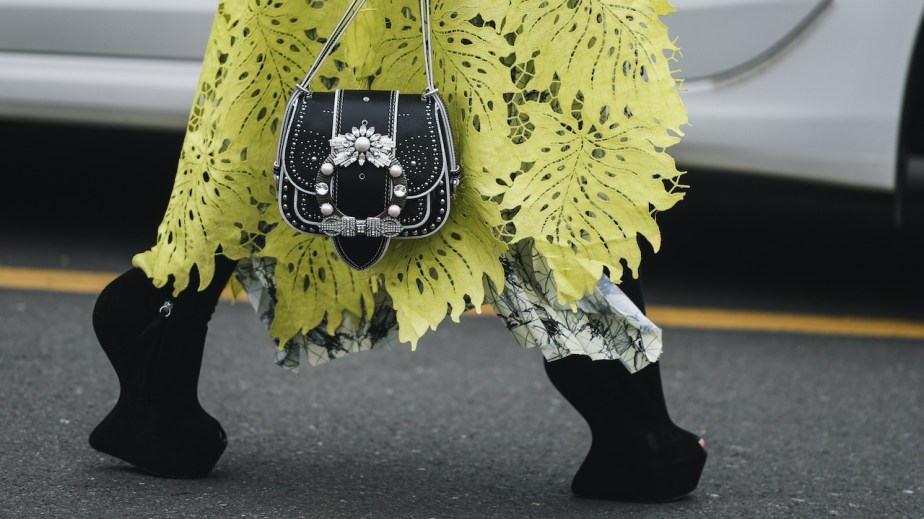 At New York Fashion Week shows next week, veteran buyers and editors could be seated next to an incoming FIT student and her dad, a husband and wife celebrating their anniversary, or two fashion-loving friends from Texas.

A record number of NYFW events are being offered to consumers this season, largely due to more designers being open to the idea. Along with organizer IMG and presenting sponsor Afterpay, designers see it as a natural progression of the event — but also a money-making opportunity. IMG is contending with a downsized fashion week, Afterpay is looking to build on its fashion user base, and brands are strategizing around Americans’ ongoing comfortability with wearing sweats.

If prior fashion weeks are any indication, available tickets will be scooped up by people from around the country as special-occasion gifts, said April Guidone, svp of marketing for IMG fashion events and properties. Regulars also attend, often expanding their entourage to include more friends and family members each season.

Through IMG and its sister company, hospitality provider On Location, 11 brands are offering their fans a range of custom, ticketed packages. The brands include Proenza Schouler, Alice + Olivia, Altuzarra and Staud. Each package grants insider access to NYFW and the brand’s show.

Creating the ticketed packages was a collaborative effort between IMG, On Location and the designers, and the resulting revenue will be shared between them. IMG and On Location will earn their cuts by facilitating the experience. For designers, the earnings will subsidize their show costs or pad their bottom line for this season.

The packages vary, with components including premium show seating, a designer meet-and-greet, admission to an afterparty and a pre-show stylist appointment. Prices start at $750, though most are in the $2,500-$4,500 range. For those looking for a grander experience, The Blonds are offering a $25,000 package that includes a custom corset fitting with its designers. And there’s a non-branded $30,000 “Ultimate Fashion Day” package-for-two, featuring a single-night hotel stay, black-car service to shows and pre-show cocktails with designers, among other experiences.

You can add bells and whistles to the set packages, like getting dressed by the designer for their show, but “the sky is really the limit,“ per IMG.

In prior years, there was no menu of events that consumers could shop from. Instead, those interested in attending fashion week independently reached out to IMG with special requests. IMG then worked with designers to secure required access in exchange for compensating them. Designers who signed on to such partnerships typically kept them hush-hush. This season, however, IMG expects them to promote their custom packages on their social platforms.

“Designers are excited to take part [this season],” said Guidone. “They’re coming off the past year and a half, when they’ve been rethinking how they do most everything. Now, they consider consumers and the industry coming together as the future of fashion.”

The opportunity is social media on steroids, for designers. Just as they’ve come to connect with their consumers directly on social platforms, they see this as a relationship-builder.

IMG has been opening events to consumers on a ticketed basis since 2017. In step with growing consumer demand, the number and sizes of its experiences have been growing every season, said Guidone. The last two seasons were exceptions, due to Covid-19 restrictions and limited IRL shows.

For this season, IMG has established various safety protocols, which include limiting the capacity of shows. As such, IMG said that increasing consumer ticket quantities wasn’t a matter of filling seats. (Even pre-pandemic, industry insiders were questioning the necessity of these events.) “There’s not going to be 500 people in a room, like in prior seasons,” she said.

IMG will be promoting the experiences on its website and social channels including Facebook and Instagram. Around Labor Day, it will do a “big paid social push” and launch an out-of-home activation in NYC via digital news screens that run in elevators. It’s also securing press coverage through consumer and business publications.

Jaime Weston, CMO of On Location, said marketing will be heavily focused on Instagram, for good reason: “That’s where the industry and consumers feel they have an intimate connection with designers,” she said. “It’s meeting them where their passion is already being fed.”

For its part, starting on September 6, NYFW presenting sponsor Afterpay will host a full calendar of consumer-directed live shopping and interactive activations. They’ll include a drop-style shopping event in Times Square, and a pop-up store featuring shoppable products, panel discussions and styling sessions. It will also welcome the public to a small-brand showcase and a one-day festival-style event dubbed Afterpay Quarter. The latter will feature a merch shop, a DJ station and a roller rink. Digitally, the company will facilitate a “see-now, buy-now, pay-in-four [installments]” offering for the new collections of designers including LaQuan Smith.

The company’s goals for its NYFW partnership include helping to “jumpstart the U.S. economy after a challenging year, and re-invigorate retail and local economies in U.S. fashion centers like NYC as the economy re-opens,” said Natalie McGrath, vp of marketing at Afterpay. Along with delivering strong sales for merchants, it’s aiming to make fashion week “more inclusive and more shoppable.”

Of course, the payments provider would reap those benefits. The company has seen a major growth spurt during the pandemic, with e-commerce on the rise and Gen-Z embracing the option to buy now, pay later.

Afterpay will be promoting its activations with billboards in key NYC locations, a NYFW Hub within its app, an in-app giveaway, email newsletters, Instagram takeovers featuring brand ambassadors and social promotions in collaboration with IMG.

On Location is the official hospitality provider for events across industries including music and sports, including the Olympic Games. Weston said fashion is unique, in that people who work in the fashion industry but are not editors or buyers are amped to gain access to historically exclusive NYFW. Comparatively, “players that don’t make the Super Bowl aren’t pining for tickets to the Super Bowl,” she said.

On that note, though Kanye West has filled stadiums with his fashion shows, a sports event-style, consumer-only event isn’t likely the future iteration of fashion shows. “There’s a real business of fashion going on at the [New York] shows, so I’d guess that there’s always going to be an industry element [to NYFW],” said Guidone. “But we’ve worked with our counterparts in other markets on consumer-only shows, and certainly some of our [local] designers have taken part. So, anything is possible.”