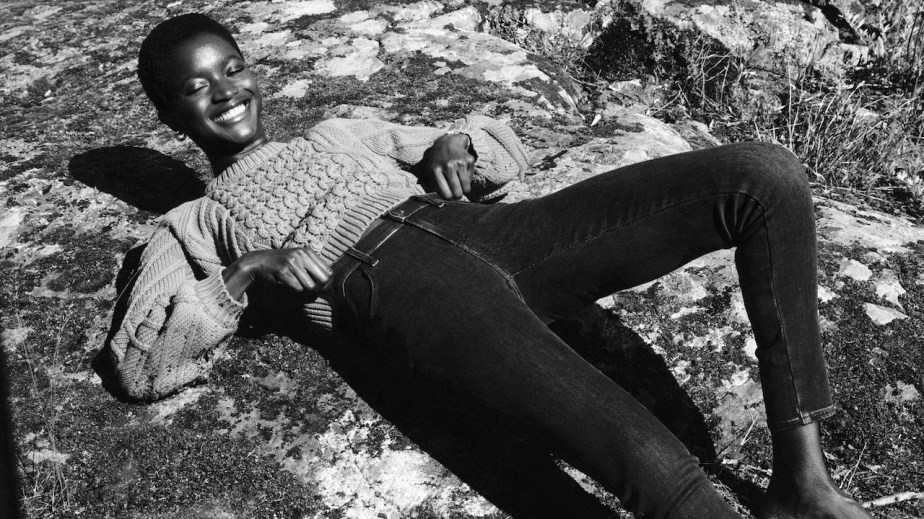 Distressed denim: How the pivot from ‘hard pants’ is changing the industry

In an unprecedented, 2020-style turn of events, jeans are falling out of fashion.

With sweatpants, leggings and shorts serving as the unofficial uniform of Americans staying at home, sales of “hard pants” (aka jeans) are taking a hit. Largely in response, denim-focused brands are overwhelmingly announcing plans to diversify their product assortment by expanding to more relevant styles, including tops, joggers and track pants. Most of the brands don’t consider their new product focuses to be temporary, just as most people who have grown accustomed to wearing sweats have no immediate plans to button a fly. The result is a downgraded denim market in limbo.

Last year, skinny denim styles accounted for 60% of 7 for All Mankind’s women’s business. That number has fallen to 40% this year, as the company’s seen greater demand for straighter-leg styles with “more ease.” The company’s getting set to roll out five new jogger styles for women this month, and for fall, it’s introduced a Tech Series collection of non-denim pants for men. Silverstein said the latter style has the versatility to go “from a home office to the office to outdoor dining,” and she pointed to their “comfort stretch.”

But 7 for All Mankind is also releasing new jeans for fall. That includes coated denim styles with a leather look for women, which are “super relaxed and versatile,” and made from two of the company’s most comfortable, high-stretch fabrics, said Silverstein.

“If you’re a denim brand, to thrive, you definitely have to pivot the way you’re creating [jeans] to make them comfortable,” said Amy Leverton, a denim trend forecaster whose clients include the Kingpins denim trade show. She said a number of brands and mills are now experimenting “with touch and handfeel,” and some are successfully turning out denim with the feel of a track pant. She said Isko, a Turkish denim mill, recently issued a denim called “pajama denim,” which she described as “soft and loose and sloppy.”

Likewise, in August, J Brand introduced a Limitless Stretch fabric for its jeans, with a description that seems suited to a pair of leggings. According to the brand’s press release, it “stretches to twice its original size then retracts back without bagging or buckling,” and “wears like a second skin.”

Leverton also noted that silhouettes are loosening up across the board. She said she just wrapped a denim project with a large fashion company that was heavy in drawstrings, elastic waistbands, looser fits and fluid fabric. It’s set to launch in March 2021.

James Miller, CEO and creative director of The Collected Group, which owns denim-focused Current Elliott among other contemporary brands, said that, for its part, Current Elliott has decided to condense its denim options. Its focus for the foreseeable future will be “every day, hang-around-and-be-comfortable” boyfriend jeans.

“There’s a risk when you’re sitting in the denim category, where it is truly more of an occasion, or go-out-of-the-house, type of product,” said Miller. “Clearly, this isn’t a time for skinny or high-fashion or rigid, going-out jeans.”

At the same time that Current Elliott is shifting its product assortment, it’s moving to a DTC model. The goal is to enable quicker reaction times to what’s happening in the market versus being beholden to a set seasonal launch schedule.

More denim brands are shaking things up to hold strong: While recording a Glossy Podcast earlier this month, Jennifer Hawkins, svp of marketing and innovation at Joe’s Jeans, told me that 90% of the business is bottoms, though that number once accounted for its denim styles alone. Sales of non-denim styles, including joggers, twill pants and a comfortable “tech trouser” for men, are growing, so the brand is now making plans to build out the non-denim category.

“Some things are changed forever,” she said. “We will [now] have parts of our business that aren’t so denim-intensive. We need to figure out: How big can the French terry jogger be to our bottoms business? And what are other categories that our brand can sit nicely in, outside of denim?”

Levi’s has figured that out, but it got started early. “We have spent a lot of time and effort on a strategy we call ‘expand for more.’ It’s focused on [answering] how we grow and diversify in categories beyond denim,” said Marc Rosen, evp and president of Levi Strauss Americas. “Adding a top to that pair of jeans has been key, and tops have grown from just over 10% of our business in 2015 to almost 25%, and the category is still growing.”

Rosen said Levi’s introduced chino and cargo styles to its men’s assortment this year, and that the company’s “big comfort categories” of stretch denim, shorts and fleece are also growing fast, currently making up about 50% of the business. In total, non-denim categories represent about a third of the business, and Rosen said they have potential to reach 50% in the short term.

As its wholesale partners are more focused on Levi’s jeans, the company’s DTC focus is helping it to grow beyond denim, said Rosen. Its direct business makes up 37% of its sales, and the goal is to get that to 50%.

Rosen was quick to point out that Levi’s remains the leading denim brand: As the top selling men’s denim brand, it holds 24% of market share, as of May, according to NPD Group. It’s No. 2 in women’s denim, though that side of the business has grown “well above double-digits” over the past two years. He also noted that jeans still represent just above 30% of the bottoms market, according to NPD.

But Levi’s third-quarter net revenue was down 26% year-over-year. Meanwhile, the net revenue of Lululemon — a popular go-to for leggings  — increased 2% for the second quarter, announced in early September. Denim brands True Religion, G-Star and Lucky Jeans have filed for bankruptcy since April. And overall denim sales for May through July fell by a double-digit percentage compared to the same period in 2019, according to NPD.

For 7 for All Mankind, sales outside of e-commerce are down. “Covd[-19] has been an extreme traffic killer” for the company’s 55 stores, said Silverstein, though outlet locations are faring a bit better. What’s more, orders from retail partners have been down, as “wholesale accounts are really managing their inventories, trying not to over-buy upfront,” she said.

Adjustments the company is making to better position itself include updating its messaging across channels to promote its styles’ wearability. On its e-commerce site’s homepage, for example, prominent copy alongside images of models in jeans reads “24/7 comfort,” “stretch,” “layers to live in” and “works from anywhere.” To better sell the styles’ relatability, the fall campaign features real people, versus models.