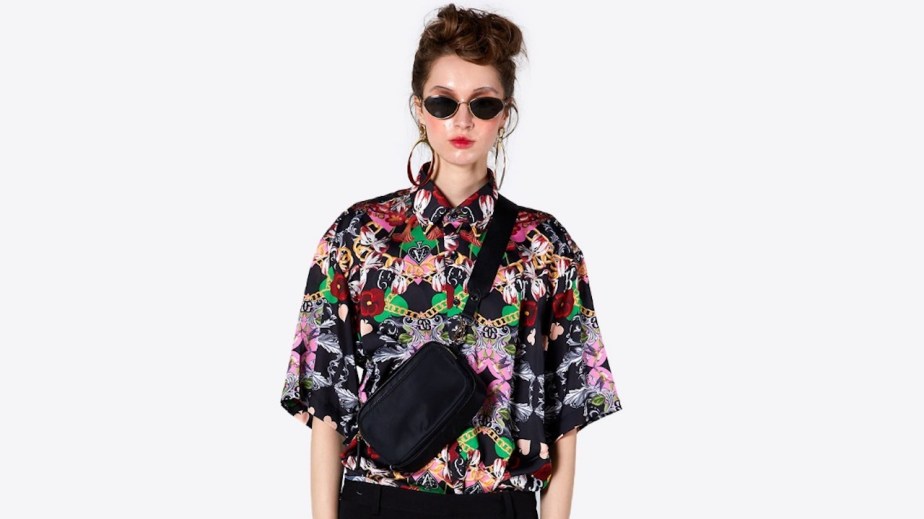 Will K-fashion take off in the US?

K-Fashion is gaining traction in the states.

Timed with its 10-year anniversary, South Korean fashion brand Greedilous launched in the U.S. last month via a direct-to-consumer site that sells its made-to-order styles. It marks the first time the brand has been available to U.S. shoppers, despite that it’s shown at New York Fashion Week, collaborated with popular U.S. brands, and been worn by celebrities including Cardi B and Beyoncé.

According to founder and designer YounHee Park, she was advised to explore and expand to the U.S. market by a top Japanese buyer “because of the Hollywood influence.” Park said she plans to incorporate the brand’s celebrity fans in its local marketing. In addition to American stars, they include actress Sandara Park, formerly of K-Pop band 2NE1, and Korean model Gabi Moon.

Kayla Marci, market analyst at retail data company Edited, said that Korean celebrities are becoming increasingly influential in the states. The popularity of K-dramas, now streaming on apps including Netflix, is expected to transition to the Western market, much like K-pop and K-beauty in recent years.

“With the events of 2020 disrupting the traditional trend funnel, retailers and consumers have been drawing trend inspiration from other mediums such as music videos and viral series on streaming services,” said Marci.

Overall, K-fashion has been catching on, particularly among streetwear fans, which have for years scooped up unique pieces by brands including PushButton and Ader-error.  LVMH-backed L Catterton invested in Korean eyewear brand Gentle Monster in 2017, and more recently, Seoul Fashion Week has attracted global attention rivaling that of the four fashion capitals.

But considering Greedilous’ styles are far from trendy loungewear, the expansion could still prove ill-timed. Unlike the many fashion brands that have launched casual apparel categories since March, Greedlious has remained relatively focused on its bright statement pieces. According to Park, Greedilous was, however, the first Korean brand to make printed masks to match its ready-to-wear styles. And the timing isn’t a concern, she said.

“During this pandemic, the desires for self-exploration and -expression seem [stronger] than ever, and I am happy to continue sharing designs that empower people to communicate and express themselves without fear,” she said, via a translator. Indeed, there’s evidence that bright clothes have sparked joy for consumers during the pandemic.

The brand’s original U.S. launch plan, with physical components, was derailed due to the pandemic, said Park. So she’s currently focused on building its local online and social media presence, and exploring ways to virtually communicate with local shoppers. Greedilous currently has 25,000 Instagram followers. Gaining awareness through a fashion marketplace or multi-brand e-tailer wasn’t an option, she said.

“Selling directly to the consumer allows us to have full control of our brand image and gain a better understanding of our customer in the U.S.,” said Park. “We hope to use the [resulting] insights to offer better service and support, strengthen brand loyalty, and build stronger relationships with existing and potential customers.”

According to Polly Wong, president of marketing and creative agency Belardi Wong, international brands are increasingly opting to launch stateside by way of DTC channels.

“They’re building DTC in the U.S. for the same reason wholesale brands are [now] building DTC in the U.S. People are starting to realize the power of the customer relationship,” she said. “If your customer buys your product in Amazon, you never really build a relationship with them — and having a marketing customer database is a tremendous asset to a company. When you can continue to re-market directly to that consumer, you drive up their lifetime value and you drive up the profit of the company.”

Greedilous’ U.S. e-commerce site is simply the Korean site updated to feature English copy and local currency. As the brand doesn’t have a local warehouse, orders will ship from Seoul, arriving to U.S. shoppers in 2-3 days via FedEx, EMS or Master Air. Park is currently seeking a local web developer to take the site to the next level, with more imagery, for example.

In February 2018, Greedilous styles walked the runway at New York Fashion Week through Concept Korea, the government-sponsored fashion show aimed at promoting global awareness of Korean designers. Park said the show drove interest from U.S. buyers and celebrities, the latter of which shopped the styles and fueled awareness and “rocketed” sales in Korea. Beyonce bought an entire rack of Greedilous clothes in NYC, according to Park.

Also helping to market the brand are its regular collaborations with Barbie, Givenchy Beauty, Prada Eyewear and Paris Hilton, among others. Since launching in 2009, the brand has collaborated on 36 collections in Korea. Park said it’s a strategy she plans to continue in the U.S.

Park self-funded the brand until 2019, when she became one of five designers to receive a government grant from the National (Korean) Designer Fund. She said investors have come knocking, but she’s passed as she disagreed with their ideas for the company’s direction.

In 2016, Greedilous expanded into menswear after Park noticed men buying pieces from the line — it’s made up of the same styles in men’s sizes. Three years later, she launched Yunni G., a sub-brand targeting a younger demographic.

Moving forward, Park wants to grow Greedilous to become a large unisex brand, reaching Chanel status. A couture line is in the brand’s future, she said, especially as she sees it as an extension of the current on-demand manufacturing model. Greedilous currently employs eight people and four freelancers who specialize in pattern-making and production.