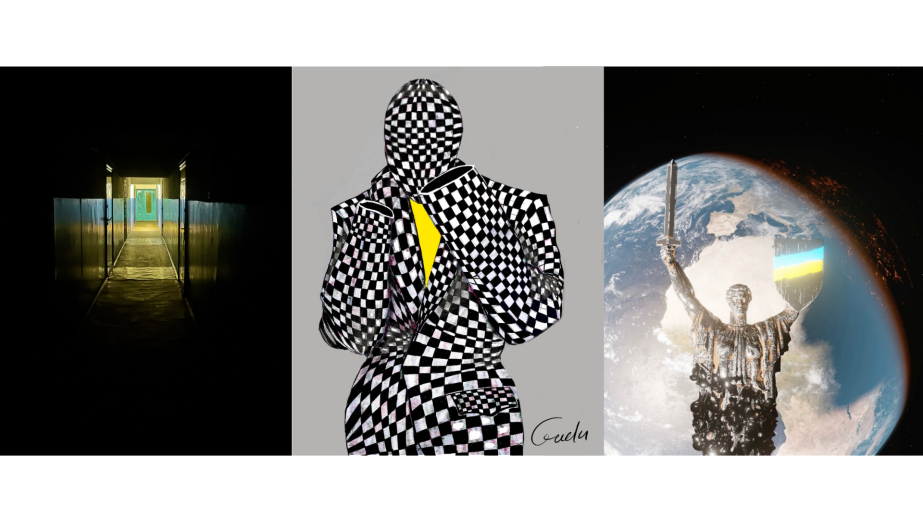 Fourth wave of sanctions by the US, UK and EU on Russia bring ban on luxury products

With the ongoing war in Ukraine now in its fourth week of the invasion, the U.S., the U.K. and the E.U. have implemented a new wave of sanctions targeting the luxury goods market in Russia. At the same time, the Ukrainian fashion industry is bracing itself for a long-term impact on their businesses, and local designers in Ukraine are calling for continued support from the international fashion community.

On Tuesday, the U.K. joined in the E.U. and G7 countries’ call for luxury sanctions, with an export ban coming into place next week on items like luxury vehicles, high-end fashion and art. Meanwhile, new import tariffs will be placed on silver, copper, fur skins and artificial fur. The full list is yet to be finalized. “Our new tariffs will further isolate the Russian economy from global trade, ensuring it does not benefit from the rules-based international system it does not respect,” Rishi Sunak, chancellor of the exchequer, said in a statement. “These tariffs build on the U.K.’s existing work to starve Russia’s access to international finance, sanction Putin’s cronies and exert maximum economic pressure on his regime.”

In a coordinated move between the G7 countries and the E.U., the sanctions first implemented on March 11 are hoping to bring added pressure to the oligarchs and associates of Putin in Russia, who are the main buyers of luxury goods in the country. Although previous luxury sanctions were discussed, the new sanctions target direct exports from each of the countries, with specific goods stated. For the U.S, this includes makeup brands, sneakers, sweaters and ski suits valued at $1,000 or more, as well as high-end watches. The list does not include all garment categories.

In a statement from the U.S Department of Commerce, Thea D. Rozman Kendler, assistant secretary of commerce for export administration, said, “Before today, controls on luxury goods only applied to rogue state North Korea — a regime where its leaders and their political cronies live in opulence while their people struggle. Today’s action should remind Putin and his Russian and Belarusian cronies that the world strongly condemns the horrors they have wrought. The U.S. and our allies and partners will continue to stand together in imposing severe consequences on Russia and Belarus for the continued invasion of Ukraine.”

The European luxury industry is the biggest in the world, with an estimated value of €800 billion ($881 billion) and accounting for over 10% of E.U. exports. According to the European Commission, the impact from the E.U. sanctions on Russia may be more severe than those imposed by the U.S. Over 60% of its production is sold for export outside the bloc. On Friday, Ursula von der Leyen, E.U. commission president,  said at a press conference after the E.U. summit on the war at the Chateau de Versailles, “Those who sustain Putin’s war machine should no longer be able to enjoy their lavish lifestyle while bombs fall on innocent people in Ukraine.” While many luxury goods are bought by Russian tourists abroad, recent measures mean that additional sanctions add to the impact felt by major brands like LVMH, Kering and Richemont closing their stores, even temporarily.

The continued efforts of the international fashion community and Ukrainians abroad have been instrumental in keeping the defense lines strong during the invasion. Kyiv-based designer Ksenia Schnaider said the initial lack of posts about Ukraine on social media shocked her. “I was shocked how people could ignore such a horrible war in the center of Europe. I made a post on Instagram — I was desperate. Now it seems that they have finally realized that one of the biggest countries in Europe [which is a two-hour flight from Paris] is in danger and people are suffering. Fashion houses are donating, bloggers are making posts, industry workers are writing words of support. I am truly grateful. The only message I would love to say is, ‘Please, don’t leave us tomorrow. Keep fighting for peace until the war is over.”

Ukrainian digital fashion design houses have been particularly vocal in their fundraising and educational efforts about the ongoing war in Ukraine and developments over the past four weeks. In light of the ongoing Russian invasion of Ukraine, Vogue Singapore and Vogue Ukraine have come together to put forward a “Fashion for Peace” NFT collection by six designers and artists from Ukraine, with proceeds being donated to Save The Children. Philipp Vlasov, editor-in-chief of Vogue Ukraine, also mentioned in a Twitter Spaces on Wednesday that the international Vogue titles will be working to include the stories from the unpublished Vogue Ukraine print edition.

Other digital fashion companies are taking the opportunity to engage their communities in raising proceeds and building new partnerships. Dmitry Kornilov, CEO of FFFACE.ME, an AR digital fashion brand from Ukraine, said, “The war caught us off-guard during our collection release PR campaign, and we were forced to put the process on hold. After a while, we understood that we didn’t want to let the enemy make us weaker or ruin our plans. On the contrary, we must become stronger.”

The company’s strategy has now expanded to share its earnings with funds that support Ukraine and Ukrainians and to focus on its timely projects. “We must be strong and continue our work and actively do our part in rebuilding a peaceful world. That’s why we’re open to digital fashion collaboration requests from international brands and are ready to meet in Berlin [where we’ve relocated] at any time,” said Kornilov.