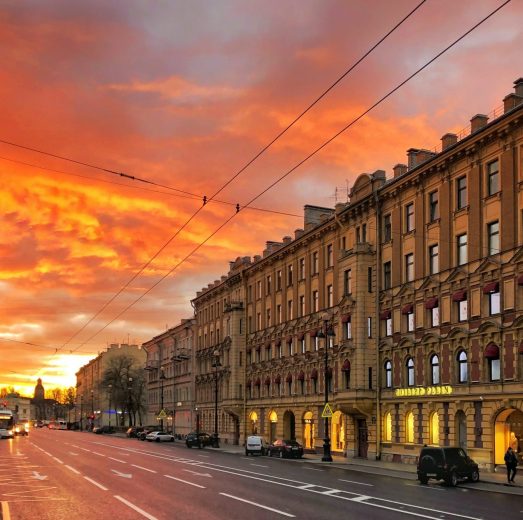 How fashion brands in Russia are navigating staffing and store closures

Many fashion brands, including in luxury, have responded to the Russia-Ukraine war with statements and donations in the past week. Meanwhile, some, like Hermès, have pulled out of selling in Russia. Brands are struggling with how to help staff on the ground in Ukraine and in Russia. However, as carriers and shipping are unable to get through because of blocked airspace in Russia, the decision to halt business operations could primarily come down to logistics.

The ongoing war in Ukraine and the implementation of sanctions on Russia have put fashion businesses in a bind. With flights canceled, the currency collapsed, SWIFT payments blocked and credit companies like Visa, Mastercard and Apple Pay pausing business in the country, access to funds for Russian consumers is difficult. L’Oréal, LVMH and Kering have all pledged financial support to organizations helping Ukrainian refugees. With long-term ESG considerations to consider, as well as the international public supporting Ukraine, brands have been slowly pulling out of operations in Russia.

The implementations of sanctions and blocked airspace mean that logistics and cargo transportation have also been removed from the equation. DHL Express, United Parcel Service and FedEx have all announced they have halted deliveries to and from both Russia and its ally, Belarus. Shipping lines like Maersk, MSC and the CMA CGM have paused their nonessential deliveries last week, as well.

The Deutsche Post subsidiary DHL posted a statement on its site on March 2, saying, “Our inbound services to Russia and Belarus have been suspended, which is why we are also not accepting shipments to those countries until further notice. We are closely monitoring the situation and we will keep you updated about any further developments.” However, letters, parcels and small packages will still continue to be sent to Ukraine and Russia on land.

For the luxury market, this will also have a domino effect. Sales in Russia and to Russians abroad account for less than 2% of overall revenue at LVMH and less than 3% at Richemont. Richemont announced on Friday that it had suspended its activities in Russia, in response to the crisis in Ukraine. Its brands operate roughly a dozen Russian stores. The Burberry Group PLC is keeping its three stores in Russia open, but it will stop resupplying them because of “operational challenges,” according to a Burberry spokesperson. In a LinkedIn post, luxury leatherwear brand Hermès said, “It is with regret that we have taken the decision to temporarily close our stores in Russia and pause all our commercial activities from the evening of March 4th.” Many luxury brands will also have retail and operations staff to look after, both within Russia and Ukraine; a great number of workers are being affected by an invasion they have no part in.

As the Russian market tumbles, people will be looking to luxury products to keep their assets safe. The appetite for value appreciating products, especially within the secondhand market and in the luxury watch space, will still be going up, as the inflow of new goods will have stopped and the currency at an all-time low. Brands like Cartier, Rolex and those within the luxury watch and jewelry space will be the most popular, although, similarly, appreciating handbags and other accessories may also become key.

An Exane BNP Paribas luxury goods analyst noted today in an email to Glossy that sanctions will have an effect on the Russian luxury market. “All luxury brands will put operations in Russia on ice. This is a matter of practicality, more than anything else. With the sanctions in place, transferring funds and merchandise to and from Russia will become close to impossible. Hence, the move,″ said analyst Luca Solca. He estimated that Russians account for 5-7% of global spending on personal luxury goods. Comparatively, Americans account for 14%.

Mr. Leonid Fridlyand and Mr. Leonid Strunin, billionaire owners of the largest retail conglomerates in Russia, the Mercury Retail Group, were hoping to have the company announce its IPO in November last year. The company has 125,000 employees, 35 jewelry and watch boutiques in Moscow, seven in St. Petersburg and five in Sochi, each representing brands like Rolex, Breitling, TAG Heuer, Gucci and Chanel. While some luxury consumers have been buying up luxury products in the last week, the Mercury Group IPO will no doubt have to wait for more favorable conditions.

The sanctions and the limitations are also having an effect on the middle and mass market. In a remarkably frank statement, fast fashion brand Asos said on March 2 in a statement on Twitter, “Against the backdrop of the continuing war, [it] has decided that it is neither practical nor right to continue to trade in Russia.” The fast-fashion retailer generated 4% of its sales in Russia and Ukraine last year. TJX, the parent company of T.J. Maxx and Marshalls, has made a bolder move, saying in a filing today it will divest its stake in Familia, a retailer with 400 stores in Russia, and pull two of its executives from the board “in support of the people of Ukraine.” The company paid $225 million for the stake in 2019. Nike was one of the first brands to close its Russian stores and ceased all sales to the country, as of Thursday.