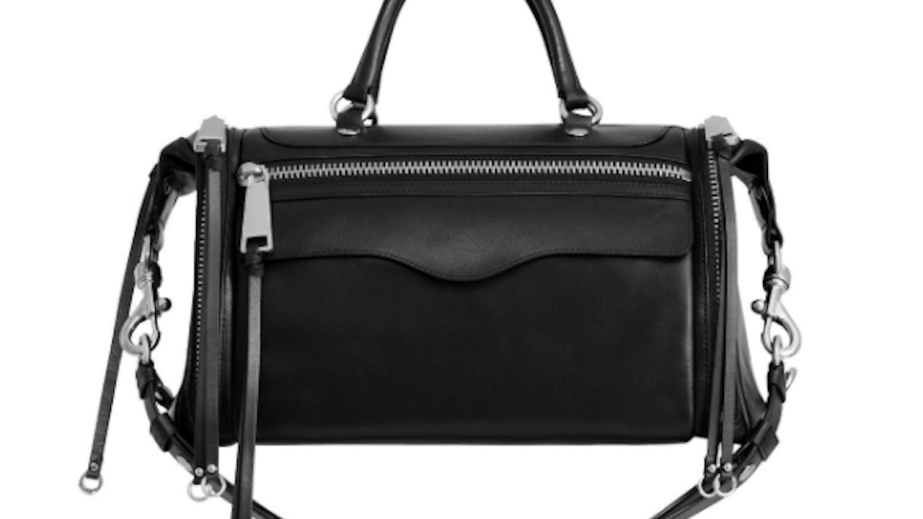 The fashion and financial industries are gaining from each other’s advantage.

Despite the stock market recently providing evidence to the contrary – namely, via shares tumbling as apparel brands and retailers downgrade annual projections — the financial and fashion industries are getting cozier. More specifically, tapping into the opportunities the other provides is trending among the leaders of both packs.

On Friday, Rebecca Minkoff and global financial services firm Morgan Stanley launched a product collaboration in the form of a roomy, work-perfect handbag. With more women entering the financial industry, the idea is that the bag will serve as women’s counterpart to the masculine, financial firm-logoed duffel popularly carried as a symbol of status and pride among financial professionals. At the same time, it’s meant to reflect banking’s growing gender inclusivity and to heighten the confidence of women in the field.

“Women comprise over half of all entry-level financial services roles and control over $14 trillion​ in personal wealth. But, [Morgan Stanley proprietary research showed] that women feel financial services is often an unwelcoming and patronizing industry,” said Alice Milligan, CMO of Morgan Stanley. At the same time, the company’s research found that less than 3% of women carry the traditional “banker bag.” And over 50% of people said the style is non-inclusive, appealing solely to men.

When Milligan joined Morgan Stanley as CMO in June 2021, she prioritized syncing the company’s brand and marketing strategies with its growth strategy, which includes its recent acquisitions of E-Trade and Eaton Vance. Key to that is appealing to a broader consumer audience.

“The [canvas ‘bank] bag’ doesn’t appeal to people who want to use their bag to express themselves; it doesn’t give you a sense of confidence or style,” Milligan said.

She added, “Symbols signal change, and with [the Rebecca Minkoff partnership], we want to signal a desire to be more inclusive.”

Milligan approached Rebecca Minkoff about partnering, based on Minkoff’s history of championing women — for example, in founding the Female Founder Collective and the Superwomen podcast. Her “personal story, which shows what a woman with confidence can do,” was also a factor, Milligan said. It just so happened that Minkoff was preparing to relaunch the Morning After Bag, which first put her brand on the map in 2005, and that the original version — sized to hold a computer and take users from day to night — was inspired by a banker bag, according to Minkoff.

“Positioning the bag as a symbol of power and a way to show that you can be in finance and successful, and also have style — that they’re not mutually exclusive — felt like the perfect way to usher in” the updated style, Minkoff said.

Dubbed the Rebecca Minkoff x Morgan Stanley Banker Bag 2.0., the style features recurring M.A.B. signatures including a small front pocket, a detachable strap and zipper details. Meanwhile, updates include the incorporation of responsibly sourced, olive-tanned leather, driven by Morgan Stanley’s commitment to sustainability. “Every step that went into making this bag was made to eliminate waste,” Minkoff said.

Though Rebecca Minkoff has played in the sustainable fashion space before, via the RM Greene clothing line launched in 2021, this marks the first foray of the brand — for which handbags drive a majority of the business — into sustainably-sourced and -made handbag styles.

The move sparked the theme of sustainability that will define Rebecca Minkoff’s Spring 2023 fashion show during New York Fashion Week on late Friday afternoon. A video on sustainability will be showcased, plus the show — which will incorporate projection mapping on white apparel — will exclusively feature sustainably sourced materials, Minkoff said.

On that note, Morgan Stanley is set to have a presence at the show. It’s enlisted influencers like Haley Sacks, better known as @mrsdowjones on Instagram (290,000 followers), to carry the bag and post about what it stands for and why it matters for women professionals. In addition, the firm will feature a sizzle reel of the Rebecca Minkoff show via its digital signage in Times Square, as well as signage in markets including London and Tokyo. As for other marketing, information on the collab will be shared on Morgan Stanley’s intranet and social channels.

The bag will be available on RebeccaMinkoff.com and will be gifted to select Morgan Stanley employees, including the heads of its women’s interest and Pride networks, as well as some senior executives. Starting next year, they’ll be made available to a wider pool of employees, said Milligan.

“You’ll definitely see more collaborations from us, as they’re reflective of our collaborative [company],” Milligan said.

The bag’s release comes amid other news highlighting fashion and Wall Street coming together. On Wednesday, news broke that Kim Kardashian, founder of $3.2 billion apparel and shapewear brand Skims, along with successful beauty businesses, is launching a private equity investment firm with Carlyle Group alum Jay Sammons. They plan to invest in businesses in consumer products, luxury and digital commerce, among other industries. Also on Wednesday, French luxury fashion retailer Printemps announced the opening of its first U.S. store location, at One Wall Street in NYC’s Financial District.

Earlier this summer, while discussing her strategies for launching Australian fashion brand Scanlan Theodore in the states, Melinda Robertson, co-owner of the brand’s 5-year-old U.S business, shed light on the opportunity of catering to women bankers.

Pre-pandemic, Scanlan Theodore had a dedicated team hosting 10-20 pop-up shops per year at large U.S. financial conferences, including those put on by Barron’s, Reuters and CHIPS. They’ve proven strong marketing and sales channels for the brand.

“The most successful female financial advisors in the U.S. come to these conferences, so you can imagine how much they shop,” Robertson said. “The client base we’ve acquired from them has been quite large and lucrative. Plus, these customers travel a lot — so we may acquire her at the Barons conference in Texas, and then, six months later, she’ll pop into the store in New York and blow the place up [with a high-value transaction].”

Though setting up shop at these conferences requires a hefty investment, Robertson said, the ROI has proven well worth it. “We don’t have to get the women there,” she said, referencing the guaranteed foot traffic, plus the setup is simple: three mannequins, a “beautiful sign” and displayed products.

According to an apparel business owner speaking off the record, pop-ups hosted by their brand at day-and-a-half financial conferences have driven sales upward of $80,000. M.M.LaFleur has also tapped the opportunity, “leveraging financial conferences as a brand awareness tool and sales lever, before the pandemic,” said Callie Kant, vp of brand and creative at M.M.LaFleur. It has since pivoted its product focus to more casual styles befitting both “living and working,” and has updated its brand and sales strategies accordingly, she said.

As for Rebecca Minkoff, based on surveys the brand has conducted, women in the financial industry are an existing customer demo. As such, the Morgan Stanley collab is catering to its shoppers. “The rest of the world has gone into sweatpants mode, but in finance, you still can’t show up to work in sweatpants,” Minkoff said. “So [we’re focusing] on how to continue making a woman feel stylish, special and cool when she’s going to work every day.”

It’s worth noting that professionals making the leap from the financial industry to fashion has caught on in recent years, in step with the rise of the direct-to-consumer sales model and its proven ability to skyrocket consumer companies’ growth. For her part, Robertson left a career at Goldman Sachs to tackle Scanlan Theodore’s expansion opportunity. Likewise, her co-founder, Sarah Blank, was formerly at PIMCO. As Robertson tells it, both women are from Australia, where Scanlan Theodore is the “preeminent lower luxury brand.” And both had made the brand their work uniform, resulting in constant compliments by U.S. colleagues.

Others that have moved from finance to fashion include Aday’s Nina Faulhaber and Meg He, who both worked at Goldman Sachs, and Louisa Serene Schneider, who had roles at J.P. Morgan and Morgan Stanley before launching 3-year-old earrings and piercing brand Rowan.

On the flip side, women founders know the importance of women working in the financial industry. Many have shared with Glossy reporters their experience of walking into a room of white men while fundraising. They’ve also mentioned the regular occurrence of investors stating the need to consult with their wives to determine the usefulness of their company’s products. As Summersalt co-founder Reshma Chamberlain put it, the investment world often “boxes out” women’s ideas, as it’s so dominated by men.

“Women have been in the financial industry, but they’ve been underrepresented and underheard,” Minkoff said. “It’s time we be loud and proud, and push to make this area truly more inclusive and representative.”

On top of collaborations like the  Rebecca Minkoff x Morgan Stanley Banker Bag 2.0, she said, “Women like Kim Kardashian going into [the financial industry], are going to blow the doors open even wider [for women]. Hopefully it will become a groundswell of activity in this space.”

How fashion is getting Gen Z excited about sustainability

‘It’s a new era’: Fashion brands are bringing in new leadership to deal with a changing world