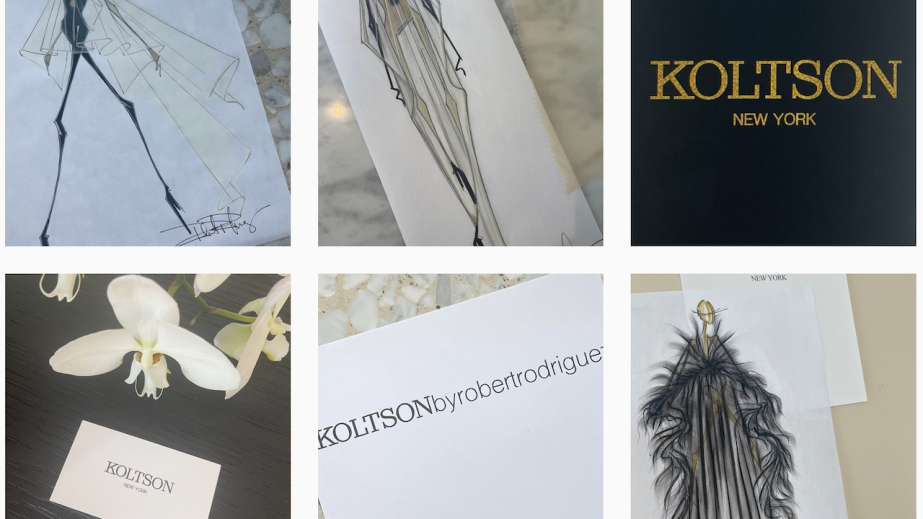 Inside the values-driven mass exodus of luxury fashion’s creatives

The pandemic effect on fashion’s creative directors has been a reevaluation of priorities, resulting in breakups with big brands.

Since the start of 2020, designers at leading fashion companies have been leaving their posts to increasingly flex their creativity, prioritize sustainability, establish autonomy and take advantage of opportunities to collaborate. For some, that’s meant starting a brand of their own. Meanwhile, others have moved on to younger brands with more openness to experiment and more like-minded values.

In February, Halston chief creative director Robert Rodriguez left the company to pursue a dream of bringing a sustainable, art-infused, collaboration-centered eveningwear brand to market. Koltson by Robert Rodriguez, a brand name he trademarked before joining Halston in 2020, will debut via a fall 2023 collection released at New York Fashion Week in February. In September, creative director Elizabeth Giardina will introduce her first collection for 2-year-old, B Corp-certified Another Tomorrow. She joined the company from Proenza Schouler in March. And Natacha Ramsay-Levi, who left Richemont-owned Chloé after four years in late 2020, shed light on her direction with her return to fashion early this month. Through the At.Kollective designer collective, which is focused on developing experimental products in limited quantities, she released nine pieces, including handbags and furniture pieces. Her own brand, encompassing ready-to-wear, accessories and furniture, is set to roll out in November, according to a spokesperson.

“I want to do something that’s about collaborating with different artists and artisans around the world, and contributing to the environment,” Rodriguez said on a call this week. “[At Halston], I was very limited, in terms of doing what I wanted to do.”

So far, Rodriguez has linked with two artists, including NYC-based Spanish illustrator Pepe Muñoz. They’ve been busy recreating Rodriguez’s design sketches in watercolors and creating social media videos for Koltson. Alongside Rodriguez’s first ready-to-wear Koltson collection, their one-of-a-kind artworks for the brand will debut at an art gallery in February.

“I want to support and strengthen cultural awareness of other communities and regions visually, through exhibitions, trunk shows and social media,” he said. “The marriage of fashion and art is relevant in the industry and in cultures around the world, and it can change the way [people] look at the industry.”

For Koltson, Rodriguez’s approach to sustainability is centered on using recycled materials, as well as leveraging eco-conscious mills and factories based in the U.S. In addition, styles’ embellishments, beading and painted prints are done by hand at an NYC-based atelier.

Rodriguez helmed a namesake contemporary brand for 16 years, until 2019. He sold it to Jones New York in 2010, before buying it back in 2017. He plans to sell Koltson at department and specialty stores, and direct-to-consumer online. Bergdorf Goodman is an ideal launch partner for the brand, based, in part, on its planned high price points, he said.

“I want to design without limitations because that’s where I am in my life now,” Rodriguez said. “I want to create something different, meaningful and relevant. I have the [necessary] resources now, and this feels organic and new to me.”

Giardina echoed the sentiment. Before joining Another Tomorrow, she was vp of design at Proenza Schoeler for five years and, prior, held the same role at Derek Lam 10 Crosby. She started Proenza’s White Label division and led its expansion to new categories, including activewear via a 2020 collaboration with Goop.

“The industry needs to be rethought,” she said. “The way people are working feels outdated, and the wholesale system is such a struggle for brands. Since starting my career, [the focus] has been [making clothes] cheaper and faster to compete. I knew I wanted a change, but I didn’t know what that meant.”

Enter Another Tomorrow founder and CEO Vanessa Barboni Hallik, who spent months wooing Giardina. Barboni Hallik’s fresh perspective on the industry, coming from finance versus fashion, proved a selling point for Giardina, as did her proven ability to fund-raise and her tech savvy. According to Giardina, Barboni Hallik’s questioning of age-old fashion practices around pricing, sampling, quality standards and developing materials has been eye-opening. Another Tomorrow works directly with farms to source materials and launches two collections per year.

At the same time, Giardina had been seeking an opportunity to fully lead a brand’s design, and was excited about the opportunity to also creative-direct content and store designs for Another Tomorrow, she said.

“[Switching companies] was not about money or going to a bigger brand,” Giardina said. “I wanted to lead design for a brand I believe in and that’s doing interesting product.”

Giardina’s first order of business is injecting the brand’s products with fresh silhouettes and textures. Expanding it to accessories, menswear and home categories catering to its ultra-conscious customer will follow. Working with a team of 13, rather than 50-70 people, has meant quicker decisions and approval processes for Giardina, allowing her to plan last-minute photoshoots, for example. Another Tomorrow will have 16 employees by the end of the year, according to the company.

Where there are some limitations, however, is in the range of materials Giardina can use. “Everything is vetted by our vp of sustainability [Tara St. James], who’s not messing around,” she said.

“I don’t know of another brand that’s this serious about sustainability and ethics,” she said. “I hope that this way of working trickles into other parts of the industry. But if you’re not a business based on these principles, it’s going to be hard to pivot.”

Leaving a big-name fashion brand for greener pastures was also the driver of Mirco Scoccia when he launched plant-based footwear brand O2 Monde in January 2021. Prior, he’d designed footwear for 20 years for brands including Tory Burch and Bottega Veneta. At the time, he told me that luxury brands are doing “everything” wrong, in terms of sustainability. What’s more, he said, their big budgets are working against them.

“They think being creative means spending more money, like, ‘Maybe we’ll be more relevant by going a different direction,’” he said.

Meanwhile, six months after leaving Chloé, Ramsay-Levi told interview publication The Talks, “I’ve been questioning what I want to do and how I want to do it. … Part of the reason why I left Chloé [was] to take back that coherence between the way I think and the way I live.”

Moving forward, she said, she wants to “restore a more active relationship with the world and with politics” through craftsmanship.

Luckily for these designers, the rise of values-driven shoppers has also been a pandemic effect.

The New York Fashion Week calendar for spring 2023 has been released. Among noteworthy participants are Milanese brands Fendi, in celebration of the Baguette’s 25th anniversary, and Marni, in an aim to get closer to shoppers. In addition, H&M-owned Cos holds a show slot for the first time.

On their second-quarter earnings calls this week, both LVMH and Kering referenced boosts in sales to American tourists in Europe. The big takeaway: Not only is everyone traveling to Europe, as Instagram suggests, but they’re shopping there, too.

Hours before the release of Beyonce’s new album on Friday, its promotional imagery swept Instagram like wildfire. Among designers behind the many featured statement looks are Australia-based Bethany Cordwell, who created the black-and-white swirl bodysuit, as well as Schiaparelli and Mugler.

How LVMH and Kering are preparing for a recession

The metaverse is inspiring experiential retail