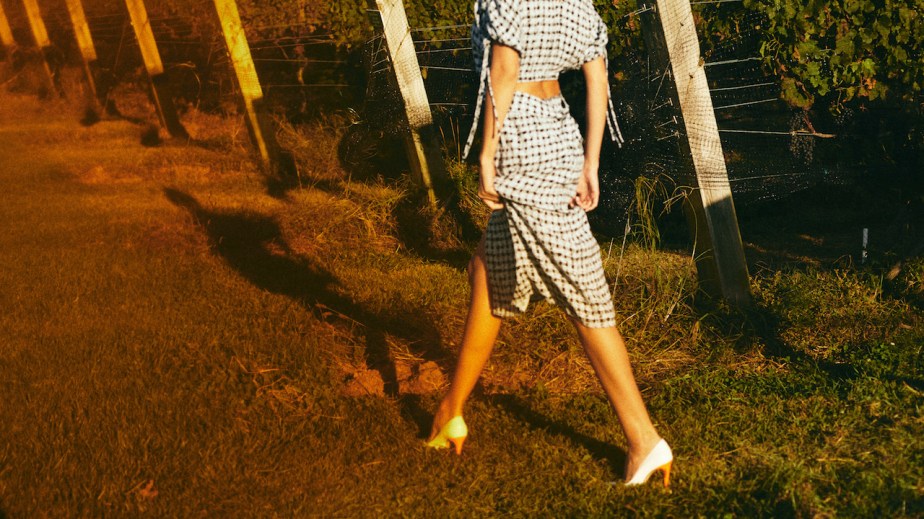 ‘I want to push the industry’: How a veteran designer plans to bring sustainability to luxury shoes

After working for more than 20 years as a shoe designer for top luxury brands, Mirco Scoccia is introducing a new company that combines the best of his experience with today’s consumer values.

On January 1, Mirco Scoccia will debut O2 Monde, a direct-to-consumer footwear brand centered on sustainable production and Italian craftsmanship. The whitespace the company is filing is a luxury footwear brand that prioritizes cutting-edge processes in sustainable manufacturing, said Scoccia. In contrast, others in the shoe category fall short on sustainability, leaning too heavily on “have-forever styles,” when pressed about efforts.

Scoccia has designed shoes for Bottega Veneta, Tory Burch, Cole Haan and M.Gemi, and grew up around his father’s shoe factory in Fermo, Italy. As he put it, other luxury brands are doing “everything” wrong, in terms of sustainability. He pointed to their habit of creating 600-800 samples of styles, resulting in “constantly throwing away product and money,” as well as their constant use of leather, despite the pollution caused by leather production. In addition, he said, they’re wasteful in how they market and sell their shoes, as it no longer makes sense “to fill a 3,000- to 5,000-square-foot space with product.” And their operational teams are excessive, he said; O2 Monde is run by a team of five.

For O2 Monde, he set out “to create shoes in a more sustainable, vegan and clean way,” he said. After researching materials and production in other categories, including furniture and cars, he began testing the use of available sustainable materials in creating shoes. He found a workable selection, including those made from pineapple, wood and wine, and approached Italian factories about the possibility of using them in his shoes’ production.

“There was an [obstacle], in that I wanted to use plant-based materials and also work with traditional [Italian] manufacturers,” said Scoccia. “I had to convince families that had done their work the same way for generations to shift to a better mentality.”

O2 Monde now works with three Italian factories — one for sneakers, one for casual styles and one for dress styles. The company’s warehouse is also in Italy and will ship products directly to customers. Scoccia said he’s also saving energy by exclusively designing in New York, instead of making frequent trips to Italy. And he’s minimizing waste by tailoring shoe shapes to lasts, rather than sketching his designs. Like his luxury counterparts, he plans to focus on seasonless, “icon” styles, versus trendy shoes.

Aside from nailing down factories, a challenge for Scoccia has been keeping his prices reasonable ($268-$398), as working with sustainable materials requires “more work and more attention.”

The brand is set to maintain its initial direct-to-consumer model to retain a connection with customers — but Scoccia insisted that, thanks to his design background, O2 Monde won’t be just another DTC brand.

“In the last 10 years, these big tech companies have tried to launch shoes, but they didn’t have expertise. It’s a lot of marketing effort, but with no design,” he said. Scoccia is also heading up the business and marketing of his brand.

“With sustainability initiatives — whether around the packaging or the product lines themselves — they always fell short, because they involved moving such a big machine,” said Crooks, in regard to efforts by his former employers. “And a lot of our sustainability claims were by default — an espadrille is, by nature, a little bit sustainable. We didn’t really do anything to meaningfully pivot.”

Scoccia acknowledged that it was easier for him to apply sustainable practices by starting his brand from scratch.

On Friday, O2Monde.com will launch with a “simple, fresh design,” rather than with a lot of information around the brand’s sustainable-focused processes that could “confuse people.”

Less will also be more when it comes to the marketing strategy. Crooks said he’s been working with Scoccia to come up with “out-of-the-box,” “culture-centric” methods of marketing. For an example of potential results, he pointed to content that has recently taken off on and beyond TikTok — namely “the Ocean Spray guy” and how buzz around his video “bled into other facets of life.”

“That’s the perfect example of how something can blow up if it taps into the right nerve, for one reason or another,” said Crooks. “A lot of what brands are trying to do on TikTok is coming off as corporate, because it’s not starting from a place of culture or trends.”

According to Scoccia, brands’ big budgets are working against them. “And they’re not so creative,” he said. “They just spend money in the same way [they always have] — and they think being more creative means spending more money. Maybe we’ll be more relevant by going a different direction.”

Scoccia said future innovation in the footwear industry will not come from new styles, as the same styles tend to come back decade after decade. Instead, they’ll be in the materials used to create the shoes and in the shopping experience that footwear brands offer to consumers.

Moving forward, he plans to create a proprietary sustainable material, as well as to build his company out to be a lifestyle brand by expanding into men’s shoes, handbags and ready-to-wear. He hopes that his success along the way will inspire established brands to take more action around sustainability.

Crooks agreed that O2 Monde could have an impact. “At larger companies, we’d decide we couldn’t pull off a certain thing, but then we’d see a smaller brand with a lot of firepower behind it — creatively and technologically — do that very thing,” said Crooks. “That’s what challenges large brands and how change eventually happens.”