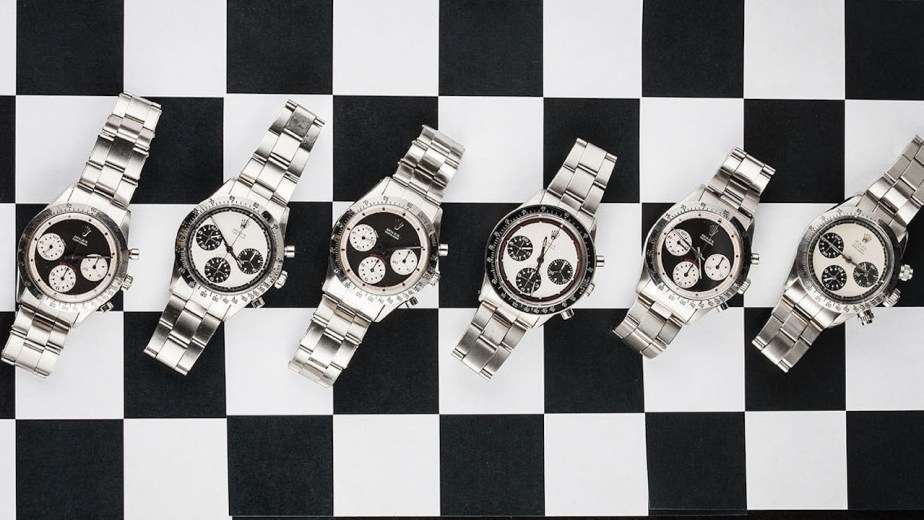 Fashion Briefing: Inside the unregulated world of Reddit fashion resale

This week, a look at risky but rewarding watch trade on Reddit, as well as a review of 2022’s biggest news in sneaker resale. Scroll down to use Glossy+ Comments, giving the Glossy+ community the opportunity to join discussions around industry topics.

There are many official channels for buying and selling secondhand watches, from online platforms like Chrono24 and eBay to in-person dealers like Bucherer to stores run by the brands themselves. But one channel has largely flown under the radar: Reddit.

On r/WatchExchange, one of the many subreddits that make up Reddit, nearly 250,000 active members make hundreds of transactions a day, buying and selling watches from a $100 Seiko Presage to a $15,000 Rolex Submariner. On another subreddit, r/Sneakermarket, nearly 200,000 users are buying and selling hundreds of the most hyped sneakers in the market every day. Other subreddits like r/MaleFashionMarket (320,00 subscribers) and r/WardrobePurge (26,000 subscribers) make up a network of fashion and accessories trading on the platform.

But Reddit is unlike many other platforms because it is hands-off with many transactions. While the company forbids the buying. and selling of prohibited items like drugs or firearms, communities like r/WatchExchange are left to come up with their own rules and safety precautions. For example, r/WatchExchange’s moderators have the power to ban users for rule violations, and there’s a credibility system that puts the number of successful transactions next to each user’s name. But beyond that, it’s a peer-to-peer system in the truest sense. Buyers send money directly to sellers, and the onus is entirely on the sellers to make sure the watch actually gets to the intended recipient That’s unlike more established platforms like Watchbox where the platform oversees the transaction.

The unregulated nature of Reddit’s resale communities is both a strength and a weakness, according to users of the platform. The reasons are telling, in terms of consumer priorities. Namely, sellers are attracted by the lack of fees and middlemen, wanting to keep margins as high as possible. Meanwhile, buyers are wary of fakes and scams, clear hindrances of convenience.

A seller who goes by the username PhillyWatchGuy, who asked not to be identified by his real name, said the security concerns of buying on Reddit don’t outweigh the positives.

“Reddit is nice because I find it’s more true watch enthusiasts as opposed to other avenues,” he said. “What’s also nice is that there are not any seller fees, which is one of the main reasons why I don’t sell on Chrono24 or eBay.”

PhillyWatchGuy has been buying and selling watches since 2011, and sells mainly on Reddit and Instagram where he has around 7,000 followers. On Reddit, he has sold more than 86 watches, some worth thousands of dollars.

“There are security concerns in every online transaction,” PhillyWatchGuy said. “It’s all about your own due diligence and your buyer’s, and making sure you’re taking payment in a secure manner.”

Reddit does not offer any official support for commerce on its platform, other than providing the tools for moderators to shape their subreddit however they see fit. For many people, the lack of fees and middleman cuts make it financially appealing.

But some sellers are finding Reddit more difficult to use as time goes on. A man named Stephen, who asked to not be identified with his last name, said he rarely buys on Reddit and only sells there because of the high number of users.

“Reddit has actually become less appealing. Sellers undercut each other, and buyers just look for the best deals and hope they’re protected through systems such as Paypal,” Stephen said. “But it’s good for high traffic.”

Stephen has been selling on Reddit since 2018 and has more than 330 completed transactions. He also runs an Instagram account called LongBeachWatchClub with nearly 6,000 followers and works as a watch curator for a California-based boutique called Butterscotch.

Stephen said he used to flip watches on eBay but stopped when they began charging taxes. The lack of seller fees on Reddit was what drew him in initially, but now he said he rarely buys on Reddit since “there are a lot of scammers.” Executives from Reddit were unavailable to comment in time for this story.

“[Places like] Chrono24 are doing well because they have a safe escrow system,” Stephen said, referring to Chrono24’s policy of holding the buyer’s money until the watch is received and only then disbursing it to the seller.

James Lettieri, an ad tech analytics manager and watch enthusiast, only made his first watch purchase on Reddit a week ago, after amassing most of his collection through authorized dealers. He said he’s always been wary of online resellers and that if a deal looks too good to be true, then it probably is. But Reddit has a feature that tempers those risks: the comment section.

“If a watch is way overpriced, then the comments will call them out,” Lettieri said. “Or if the post is only two hours old and you saw it sold, then you know that’s a great price for next time. The community rules on r/watchexchange are somewhat reassuring, too. You have to have a picture of the watch from multiple angles, and the poster has to state their number of transactions and people they’ve sold to. There are links to those trades, as well. Pictures need to have timestamps, and there’s even a separate subreddit called r/watchexchangefeedback that’s solely for rating successful and unsuccessful transactions.”

For big purchases, Lettieri said that the lack of transaction protection is a deterrent, but Reddit is also a great place to find diamonds in the rough.

“I wouldn’t feel comfortable making a massive purchase like some of the posts you see for Royal Oaks or A. Lange & Sohne without holding the piece in my hands, but maybe that’s just me,” he said. “However, if this transaction I’ve just completed isn’t any good, I don’t think I’ll buy through Reddit again.”

The year in sneaker resale

2022 has been an eventful year for sneaker resale. With the possibility of the sneaker bubble popping and the comeback of loafers and dress shoes, it’s a tense time for the sector, even as the sneaker market as a whole reaches nearly $80 billion. Here are a few of the most notable movements and shakeups in that side of the fashion business:

Glossy+ Research: Brands are prioritizing TikTok marketing for the holidays

‘Lose money, keep the customer’: Brands are strategizing to lower the impact of holiday returns