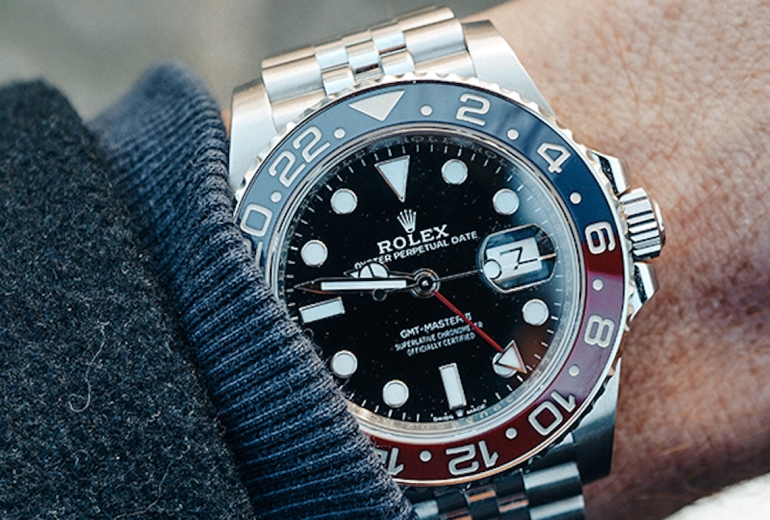 On December 2, luxury watch giant Rolex made an announcement heard throughout the watch world: It will officially begin selling secondhand Rolex watches certified by the brand through its 1,816 authorized dealers. It’s starting with six retailers immediately, and more will be added throughout 2023.

The last year has seen a large number of fashion brands — in sectors from from luxury fashion, like Balenciaga, to sneakers, like Nike, to outdoor gear, like Arc’teryx — begin to sell their own secondhand clothing to retake some market share from third-party platforms like The RealReal and Poshmark. But Rolex’s entry into the market is especially significant. Its market share of the luxury watch industry is close to 30%, making it by far the most dominant player in that space, followed by Omega with 7.5%.

Rolex’s watches are dominant in the secondhand market, as well. So far, however, they’ve only been sold through the so-called “gray market,” or through secondhand dealers not among the dealers with official Rolex partnerships. Those platforms have made billions off of the demand for Rolexes. And the demand has only increased as a combination of supply chain issues and enforced scarcity has made acquiring a new Rolex directly from the brand all but impossible without a long waiting period. For many, the best way to acquire a Rolex has been through the gray market.

But now, that will be changing. As Rolex begins to certify secondhand watches for sale through its authorized dealers, the third-party platforms may see some of their most lucrative business taken away. Rolex does not sell watches directly to consumers, so authorized dealers like Bucherer are the only way to buy new Rolex watches.

But Tim Stracke, co-CEO of the non-authorized third-party watch marketplace Chrono24, said this was an expected move and one he thinks is a good thing for the industry. In his view, Rolex taking pre-owned watch sales into its own hands won’t eat into Chrono24’s revenue, but will rather increase overall demand for luxury watches regardless of where they come from. According to Chrono24, 40% of the company’s sales are Rolexes and 44% of sales to 18- to 34-year-old users are Rolexes as well.

“It will incentivize even more first-time buyers to try to get their hands on their first Swiss trophy timepiece,” Stracke said.

Stracke said sales on Chrono24 have been growing throughout the year, with a 43% increase in the first half of 2022 year-over-year and more than half a million watches available on the site.

“I anticipate this announcement will only fan the flames of demand for Rolex on our platform, and we’re very excited to see how Geneva’s other luxury brands will respond,” Stracke said.

There are an estimated 30 million Rolexes circulating the market, and with demand far outstripping the supply of new Rolexes, more customers are likely to turn to the secondhand watch market, which is expected to hit $35 billion by 2030, according to Deloitte. The surfeit of secondhand Rolex supply, compared to new Rolexes, along with the influx of demand will be good for the secondhand sector and lends credence to Stracke’s claim that both third-party resellers and Rolex’s authorized dealers can coexist.

Others in the resale space have made similar claims recently. In January, Emily Gittins, co-founder and CEO of resale company Archive, told Glossy that she doesn’t see third-party resellers as competition to brand-owned resale since they serve different customers. The latter can cater to brand fanatics — of which Rolex has many — while the former can still serve as a one-stop shop for people looking to browse across an entire category.

“Resale is a hot space, estimated at $130 billion globally, so there is certainly room for several players,” Gittins said.