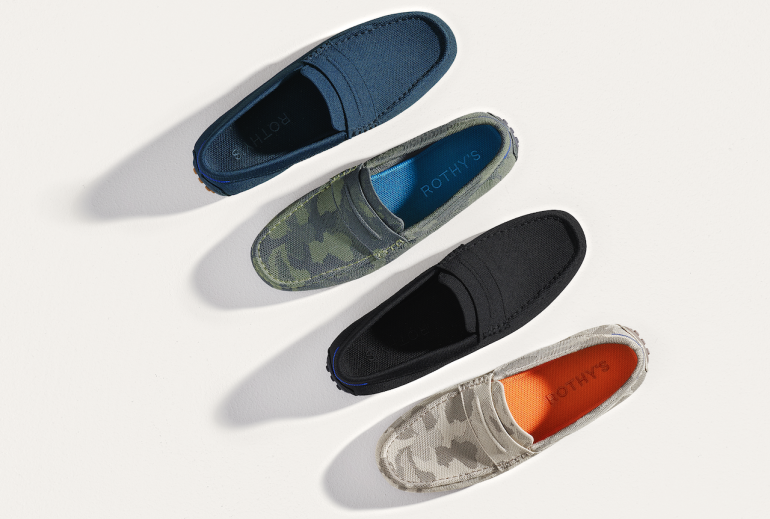 After years of sneaker dominance, loafers and dress shoes are making a comeback

Fashion trends are often a reaction to the ubiquitous. Five years ago, it was novel to see sneakers worn in the office or in the audience at fashion week. And the true mavericks were the ones daring to pair Burberry coats with Nike Dunks.

Now, as the stuffiest of corporate offices are full of Allbirds, Nikes and Vejas, loafers and dress shoes are making a comeback. Some of the biggest men’s fashion influencers, including Justin Livingston and Phil Cohen, have started to slip loafers and thick-soled dress shoes into their usual rotation of sneakers, and women’s influencers like Kendall Jenner and Hailey Bieber have done the same. Meanwhile, new collections from streetwear designer Brendon Babenzien for both Noah and J.Crew have emphasized dress shoe styles.

According to NPD Group, sales of traditional dress shoes in both men’s and women’s fashion have seen double-digit percentage growth in 2022. Beth Goldstein, executive director and industry analyst of accessories and footwear at NPD Group, said that sales of hybrid footwear that combines dress-shoe silhouettes with sneaker-like soles are also up significantly, compared to both last year and pre-pandemic. Other data from NPD shows leisure and performance footwear sales falling by 11% and 7%, respectively, in the second quarter of the year. Meanwhile, the fashion shoe category, which includes loafers, dress shoes and heels, rose by 8%.

“This year, for both men’s and women’s, dress footwear — inclusive of styles like loafers, oxfords, pumps, sandals and boots — have shown strong growth versus last year. Social events have come back onto the calendar and people have returned to work — it’s been more [driven by] the social occasion piece, as we know work environments have continued to become more casual,” said Goldstein.

Naturally, brands that specialize in loafers and dress shoes are seeing a spike. Birdies, which launched in 2015 with a loafer as its flagship shoe but sells sneaker styles as well, has seen sales of loafers significantly increase this year. In response, the brand has so far launched 50 new loafer styles in 2022 and plans to launch more in the fourth quarter.

“Our loafers continue to be our top-performing style and best-selling silhouette, with The Starling as our No. 1 [selling] style and a customer favorite. It has over 15,000 5-star reviews,” said Bianca Gates, co-founder and CEO of Birdies. “To date, we’ve seen a 31% increase in our loafer sales year-over-year, which will likely double between now and the end of the year.”

Regina Popp, senior director of fashion and trends at footwear retailer DSW, said that loafers, in particular, are in high demand. She owed that to the style and comfort they offer, which is increasingly important for fashion in the post-pandemic age.

“As fashion takes a more tailored turn, it’s only fitting that loafers [catch on]. They’re the perfect pairing with oversize blazers, soft suiting and baggier denim silhouettes,” Popp said. “They tick the boxes of comfortable, easy to style and pair well with denim, yet they offer a fresh alternative to the white sneaker or retro jogger that’s been dominating for the past several years. Classic prep is also emerging as the No. 1 new streetwear direction.”

In DSW’s fall campaign, a collection from its private label brand Crown Vintage made with actress Emma Roberts, is entirely focused on boots, loafers and clogs. DSW declined to offer specific sales data around loafers and dress shoes compared to sneakers, but said both are integral parts of the business.

It’s important to note that loafers aren’t replacing sneakers. Even as sneaker sales have slightly dropped and dress shoe sales have risen, sneakers still make up the majority of footwear sales globally. Sneakers drive around $4.8 billion in annual sales while “fashion shoes” make $4.2 billion, according to NPD data. But Goldstein said it is a sign that sneakers are no longer the only option.

“I don’t think this is indicative of a reversal of the trend that was happening prior to the pandemic, with dress gradually losing share to casual for years,” Goldstein said. “Consumers had wardrobes to replenish this year for events that hadn’t happened in two years.”