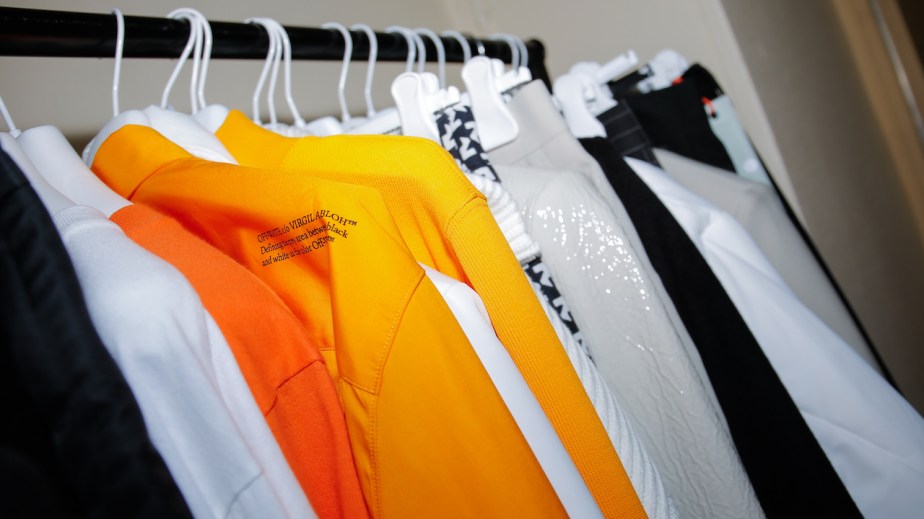 Fashion Briefing: Fashion houses’ walls are coming down. What it means for the industry

Spotlighted in LVMH’s recent flurry of activity, overall industry priorities are shifting from holding true to longstanding traditions to empowering revered creatives to do their thing. Luxury is changing fast, spurred by the pandemic, and brands are seeking stability by leaning into what’s resonating now.

On Tuesday, LVMH announced its acquisition of a 60% stake in Off-White, the luxury streetwear brand founded and designed by Virgil Abloh. Since 2018, Abloh has also served as artistic director of menswear at the conglomerate’s leading Louis Vuitton brand. According to the deal, Abloh will maintain both roles, while also putting his collaborative prowess to work in-house; he’ll provide creative input to brands across LVMH’s portfolio, in divisions from Wine & Spirits to Hospitality.

Early last week, LVMH also announced a minority stake in Phoebe Philo. The namesake independent fashion brand by the former creative director of Chloe and LVMH’s Celine is set to debut in 2022.

Across industries, influential people with loyal communities are fueling the brands of the moment. By supporting beloved designers with more resources and opportunities, and long-term agreements, luxury companies are now expanding their take on the trend far beyond influencer marketing.

It’s a sharp contrast to luxury brands’ former game of playing musical chairs with a handful of safe-bet creative directors. Typically, a new designer would be appointed to shake things up for a brand in troubled times. Like clockwork, they’d study the brand’s archives, see their resulting collections critiqued for their adherence to the brand’s DNA and be tossed out if their work didn’t turn things around for the company in a couple of seasons. At the same time, designers were charged with turning out up to six collections per year, regularly resulting in burnout.

Call it all a pandemic effect. In 2020, notoriously slow-to-evolve luxury brands were forced to figure out e-commerce and provide customers — used to sipping champagne in-store — a satisfactory shopping experience. They came out on top. In the first quarter of 2021, the revenues of both LVMH and Kering were up from pre-pandemic levels — an increase of 30% year over year for LVMH and 21% for Kering. It backed the theory that’s slowly been gaining traction since Tom Ford infused Gucci with sex in the ’90s. The old rules of luxury — namely, maintaining exclusivity and strictly adhering to heritage — are expiring.

Today, technology is equipping independent designers with working business models, and streetwear brands are infiltrating the luxury space. In order to compete, established brands are realizing the need to expand their focus beyond their core customers of older people with more spending power. Their brand story is important, but to win over younger generations, innovation and inclusivity are key.

Even Tiffany & Co. is rethinking its approach to gain the attention of young shoppers inundated with style options. In disregard for its older customers, its latest campaign’s tagline reads, “Not your mother’s Tiffany.” LVMH completed its acquisition of the company in January.

Designer Robert Rodriguez, creative director of Halston, said that it wasn’t until Netflix approached the brand about doing a fashion collection based on vintage Halston styles that he looked at its archival pieces. They’re stored in upstate New York. Rodriguez had a namesake fashion brand before being hired by Halston in early 2020.

According to Andrea Scoli, Halston’s president, there was no point in looking back. “I knew Robert would move the brand forward,” she said. “Under other leadership, other design teams made the mistake of thinking, ‘Oh, let’s just do what worked [before].’” She said the brand still tells the story in marketing about who Halston was and how we pioneered fashion — but modernization is more important than the story. “New generations of people didn’t live through the [Halston era]. They just want beautiful clothes.”

Disruptors have paved the way for change. When he took the reins at the brands, Hedi Slimane changed the name and the logo of Saint Laurent (formerly YSL) and Celine (formerly Céline), respectively. And, though he honed his skills within the house, Alessandro Michele’s version of Gucci — androgynous and magpie-esque — was a sharp contrast to, well, anything before. And it’s worked to catapult the brand to new heights.

Now an increasing number of brands are looking outside of what they know and putting less familiar creatives at the wheel. That includes Moncler with its 3-year-old Genius project, which trades a brand creative director for a revolving pool of creatives, and Jean Paul Gaultier with its ready-to-wear collection, relaunched this summer in collaboration with six designers.

In the digital age, facilitating more creative freedom is needed to attract talent who could otherwise be content with offering pre-order styles to self-built communities. And, of course, it’s necessary to win today’s consumer.

Along with Abloh and Michele, Rachel Tashjian, fashion critic at GQ, pointed to Matthew Williams at Givenchy and Demna Gvasalia at Balenciaga as having “public personas that go beyond their brand.”

Designer Mirco Scoccia was quick to note that working for fashion houses — with their rules and limitations around process and organization — will always hinder creativity, at least to some extent.

Scoccia spent 30 years designing shoes for brands including Tory Burch and Bottega Veneta before launching his own sustainable footwear brand, O2 Monde, in January. He compared his journey to Philo’s, saying, “At a certain point in your career, you’re desperately looking for the freedom to experiment and express yourself through creativity.” By working independently, “You have a totally different mindset. You [get to be] in a bubble, and your mind is constantly generating new ideas with no distractions,” he said.

Beyond their approach to designers, Tashjian called out other recent forms of experimentation by luxury brands. Until last week, Kering seemed to have embraced more widespread risk-taking, compared to LVMH. For example, Bottega Veneta deleted its Instagram account in February, and in April, its Gucci and Balenciaga brands collaborated on a collection featuring both of their logos.

Now, more guards are down across the board.

“Bernard [Arnault, LVMH chairman] is one of the wealthiest men in the world, and you don’t necessarily think of super wealthy people as being really creative or experimental,” she said. “But that’s what’s happening at this company.”

Madewell wants to be the leader in denim resale.