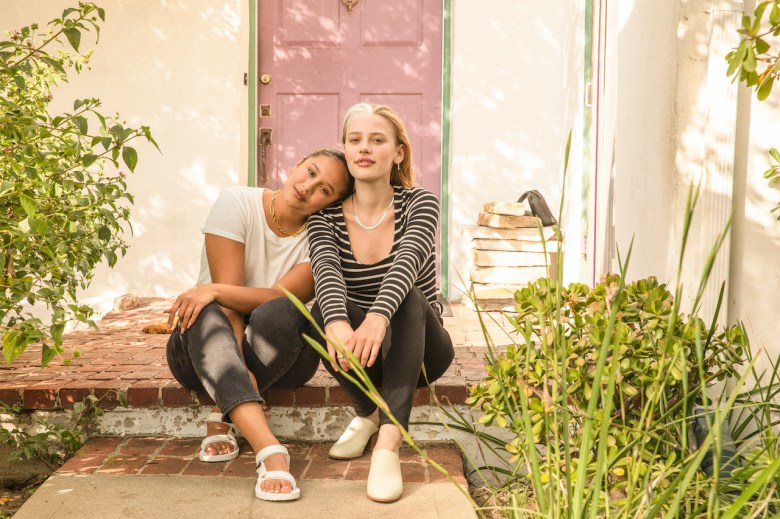 With new platform, Madewell aims to become the ‘leader in denim resale’

Madewell is the latest brand to launch a resale service, with Madewell Forever.

Launched on Tuesday, Madewell Forever will absorb into one program all of Madewell’s circularity initiatives that it began in 2019. They include Madewell Archive, the small in-store section of select Madewell stores that sold pre-owned jeans. Madewell’s existing program of giving customers a $20 credit for any pair of jeans brought into the store will also be part of the program. Pairs of wearable quality jeans will be sold via Madewell Forever — online and in all Madewell stores — and the rest will be recycled as usual.

Madewell Forever will be offered via Madewell’s e-commerce site, in a section marked “Preloved,” as well as in six of Madewell’s 145 stores. The incorporation of the online channel vastly increases the scale offered via Madewell Archive, which was available in six stores but not online. Madewell Forever launches with 3,000 pairs of jeans, and the brand has set a goal to collect 1 million pairs by 2023. For reference, it took six years for Madewell’s trade-in program to reach half that number.

The Madewell Forever program is being carried out through a partnership with resale platform ThredUp, which will handle all logistics. Jeans returned to Madewell are sorted by ThredUp, which assesses their quality and resale value. Madewell jeans sold to ThredUp will also end up on Madewell Forever, increasing the channels from which Madewell can acquire inventory. The jeans will be priced from $35-$50, compared to $90 for a brand new pair of Madewell jeans.

Having an all-inclusive circularity program, with many ways for products to come in and go out, rather than several separate programs for different purposes, was a key reason for creating Madewell Forever, said Liz Hershfield, svp and head of sustainability at Madewell.

“We don’t think this is going to be a revenue driver, to be frank,” Hershfield said. “But it’s something our customers are really hungry for, and we want to push circularity and sustainability as a big part of our business.”

Hershfield did not disclose the exact financial arrangement between Madewell and ThredUp for this partnership. ThredUp bills the collaboration as its first 360-degree white label “resale-as-a-service” offering to brands setting up their own in-house resale programs. The specific terminology intentionally echoes the “software-as-a-service” business model, which is typically subscription-based; the financial arrangement is somewhat similar, Hershfield said.

“ThredUp‘s mission is to inspire a new generation of consumers to think secondhand-first,” said Pooja Sethi, svp and gm of resale-as-a-service at ThredUp. “We’re thrilled that [our] technology-backed infrastructure and logistics will power a white-label resale experience for Madewell, and we hope that Madewell Forever will motivate more retailers to implement resale programs as an integral part of their business.”

It’s not uncommon for brands like Madewell, Levi’s and REI to work with an established resale platform to power their efforts. The cost of setting up a program entirely from scratch can be prohibitive, estimated at around $50 million by Andy Ruben of resale service Trove.

“The biggest headache for brands in resale is that each product is an individual SKU,’” Ruben said. “You have to assess every piece that comes in, check its condition and price it, and all of that takes a lot of time and effort that brands would rather spend elsewhere.”

To advertise the new program, Madewell has been relying on TikTok to target a Gen-Z customer. Typically, Madewell works with general fashion influencers, but for Madewell Forever, it sought out people with an audience focused on resale, secondhand and DIY projects. It entered paid partnerships with TikTok influencers Macy Eleni (@blazedandglazed, 321,000 followers) and Emma Rogue (@emma.rogue, 408,000 followers).

“Resale is one of the fastest-growing segments of our industry right now,” Hershfield said. “It’s huge. Brands like Patagonia and Eileen Fisher are leaders in the space, obviously, but we want to be leaders in denim resale, specifically.”