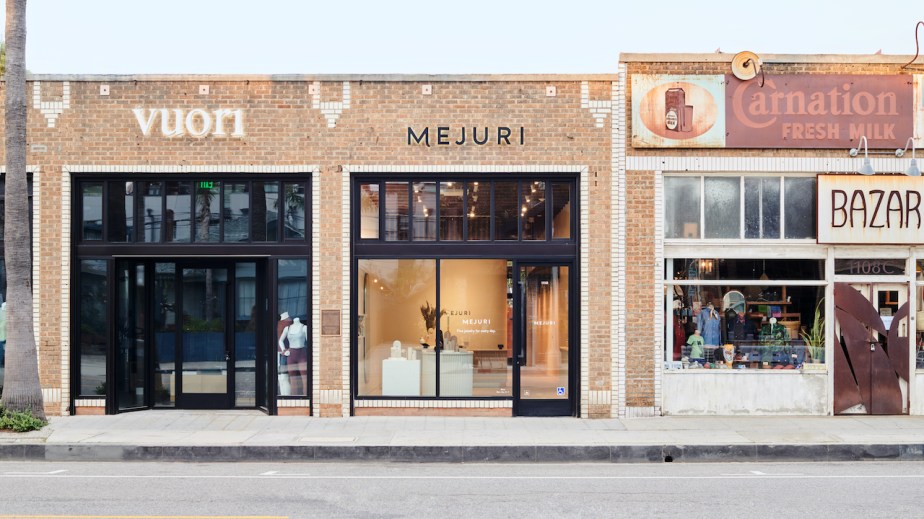 Thanks to the pandemic’s impact on the retail environment, brands are overhauling the data they consider when choosing where to set up shop.

Brands have resolved that, when it comes to focusing on e-commerce and physical retail, it’s not an either-or proposition; best catering to new consumer habits means enabling the channels to work hand-in-hand. For example, more sales have moved to e-commerce, but online shoppers often want to try-on select styles in-store. And brands have found that shipping online orders from stores close to customers equates to big savings, particularly as online sales volume reaches new heights.

But their retail rollout strategies have evolved beyond just opening stores in areas with the largest concentration of their e-commerce shoppers. As they price out of digital ad opportunities, they’re leveraging stores as community hubs and billboard-like means to acquire new customers. Product-market fit is important, but a large current customer base isn’t crucial. Meanwhile, others are looking for flexible lease terms, moving away from shopping districts that thrive on tourism and moving out of high-risk malls — or scooping up rare vacancies in malls, depending on the company.

Fueled by a $50 million Series B funding round secured in January, 4-year-old retail platform Leap announced on Wednesday that it expanded to five new markets, bringing its focus areas to 13. Specializing in essential retail functions outside of marketing and merchandising (including real estate, technology, staffing and operations), Leap provides brands a turnkey path to opening physical stores, averaging 75-90 days from deal to launch. Customers include ThirdLove, Something Navy and Mack Weldon, among others.

The company’s new markets are confined to the eastern half of the country, and include Boston; Greenwich, CT; Washington, D.C; Philadelphia and Columbus, OH. Each now has 5-20 store locations, as well as local team members to support them. According to Amish Tolia, co-founder and co-CEO, Boston, D.C. and Philadelphia were largely chosen because of their population size and density. Greenwich, on the other hand, represents a newer strategy for the company of catering to workers with the option to WFH by moving into cities surrounding large urban markets. Meanwhile, Columbus is a growing market, with the perk of having a reputation for birthing retail concepts that have scaled.

Along with population size, Leap factored demographic information on the cities’ local residents before moving in. That included the average age, the ethnicity mix, the gender mix and the average household income. The maturity of their local retail market, indicated by thriving “sub-markets” or a variety of shopping areas, was also considered. Finally, the bounce-back of foot traffic in stores post-lockdowns and the success of other retailers in the area played into the market selections.

Leap also looked at the e-commerce businesses of the 700 brands that have registered on its platform, which includes both current and prospective clients. The areas with the most potential for the largest swathe of brands were selected.

For brands simply indicating interest in opening stores by signing onto its platform, Leap underwrites a detailed analysis of their potential to be successful in the physical retail channel. That’s based on their “company health, [product] assortment size and unit economics,” Tolia said, as well as the alignment of their retail goals and Leap’s services. Leap also communicates their most optimal retail markets, considering location data and the results to date of existing, comparable clients.

According to Tolia, in-house data analytics experts make up one of Leap’s largest teams. And overall, its team is growing to meet current demand.

Menswear brand Todd Snyder is rapidly expanding its retail footprint, growing from three stores to six in 2021. It has plans to open five more this year in “major growth cities” for the brand, based on online sales, including Brooklyn, Boston and Los Angeles.

“When the pandemic hit, we began noticing a sustained trend of record high order volume in unexpected zip codes,” said Todd Snyder, founder and designer of his namesake brand. That prompted its 2021 launches of stores in these areas, which included Greenwich, CT and East Hampton, NY.

Direct-to-consumer fine jewelry brand Mejuri is also charting significant retail expansion. Adding to its nine current stores across the U.S. and Canada, it plans to open six stores in the next three months in markets including Seattle, Chicago, San Jose and Toronto. It’s also eying international store expansion, specifically in the U.K., Australia and Germany, based on the demand it’s seen in these markets since launching international e-commerce in the last two years.

“Our approach to site and geo selection is heavily data-driven,” said Keri Schreiter, senior vp of retail at Mejuri. “We incorporate internal sales and customer data, paired with [an area’s] socioeconomic data, with our brokers providing us with the demographics of potential neighborhoods. Location, accessibility and store size are all essential to consider.”

For Todd Snyder, eventually emulating its NYC “hub and spoke” model of opening multiple stores in successful markets is a goal.

The strategy has proven successful for Mejuri thus far. In L.A., in the 12 weeks after opening a store on Melrose in July 2019, its e-commerce sales within a 25-mile radius increased by 213%. It opened its second L.A. store, on Abbot Kinney in Venice, in April. On its opening weekend, its sales exceeded expectations by 185%, and it increased its customer base in the area by 61%.

As for Todd Snyder, once the company settles on a market, it assesses where within the city its key demographic is more apt to shop, leveraging its own customer data. Sometimes that’s a mall, but more often, it’s in a local outdoor area. It also seeks out “unexpected buildings with storied histories,” Snyder said. Its NYC Tribeca store was formerly a bar and liquor store.

“A key to our success is that we pick locations that allow the brand to easily immerse into the fabric of the neighborhood and the routines of its residents,” Snyder said.

A community or neighborhood feel is also crucial for Mejuri, according to Schreiter. For example, in Seattle, the company’s opening a store in University Village, an outdoor mall with a variety of restaurants, bars and lifestyle shops. And all of its stores partner with local community organizations to support in-store events and have local vendors pop-up in as a shared community effort.

As for choosing individual stores, features that facilitate community opportunities are key. A courtyard was a selling point when selecting its current Abbot Kinney location.

Leap doesn’t play favorites when it comes to store environments, routinely opening locations in lifestyle centers, indoor malls and strip malls. Its average store size is 1,500 square feet, which works well for its customers, as they regularly refresh their inventory. Many also leverage Leap data to localize their merchandising.

As for data Leap is no longer considering, Tolia said, “We used to think quite a bit about [markets’] annual tourism numbers. We don’t put a lot of weight into that any more, given the pandemic and the volatility of the travel ecosystem.”

Accepting crypto is catching on

Accepting cryptocurrency as payment in stores is a rising trend among fashion brands and retailers across categories. This week, Gucci announced that select U.S. stores will be accepting crypto payments in currencies including Bitcoin and Ethereum by the end of May. The same will be true of all of its North American stores by the end of summer. With the move, Gucci joins Off-White, Philipp Plein and even Pacsun, which have all begun accepting cryptocurrencies in select channels since August.

The Met Gala’s red carpet was the ultimate bridal runway

Call it a coincidence, but there was an exceptional number of white gowns worn to the Met Gala, and it’s an exceptionally big year for weddings. It seemed designers used the event as an opportunity to market to brides-to-be. According to Afterpay’s 2022 Spring Summer Global Trends Report, released Monday, 2.5 million couples are expected to get married this year.

White looks on the Met Gala’s red carpet included Hailey Bieber in Saint Laurent, Sydney Sweeney in Tory Burch, Miranda Kerr in Oscar de la Renta, Julianne Moore in Tom Ford and Kylie Jenner in Off-White, among others. Jenner wore another white Off-White gown to a Gala after-party, captioning her Instagram post of the look with, “married to the met.”

This week, Boss launched a new bi-weekly podcast titled “Behind the Boss,” spotlighting “extraordinary artists, creators, and athletes.” It’s hosted by London-based culture writer Raven Smith and will kick off with guests including celebrity fashion stylist Law Roach and tech futurist Cathy Hackl. According to a statement, the podcast is part of the company’s CLAIM 5 growth strategy, centered on boosting the desirability of its brands and turning customers into fans. Similar goals are likely behind the podcast launches of Saint Laurent and Hugo Boss, which announced a weekly show and a five-episode series, respectively, within days of each other in mid-April.

Over the past 20 years, Nili Lotan has built a successful fashion business by going against the grain of fashion’s norms. For example, she’s never taken outside funding, she doesn’t do runway shows and she’s only recently enlisted PR support, after relying solely on organic, word-of-mouth growth. Still, her namesake brand’s revenue has consistently increased 50% year-over-year, and sales through its e-commerce site have grown 60-200%. This year, it’s expected to see $100 million in revenue. Lotan discusses her unique strategies on the latest episode of the Glossy Podcast.

According to new Glossy-exclusive data from payments provider Klarna, as consumers get back to going out, they’re slowly transitioning away from wardrobes exclusively defined by athleisure and activewear. Sales of party-perfect styles, including cocktail dresses, are up, as are sales of beauty products that complete the look: Fake lashes are up more than 2,000%, and curling wands are up 583%. Comfort is still key, however. Click here for the full story.

So much for baggy trunks and long board shorts. Menswear companies have introduced new swimwear styles that are resonating with consumers and fueling competition among brands. Established leaders in the space include Orlebar Brown and Vilebrequin, while young DTC brands like Public Beach and Kenny Flowers are injecting new ideas. For starters, they’ve done away with details like mesh linings, elastic waistbands and drawstrings. “The big trend is tailored swimwear,” said Dov Cohen, founder of Public Beach. “It has a zipper fly and snap closure, and you can wear the [styles] like shorts.” Read Danny Parisi’s story here.