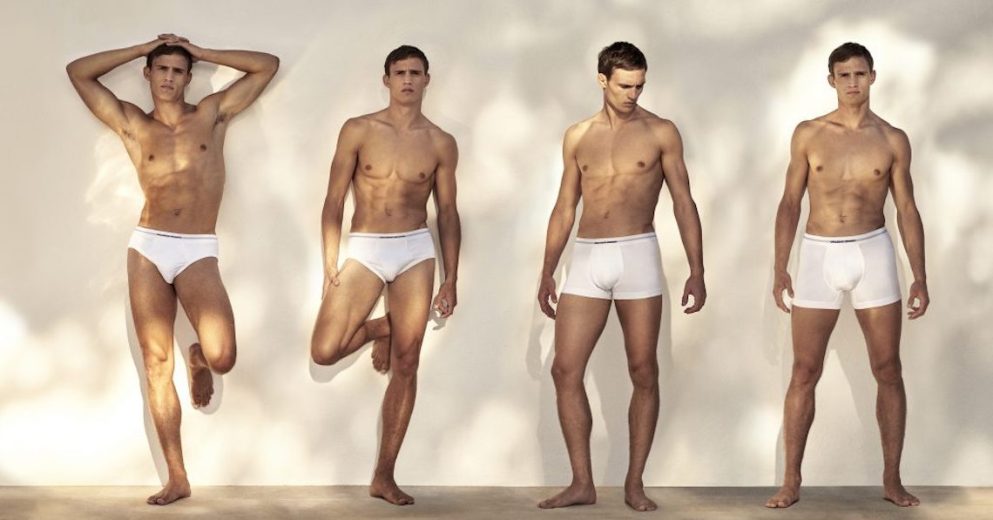 The competition among men’s swimwear brands is heating up

It’s no secret that in the last two years, interest in swimwear has surged. A host of brands have launched swimwear categories in the past year, including MeUndies and Everlane. The market is expected to grow to $21 billion by 2025.

But the majority of this growth is focused on women’s swim. According to market research company The NPD Group, 95% of the growth in swim in the last year has been attributed to the women’s sector. The most prominent swimwear brands in the market, like Summersalt, Solid & Striped and Andie Swim, focus primarily or exclusively on women’s swimwear. Additionally, some of the biggest acquisitions in swimwear have been in the women’s category. Victoria’s Secret took a majority stake in the fashion brand Frankies Bikinis in March. Plus, the company recently launched a high-profile collaborative swim collection with supermodel Gigi Hadid.

Men’s swimwear has largely been left out of the booming-swimwear-category conversation. And few buzzy swim brands are doing male-focused collections. Frankies Bikinis doesn’t sell men’s styles, for example, and neither does Summersalt. But that doesn’t mean the sector isn’t evolving. New styles have become dominant and new brands are vying against some of the stalwarts of men’s swim, like Orlebar Brown and Vilebrequin, making it a competitive and growing category, albeit less so than women’s.

According to Dov Cohen, founder of the 2-year-old Canadian men’s swim brand Public Beach, there’s been a major evolution in dominant men’s swim styles in the last 10 years. Where once it was common to see men wearing baggy 10-inch inseam trunks with a mesh lining, elastic waistband and drawstrings, that style is now thoroughly outdated.

“Men’s swim has shifted quite a bit,” Cohen said. “The big trend is what we call ‘tailored swimwear.’ This style, with a zipper fly and snap closure, is like [a pair of] shorts and you can wear them like shorts.”

Another change modern men’s swimwear brands have made is to do away with the traditional mesh lining inside the trunks, which was known to cause chafing and discomfort. Celebrity stylist Michael Fisher has even recommended men cut the mesh lining out of their swim trunks. Now, brands are increasingly in favor of a more athletic-inspired compression short lining. Public Beach has implemented this change, as have brands like Express, DTC brand Bather and athletic brand Ten Thousand.

Many of these trends seem to have roots in styles by London–based brand Orlebar Brown. Orlebar Brown sells DTC on its website, as well as through wholesale partners like Farfetch and Mr Porter. While the brand launched in 2007, it wasn’t until around 2011, when it began selling in the U.S., that its upscale suit-trouser-inspired swimsuits became the new standard for stylish men’s swimwear. Last month, GQ described Orlebar Brown’s signature Bulldog suit as “a pair of trunks so definitive and intuitive, it’s hard to believe no one had ever thought to make them that way prior.”

To this day, and after being acquired by Chanel in 2018, Orlebar Brown is still considered one of the biggest competitors in men’s swim, Cohen said. As of 2021, Orlebar Brown was bringing in $40 million in annual revenue.

“Orlebar Brown and Vilebrequin are the leaders in the high-end space,” Cohen said. Vilebrequin is a French luxury brand that sells its men’s swimwear through Bloomingdale’s and Farfetch for a price point similar to Orlebar Brown’s. “Orlebar Brown sells for $345 [per pair of trunks] while [Public Beach] is situated at $80 retail, which is a fraction of their price. Those [older] brands have the history to command that price.”

And new brands are increasingly joining the competition for the men’s swim customer. In addition to Public Beach, which launched in late 2020, brands including Vuori, Good Man Brand and MeUndies have launched men’s swim in the last year, seeking a share of the $5 billion men’s swimwear market

According to Kenny Haisfield, founder of the 7-year-old swim brand Kenny Flowers, the same strategies for selling women’s swimwear don’t always work for selling to men.

“Men have leveled up from old swim trunks and baggy athletic shorts to investing in a few nicer, higher-quality options,” he said. The desire for more fashion-forward swim trunks has led Kenny Flowers to see 5X year-over-year sales growth in its men’s swimwear since last year, compared to 10X year-over-year growth in its women’s category. “We’ve also noticed that men are more prone to procrastinating. While women will start shopping for trips months in advance, men tend to realize they need a new pair of trunks by next weekend and are typically last-minute shoppers.”

As for other differences, Cohen said that men’s swim is easier to design and produce than women’s. For starters, styles are always made up of one piece. Plus, a bikini top also has the added wrinkle of cup size, which Cohen said is more complex to get right than a simple waist variation for men’s swim. New styles of men’s swim tend to be familiar styles with different prints and colors or slight adjustments to details, whereas women’s styles often feature all-new cuts and silhouettes from season to season.

According to Jeremy Lowenestein, CMO of MeUndies, men’s and women’s swimsuits are also priced differently.

“For us, men’s swimwear is priced between $40-50, but for women, it’s more,” she said. A women’s one-piece from MeUndies is $80, for example, accounting for higher demand and production costs. For both men and women, “consumers only tend to buy one or two swimsuits a season,” Lowenestein said. “So all these new brands are competing for a fairly limited amount of buys.”

The feeling of growing competitiveness in men’s swim was echoed by Cohen, who noted that Public Beach will make its U.S. debut at Miami Swim Week show in July.

“Men’s swim was not an area that was seeing immense growth during Covid,” Cohen said. “But now, as people are traveling again and going to the beach, we’re feeling positive movement in the market and it’s getting very competitive.”