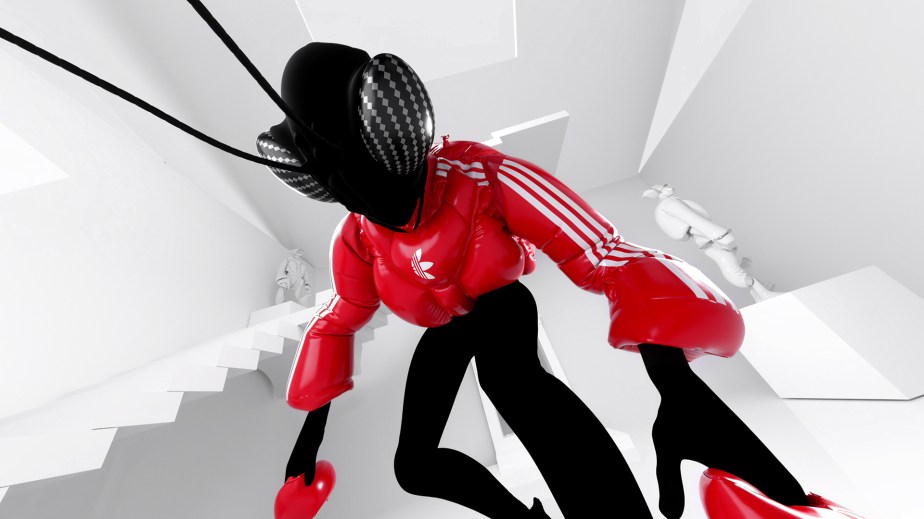 With more fashion activations bridging the gap between web3 and art, Art Basel Miami is fast becoming one of fashion’s most important events. This year, Adidas, Prada, Timex and Balmain are sponsoring their own brand events (although not part of the Art Basel program of activity) alongside large-scale, web3-focused events. One such event, The Gateway Metropolis, is hosting web3 companies including Gmoney’s 9dcc, RTFKT and Adam Bomb Squad.

Art Basel in Miami, held this year from December 1-3, has already cemented itself as a web3 playground. Set to be one of the biggest web3 activations included this year is The Gateway Metropolis, first launched last year by Matt Medved, co-founder and CEO of digital media platform NFTnow. It will be housed across 12 buildings and will host exclusive events, including immersive activations by 9dcc, Adam Bomb Squad, Christie’s, RTFKT’s CloneX, FaZe Clan, Instagram and Porsche.

“Our mission is to empower the creators of culture and bring this technology from niche to mainstream,” said Medved. “With The Gateway, we want to create a literal gateway to bring new people into web3 and help them understand the power and potential of this technology.”

9dcc, one of the NFT projects focused on fashion, will debut a phygital product, inclusive of an NFT and a physical product, via its Art Basel pop-up. The product is the first piece in its ITERATION-02 collection. The by-appointment-only experience opened on November 29 and will run until Saturday. At the close of the pop-up, 9dcc will host a token-gated virtual minting of the release for Gmoney’s Admit One private member community and an IRL minting for private clients to view.

Blake Lezenski, program leader for Outlier Ventures and Farfetch’s Dream Assembly accelerator, said Dream Assembly companies will also have a presence this year. “During Art Basel, established luxury brands feel the expectations to demonstrate their emphasis on community with memorable, immersive experiences that audiences are keen to share digitally,” he said. “Web3 fashion brands are instead focused on showcasing their brand IP to target audiences as well as expanding their networks to the world of art and connecting with legacy fashion execs in real life.”

Traditional fashion brands at Art Basel will engage in both the art and web3 spaces through exclusive events outside of the official program: Prada’s Timecapsule NFT holders, who bought into the brand’s first six NFT drops, will have exclusive access to the Prada Extends Miami event, held December 1. The event’s music and artwork will be curated by British Canadian electronic musician Richie Hawtin, aka Plastikman, who has created the soundtrack for some of Prada’s recent runway shows. Meanwhile, on November 29, Armani hosted the Giorgio Armani Love Art Basel Miami event, meant to blend fashion, art and technology, according to the brand. In addition, it will throw a party during the week at its Design District store. Finally, Balmain will hold a metaverse exhibit at the virtual Villa Balmain —  it will be accessible on-site via Miami’s immersive exhibition space Superblue Miami.

To mark the launch of Adidas’s first collection of digital wearables, Adidas is set to host “(Probably) Real,” an immersive, invite-only event on December 3. According to the brand, it’s meant to question and redefine society’s relationship with physical and virtual space. It will feature AR technology and center on the brand’s milestone digital fashion NFT collection launched last week. Called “Virtual Gear,” the collection marks a brand move into digital products outside of NFT community partnerships like Bored Ape Yacht Club. Holders of NFTs from ITM, BAYC, MAYC, AdmitOne, Punks Comic and Founders Dao will be taken on a journey through Adidas’s web3 universe, from its 2021 “Into the Metaverse” NFT project to its new digital fashion collection reveal.

“Although the relationships with our web3 community may be forged on Discord or Twitter, the fact remains that our community is made up of real people, and the chance to engage and interact with them IRL is something we will always take seriously,” said Erika Wykes-Sneyd, vp of the Adidas Three Stripe Studio.