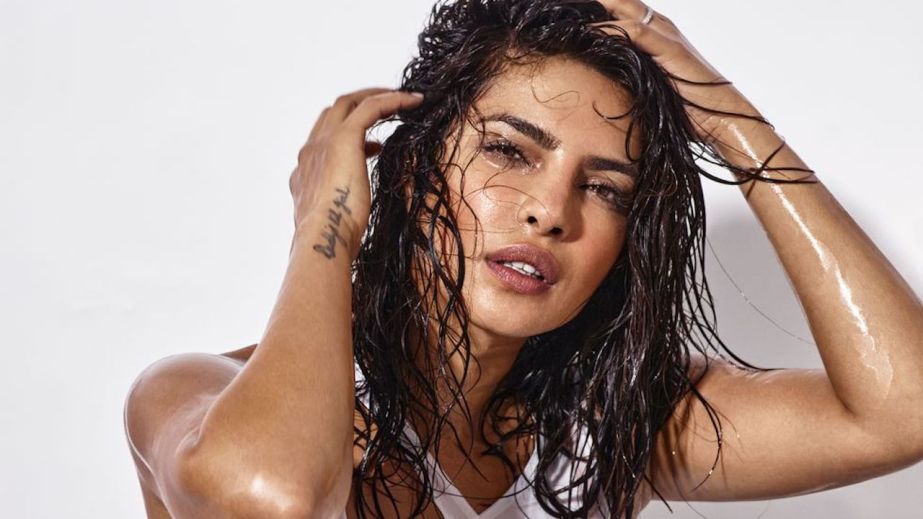 This week, I examine how inclusion efforts have spurred a rising tide of South Asian beauty founders.

Like K-beauty founders in the ’10s and Black founders in the wake of Black Lives Matter, South Asian entrepreneurs are attempting to make their mark on the beauty industry. And, they’re putting their heritage and rituals front-and-center as they craft emerging beauty brands, stories and communities.

This month, Bollywood-turned-Hollywood star Priyanka Chopra announced her first beauty brand, Anomaly, made in collaboration with beauty brand incubator Maesa. And Ipsy alum Priyanka Ganjoo is getting set to unveil her South Asian makeup line, Kulfi Beauty, on February 16. Chopra and Ganjoo are not alone. Since the pandemic landed stateside, Indian-inspired hair brands like Fable & Mane, co-founded by siblings Nikita and Akash Mehta, and Shaz & Kiks, created by sisters Shaz Rajashekar and Kiku Chaudhuri, have come to market.

“People who have not had opportunity in global culture are demanding it,” said Chopra. “I feel like South Asians — and I can speak specifically about my field of entertainment — have been sidelined for such a long time. And if you look at tech, we’ve always built other people’s companies. Finally, we’re saying, ‘You know what, I’m going to build my own.’ I’m so proud of my South Asian brothers and sisters, because we do need to demand this opportunity, and we need to do it now.”

Chopra’s Anomaly landed exclusively at Target on February 1. Though cruelty-free, sustainable (products are packaged in bottles made with post-consumer recycled materials) and made in the U.S., every item in the line is $5.99. Industry sources expect Anomaly to yield $20 million at retail in its first year.

“Beauty should be inclusive and diverse,” said Chopra. She said that, for Anomaly, that comes to life in its positioning, and also via accessible prices and retailers. “I made this line for my 15-year-old self with long Indian hair down my back. I could never find anything that was made for me.”

Ganjoo agreed. While the beauty industry has slowly been making moves to be more inclusive, “South Asians are often overlooked in the conversation.” she said. “People told me Kulfi is never going to be a big brand and no one will invest because it’s such a niche market, a niche audience.”

Approximately 5.4 million South Asians live in the U.S., according to 2019 data from advo­ca­cy orga­ni­za­tion South Asian Amer­i­cans Lead­ing Togeth­er (SAALT). The population increased 40% from 2010-2017. But India is the second most populous country in the world after China. As it grows and modernizes, it is taking a page from China’s developed beauty market with its own retailers, platforms and homegrown brands. For example, Bloomberg reported last month that Indian beauty retailer Nykaa plans to IPO with a valuation of at least $3 billion. Chopra hopes to bring Anomaly to India later in the year.

Ganjoo believes Kulfi’s specificity will enable its scale. Products are tested on South Asian consumers and inspired by their needs and wants — for instance, Kulfi launches DTC-first next week with its twist on kajal eyeliners, a hallmark of Indian beauty. Kulfi Bites, its sister content site, profiles South Asian community members and stories. A recent post includes the headline, “Navigating Clubhouse as a South Asian creative is complicated.”

This messaging is in contrast to brands that launched just a few years ago. For instance, it took Indian- and Ayurvedic-inspired brand Uma Oils three years to lean further into its roots in copy and education. “When we launched, I made a deliberate attempt to steer clear of pure Ayurvedic terms like the three doshas — Vata, Pitta, and Kapha — because of what I thought the industry and customer were ready for. Over the last six months, I’ve had a rethink,” founder Shrankhla Holecek previously told me.

“One of the things we talk about as a family is this huge boost of wellness practices that are coming here in America and in Western cultures, and the frustration or colonial hangover of when a white person makes a tumeric water and then becomes a millionaire,” said Chaudhuri. “Indians and South Asians are completely cut out of the dialogue, even though these beauty and wellness practices are our culture.”

Shaz & Kiks launched as a DTC brand last year with its hero Back To The Roots Scalp + Hair prewash. The prewash is a take on the legacy hair oils of India, but in a mask form. The brand debuted with Urban Outfitters three weeks ago and has sold out twice on its site. This summer, it will debut its first shampoo and conditioner. Though larger retail partnerships are on the founders’ brains, Chaudhuri, who previously led digital growth at Condé Nast, said they are currently betting on e-commerce and social to drive the vast majority of sales end engagement. “It’s where we can be in-your-face and unapologetic about who we are,” she said.

Fable & Mane is another newer brand betting on South Asian rituals. “We see our brand as a reflection of ourselves,” said Nikita Mehta. “Our products are vegan, because we are vegan. They’re Indian because we are. We donate to wild tiger conservation because we think that deserves urgent action. It’s not great marketing; it’s who we are.”

Hail oils especially have become an outgrowth of the larger self-care movement during Covid-19. Buzzy brands like Crown Affair and Bread Beauty Supply have launched their own iterations with better-for-you ingredients.

“Growing up, we would have these amazing scalp massages from our grandmothers. They would make these recipes with herbs and adaptogens, and oil my hair while telling me stories from the ‘Panchatantra,'” said Nikita Mehta. “We wanted to bring back this Indian tradition, but in a modern, celebratory way.”

Mehta’s co-founder and brother, Akash Mehta, worked as a social and digital manager at Estée Lauder Companies and Christian Dior Parfums, and Nikita Mehta worked in sustainability at LVMH. Neither thought they would find their way to beauty, despite that their father, Dilesh Mehta, is the chairman and CEO of Designer Parfums, which is behind Jennifer Lopez’s, Ariana Grande’s and Naomi Campbell’s fragrances. Though Fable & Mane debuted through the SOS Beauty Incubator last year, all operations have since been brought in-house, said Akash Mehta.

Fable & Mane launched at Sephora in April 2020; it’s HoliRoots Pre-wash Hair Treatment Oil is a top-five selling product at the retailer. The brand has subsequently launched at Boots in the U.K. and Douglas in Germany, and collectively sold out three times since last spring. In addition, it’s seen steady 30% month-on-month sales growth, said Akash Mehta.

Of the growing South Asian movement, Chaudhuri said that these beauty rituals are as timeless — and as business savvy — as anyone else’s. “Using formulas or ingredients from one part of the world can have appeal everywhere; we’ve seen that,” she said. “Now, it’s our turn to bring our kind of beauty to the world.”

Pull Up for Change’s Sharon Chuter is back with Make It Black campaign.

And so does Estée Lauder Companies.

India’s Nykaa is a beauty force to be reckoned with.

Glossier is increasing its presence in Black cultural spaces.

Gorilla Glue as a beauty fix went viral on TikTok.