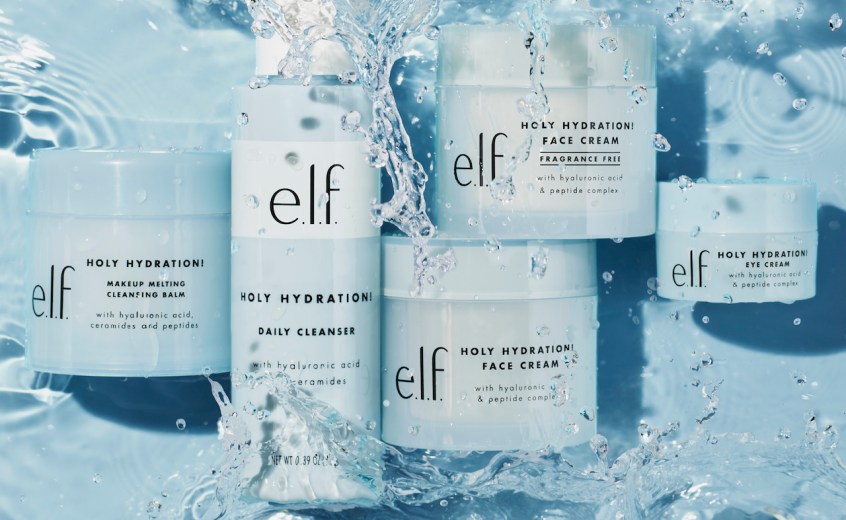 The mass beauty category has moderated over the course of the pandemic, but E.l.f. Beauty continues to outperform.

In its third-quarter fiscal 2021 results, announced on Wednesday, E.l.f. Beauty said its net sales had increased 10% to $88.6 million for the quarter. Gross margin decreased 0.5% to 64% during the quarter. The company also gained 100 basis points of market share in the color cosmetics segment, per Nielsen. Overall, sales in the mass category improved to -6% for the four-week period ending January 23 from -9% for the period ending January 9. Only E.l.f. and L’Oréal (1%) saw improvement. Coty remained flat at -22%, while Revlon worsened at -30%.

“[We’re] delivering 10% sales growth in a category that’s down 20% in results; that’s E.l.f. continuing to pick up a lot of market share,” said Tarang Amin, E.l.f. Beauty chairman and CEO.

Amin attributed the company’s ongoing success to its digitally native roots, its stickiness with consumers and its product innovation pipeline. He name-checked E.l.f.’s new Camo CC Cream, a makeup-skin-care hybrid, and its Holy Hydration skin-care line when discussing recent innovations.

“We’ve seen online sales increase triple digits, both on ElfCosmetics.com and our retailer.coms. A lot of those investments we made in digital continue to pay off,” said Amin.

E.l.f.’s share at retailers and their websites is only expected to improve, as Target and Ulta have inked a partnership for 2021 and are two of E.l.f.’s biggest partners. That is also true for E.l.f.’s sister brand W3ll People. For now, E.l.f.’s Keys Soulcare is exclusively sold at Ulta.

“We’ve always had strength at Target; they’re our longest-standing national retailer. In the quarter, we pretty much supplanted L’Oréal for the No. 1 position [in sales], so that shows the continued momentum we have there. Ulta we entered later than Target, but we’re seeing really great results. They took up more space with E.l.f., and W3ll People is in their Conscious Beauty Program.”

Over at Walmart, E.l.f. has been an omnichannel boon for the company; it launched its latest collection, the Mint Melt skin-care line, exclusively with the retailer and its website.

Regarding engagement with consumers, Amin underscored the importance of being on the right channel at the right time. “We continue to bring E.l.f. to the forefront, from a consumer relevancy standpoint, like [through] our latest partnerships with Loserfruit, or Lufu [Kathleen Belsten, a popular gaming streamer], on Twitch. I’ve really enjoyed the gaming space both for female and male gamers, [as it points to] other brand-building events,” said Amin.

E.l.f. recently launched on Triller in December, as well, and was an early adopter of TikTok in 2019.

But for Amin and his team, “It’s not just [about] being the first.”