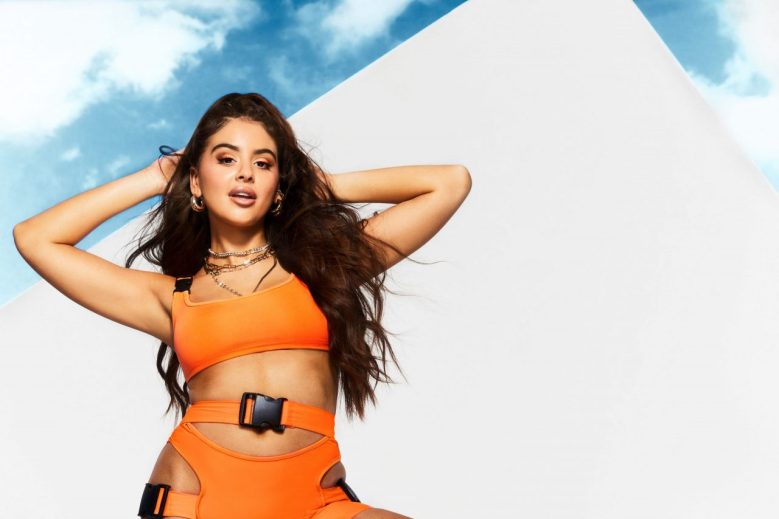 Lauren Giraldo became an influencer by accident, by way of a Vine video in 2013. At the time, she was 15 and, technically, not supposed to be on social media. She went by “Princess Lauren,” so her mom wouldn’t be able to find her by her last name, Giraldo told Glossy. Today, Giraldo, 23, spends most of her time on YouTube, which she calls her passion. Her channel has more than 1 million followers. She also has 891,000 followers on Instagram and 453,000 on TikTok.

As of this week, she’s also the face of Morphe’s latest launch. Called Glowstunner, it’s the brand’s first-ever SPF-fortified complexion product and launches on July 8. “I’ve been a Morphe fan for so many years. I’m sure they’d noticed me flirting with them. And when they asked me to be the face, I was just so taken back, because I was like, ‘Oh, my goodness, Morphe really believes in me like that,’” Giraldo said. Other recent paid partnerships across Giraldo’s social platforms have included The Farmer’s Dog and Playtex Sport.

Given that, as an influencer, it’s literally her job to keep on top of social trends, we caught up with Giraldo on the things currently on her radar.

Creamy, minimal makeup
Whether it’s semi-post-Covid life, or simply what’s in right now, Giraldo is sticking with a less-is-more approach to makeup. “A lot of people on YouTube are saying on YouTube that it’s the end of the 2016 era of everybody doing these crazy looks,” she said. Now, it’s all “dewy, soft, natural, pretty…It makes sense, with the rise of all these amazing cream blushes and bronzers.” Her other favorite product is the Morphe 2’s Wondertint Cheek & Lip Mousse, a cream-based product. On the topic of full-coverage foundation: “I don’t even want to go near a foundation these days. I’m like, give me a tint, and let me move on with my life.” She’s a fan of influencer iluvsarahii, saying she posts the best looks.

The Y2K download
“I feel like everybody needs to hear about Mila Tequila. I rave about her. She sits there on her bed with a glass of wine, and she’ll do videos recapping early 2000s drama and tea, but in-depth,” Giraldo said. “With Y2K being back right now, it’s just nostalgic. good. content.”

Giraldo is a fan of the early aughts renaissance. “In the year 2000, was I an infant? Sure,” she said, “But I still lived through the early 2000s.” In celebration of the trend, she’s repurchased the infamous Steve Madden platform slides and has started wearing hair clips again. “I see things coming back that we all swore we would never do again. It makes me wonder, ‘Are we going to bring back the early 2000s disgusting, nasty, terrible fashion, like leggings under skirts?”

“Butt-crack leggings”
“I’m loving the leggings with the wrinkle down the butt,” Giraldo said. “I know they’re just made to make your butt look big, but they work so well. I love them.” Though she said she tells her friends not to tell everyone about them, her brand of choice is Alphalete. “I found out about them through a YouTuber I watch who reviews every type of legging under the sun. And it’s never sponsored, so I always trust her,” she said. “I’m telling you: It just brings out this confidence. On the first day, it does feel like a big wedgie or like you’re wearing a wet pair of leggings that really stuck. But once you get over the uncomfortable feeling you’re just gonna feel like a bad bitch.”

Sunset lamps
“I haven’t pulled the trigger yet, but it looks amazing and I see it all day,” Giraldo said of this TikTok trend, which is exactly what it sounds like: lamps that project a colorful, sunset-esque halo onto a wall. Needless to say, it’s become photoshoot fodder, and TikTok posts showcasing the lamp have received upward of 1 million likes. (Case in point: here and here).

TikTok wellness
Like just about everyone else with a TikTok account, Giraldo’s been experimenting with gua sha and chlorophyll-spiked water. “It is all about that right now,” she said of gua sha. “Everybody’s trying to master the movements — I don’t even know if I’m doing anything to change my face, but I took my ‘before’ pictures, so I’ll find out,” she said. As for adding seven drops of chlorophyll to her water each morning, “TikTok made me do it,” she said. “TikTok made it so viral that it was sold out on Amazon for weeks. I was like, ‘You know what? There must be something to this.’ I have noticed my armpits…I’ve been smelling less bad. And I live in an Arizona where it’s 107 degrees right now.” Her tip: Add lemon to cut the “dirt from the ground” flavor. Of course, consulting a doctor before trying TikTok wellness trends is also a good idea.