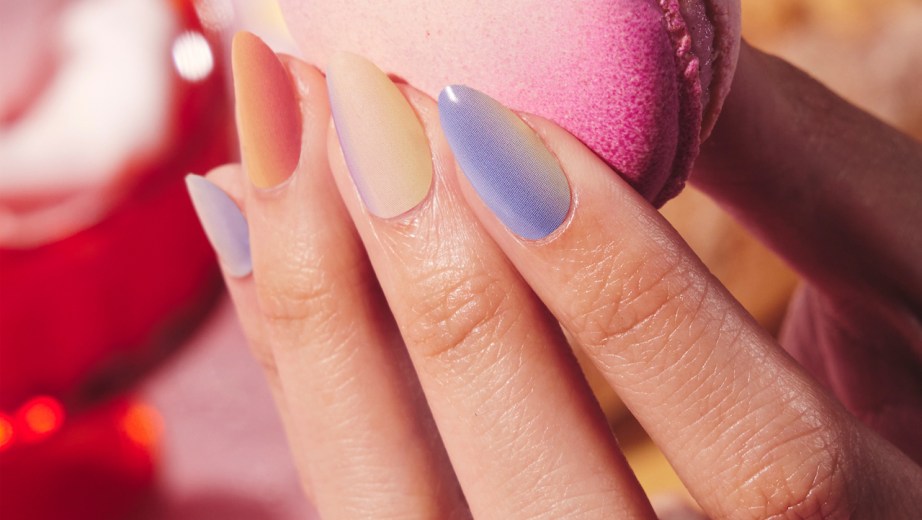 Once relegated to the drugstore beauty aisle, packaged press-on nails have had a resurgence as an Instagram status symbol.

Thanks to the rise of intricate nail art and “nailfluencers” on social media, press-on nail brands with stylish, Instagrammable designs have been proliferating online. They tap into the social media trends of the moment or the designs of popular nail artists. Many were started during the pandemic, in response to nail salon shutdowns. But beyond the pandemic, affordability, convenience and social media cycles have all been factors driving demand. Google searches for press-on nails have grown by 32.2% in the past year through June 2021, according to Spate, while searches for nail stickers are up 55.3% over that time period.

Paulina Galoostian, who works in influencer marketing at Who What Wear, used to get her nails done weekly before the pandemic. When she couldn’t head into the salon, she launched her brand Tella Nails in November 2020 as a solution.

“I didn’t really use press-ons before the pandemic,” she said, adding that, like many people, she had previously considered them “a little tacky.”

“When people hear press-on manicure, they don’t have a positive sentiment for it. And so we wanted to come with a really curated, chic angle that made people really excited to try something new,” she said.

Her brand taps into Instagram nail trends such and cow print and chrome, and its sells “drops” of nail sets in different designs for $12-$14 on its DTC site. Tella Nails has recently seen a boost in sales after appearing on the nails of influencers including Justine Marjan and Shahd Batal.

With in-person appointments dramatically curtailed during the pandemic, a contingent of celebrity nail artists also launched their own brands or collaborated with press-on nail brands on trendy designs. Olivia Rodrigo’s nail artist Tom Bachik recently partnered with ImPress on a set of press-ons, while celebrity nail artist Brittany Boyce launched Nails of LA in November 2020.

Hip nail salons known for their designs have also gotten in on the press-on market. During the pandemic, chic New York spa chain Chillhouse created press-on versions of its Instagram-ready manicures, which are sold on its DTC site and at Urban Outfitters and Free People.

While press-ons have yet to grace the shelves of Sephora, other retailers and e-tailers are all-in on the trend. In addition to Chillhouse, Urban Outfitters sells a range of trendy press-on sets from Nuka, Static Nails and Shrine.

Meanwhile, thousands of nail artists across the U.S. have turned to online platforms to sell their custom designs during the pandemic. A search on Etsy for “press-on nails” brings up over 114,000 results. There are now even press-on nail art NFTs.

Nail wrap brand ManiMe has teamed up with 35 nail artists for collaborations since it began doing collabs at the beginning of 2020. They’ve included Hang Nguyen, Mei Kawajiri and Jessica Washick.

A look by ManiMe. (Courtesy photo)

The pandemic “was an opportunity for them to find out about ManiMe as a business,” said Jooyeon Song, ManiMe founder and CEO. The company currently has 25 additional artists in the pipeline to partner via their designs in 2021. Eventually, the brand will open up a “ManiMe 2.0” marketplace model, which will allow nail artists to upload any design of their choice to ManiMe in order to produce limited-quantity batches, which they will be able to promote on their social channels.

Song founded ManiMe in 2019 after taking inspiration from the longtime popularity of nail art in South Korea. She noticed the nail art trend catching on later in the U.S. because of Instagram.

“The customer behavior I personally found super interesting was how people were browsing on Instagram or TikTok, searching for their favorite design to be their next manicure, screenshotting that design and bringing that to the local nail salon,” she said.

Nails of LA founder Boyce also saw the nail art trend take off before the pandemic. Her brand now offers both press-ons and wraps featuring her designs.

“Nail art has been big for a while now. I know that when I started doing nails, people were into nail art, but it wasn’t what it is now. It’s definitely more sophisticated. It’s very modern,” said Boyce.

Prior to the pandemic, the rise of nail art had already begun, thanks in large part to celebrities and influencers sharing their nail designs on social media. Boyce only has two celebrity clients left who prefer nude nails. For the rest of them, “it’s very rare to go with a regular color” these days, she said. “Everyone gets some type of nail art.”

Now, the work-from-home lifestyle and influencers have broken down the stigmas around both nail art and fake nails. Both before and especially during the pandemic, influencers and celebrities let their guard down and admitted that their fabulous nails were, indeed, press-ons. Jennifer Lopez and Congresswoman Alexandria Ocasio-Cortez were among those who openly talked about their press-ons pre-pandemic, while Ariana Grande showed off a set of press-ons last year during lockdown.

“The No. 1 way we’ve seen the press-on manicure sentiment change is through the creators on Instagram,” said Galoostian.  “They actually started talking about it more openly.”

“Between Pinterest and Instagram, nail art is appropriate for everyone now,” said Boyce. “It doesn’t matter if you’re a lawyer. You can still have some cool type of nail art.”