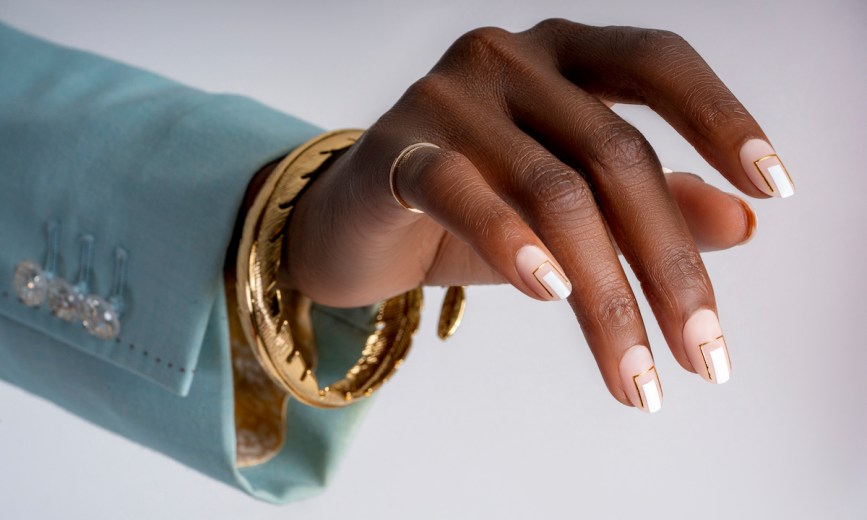 Nailfluencers gain cult status in the era of home manicures

When the pandemic shutdowns hit in March, celebrity nail artist Brittney Boyce halted her work. But her clients were desperate.

“In the beginning of the pandemic, we were getting a lot of DMs from people, even before anyone was comfortable taking house calls,” she said. Rather than risk the virus, she came up with a creative solution: She began hand-painting press-on nails with her popular designs and sending them over to clients. This was how her new press-on brand Nails of LA was born.

“As soon as the pandemic started, I had all the time in the world. That’s when it really all came to mind,” she said of her brand that launched with a DTC e-commerce site on November 17. “I’m used to working 17-hour days, so it’s been the first time in years that I’ve actually had the time to sit down and think of how I wanted to strategize.”

The new brand, which features sets of Boyce’s Instagram-worthy press-on nail designs, taps into the rising tide of social media nailfluencers. Already popular pre-pandemic for their colorful, intricate or minimalist nail art, nailfluencers have taken off in the era of at-home manicures (and extreme boredom).

“There are so many benefits when collaborating with nailfluencers and artists, but the biggest is the community it creates,” said Jooyeon Song, the co-founder of custom stick-on gel nails startup ManiMe, via an email. The brand has worked with 16 different celebrity and professional nail manicurists. In December, it launched a collection with Mei Kawajiri, who works with clients such as Dua Lipa, Marc Jacobs, A$AP Ferg and Jonathan Van Ness, and has over 246,000 Instagram followers.

Since most top nailfluencers are used to working with clients full-time, they’ve been using the time at home to create more online content, and generate more followers and engagement. Boyce showcases her creations on Instagram via photos of clients such as Megan Fox, as well as her own hands.

“People are trying to be a little bit more creative because it’s on their own hands; they have the time and they’re at home to do it,” she said.

While makeup has long been the leading beauty category for social media engagement, influencers are now taking off in other categories such as skin care and hair. Attention to nails has also been boosted by the creative designs seen on top celebrities and influencers such as the D’Amelios.

“Nail art is wonderful and personal, just like makeup,” said Kawajiri, via email.

For the post-pandemic state of nails, Boyce predicts some — but not all — nail enthusiasts will have been converted to the at-home manicure.

“A ton of people are just like, ‘Oh my gosh, I want to get into my salon. I don’t care.’ And I know so many people that are the opposite,” she said.

One thing that likely will continue, however, is the popularity of social media-ready creative designs. Boyce said current looks that are popular include French manicures with bold colors and holographic foil glass nails.

Song said that “artwork and designs are the biggest trends in nails right now, and that will continue in 2021. In the new year, artwork and designs that are bright, happy and represent hope will be huge, as many are eager to leave 2020 behind.”