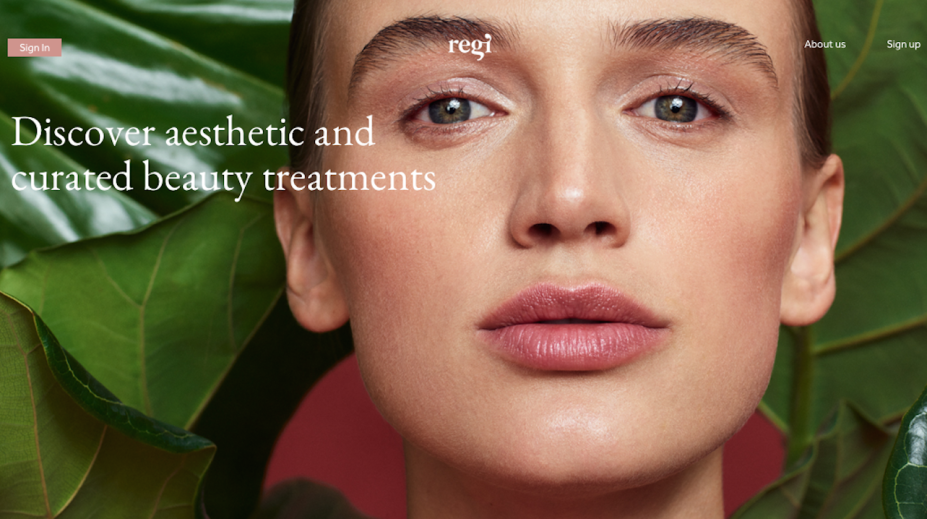 Regi works by providing access to beauty and medical-aesthetic treatments across providers in New York City and Los Angeles. It will expand to Dallas and Houston in fall 2019. It provides access to not only beauty spas like Chillhouse that provide basic services like manicures and massages but also to medical spas and dermatologist offices that offer injectables.

Regi is the second product to emerge from Allergan’s digital ventures unit called Project Moonwalker, following its editorial site Spotlyte in September 2018. With the launch of Regi, Allergan has the opportunity to interact directly with new consumers, many of whom they expect to be urban, beauty-oriented young women, a market it has been investing in.

“Millennials have paved the way for the on-demand economy and millennials, and more than Gen X and Baby Boomers, they want immediacy when they want a service, like food or shopping or transit. So that’s why we think it will be most familiar with the millennial,” said Alexandra Wilkis Wilson, svp of consumer strategy and innovation at Allergan. However, she said she expects it to reach a broader demographic as Regi opens in new markets and gains more consumer awareness.

Although Spotlyte and Regi live apart from each other, the idea is that they’ll work together along the customer-acquisition funnel: As Regi expands, the two websites will begin to overlap. At the top of the funnel lives Spotlyte for the potential customer who wants to learn more about services like laser facials and medical aesthetics like injectables. Then they can move on to Regi to book an appointment and then receive services at a spa or doctor’s office.

Spas and salons pay Regi 20-30% of the final retail price, while doctors pay a fee per appointment, according to Wilkis Wilson, who declined to say how much the fee was.

The launch of Regi comes at a time when minimally invasive procedures are seeing interest from consumers, especially as a preventative measure. In 2018, demand for injectable products under brand names like Botox, Dysport and Xeomin rose 3%, while fillers such as Juvederm and Restylane rose 2%, according to the American Society of Plastic Surgeons’ most recent annual report. Allergan’s anchor brands including Botox, Vraylar and Juvéderm added nearly $1 billion in new revenue to the company’s core business in 2018, according to a fourth-quarter earnings report.

To promote the launch of Regi, Allergan is working with 10 paid influencers in Los Angeles and New York, although a spokesperson declined to say who. These influencers will post next week about the launch of Regi, and then in a few weeks, they’ll post again about the site with a personal take on how they used it to book a service. Allergan’s contract also stipulates a third post, but the content has not yet been determined, the spokesperson said. Regi is also employing paid marketing on Facebook and Instagram, and considering opening up social media channels on YouTube and Twitter as the platform evolves.

In time, Regi may also be released as a standalone app.