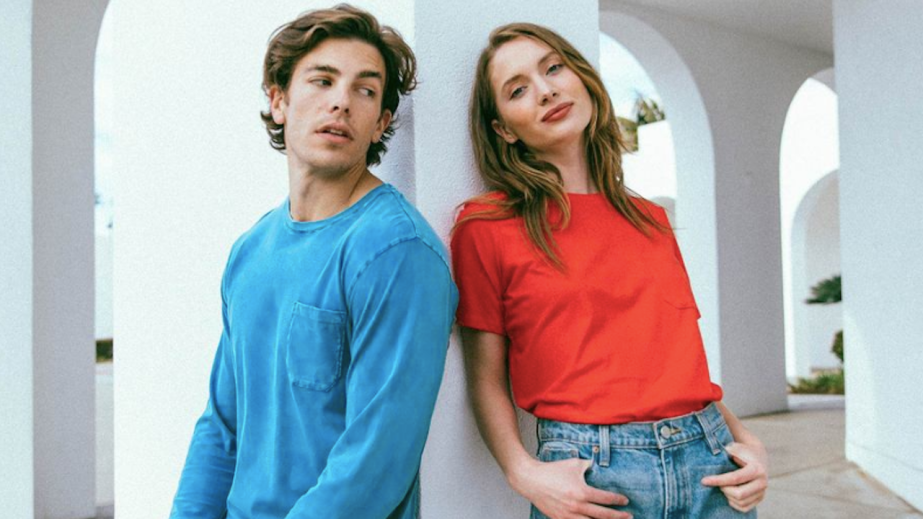 How Richer Poorer is using DTC to support wholesale

The Orange County-based company, founded by Iva Pawling and Tim Morse in 2010, started as a men’s sock business heavily reliant on sales through retail partners. A few years in, it began expanding to new product categories in the “comfortable” realm, including tees, sweats, underwear and bralettes. Those categories quickly grew to make up 85 percent of its direct-to-consumer business, while at the same time, they accounted for just 15 percent of sales in wholesale channels.

Pigeonholing Richer Poorer as a sock-only brand, many retailers were more interested in the brand expanding its crew-sock range to women. When the brand answered that demand, the category flopped. “I’m sitting on 200,000 pairs I could sell you,” said Morse.

Since then, it’s made a practice of selling every new category DTC for a full season before introducing it to wholesale partners. For example, Richer Poorer is launching a fleece range of styles at the end of April, but won’t offer them up to retailers until July. The idea is to build up data on sales, to lessen a retailer’s risk for scooping up the category. Fueling demand is also a goal — most of Richer Poorer’s retail partners follow it on Instagram, said Morse. When the brand starts serving up images of new products in top-of-funnel ads, retailers start asking about them.

“For retailers, there’s obviously some struggle out there,” he said. “But we can help them see what’s actually going to work and sell through for them, and be a true solution partner by being transparent about our data — as opposed to just, ‘Here’s some product, hope it sells.’ Because if it doesn’t sell, we’ve got to end up taking it back and sorting it out, and it becomes an unhealthy ecosystem.”

“We want to figure out how to use direct-to-consumer sales to support wholesale, instead of it being just this other thing in the market,” said Pawling. “It’s about actually using both channels to support each other. We’re not yet there, where we can say, ‘In your market, this is what the consumers are buying, in this percentage and this is what your assortment should be, but that’s the plan.”

As the brand grows and changes, getting retailers to embrace newness will be crucial to maintaining those relationships — particularly as Pawling and Morse believe in constant evolution.

Richer Poorer, which has focused on slow growth and profitability, and shied away from VC funding, is in a good place. It’s averaged 65 percent growth in annual sales for the last eight years, and it projects $12 million to $13 million in sales this year. Women’s is its fastest-growing category, seeing a 300 percent boost in 2018, and sales on the brand’s e-commerce site grew 165 percent.

Prior to moving to the soft-launch strategy, it would take multiple seasons for a category to reach 5 percent of the brand’s total revenue. After, tees hit 20 percent of revenue in one season and bralettes hit 30 percent in a single season.

To further educate retailers on new merchandise as all things move to digital, the brand has started creating and distributing videos of its line, typically done at tradeshows, and hosting Zoom meetings in its office to walk retailers through the collection. It’s also sending samples and representatives to retailers’ headquarters, when helpful.

Morse said the brand’s seen much success selling through Nordstrom. “They’re very forward-thinking. They have the approach: If your brand is strong, it’s better for us. We don’t want to cannibalize your DTC business.” Richer Poorer has also seen great sales at specialty boutiques in cities outside of New York and L.A. As major retailers push back on the brand’s evolution, the brand will likely move further into the specialty space.

“With large retailers, you have to give them a bigger discount, and they have all these markdowns at the end of the season,” said Morse. “We have to pay for shipping to their facilities, and then it’s net 60 terms or net 90 terms. You start to look at it like, ‘Wow, am I even making money on this?’ With boutiques, it’s pay-upon-shipping, the credit card’s on file — it’s just an easier business to manage, and it’s more profitable.”

When it comes to making large retailers see the brand’s potential, Pawling and Morse said they can only do so much.

“We’re stepping away from retailers who only see us as a sock brand,” said Pawling. ”That’s not the direction the brand has been headed for a while now, and if don’t want to be part of the 2.0 version of the company, that’s totally fine.” — Jill Manoff

Atelier Cologne’s Christophe Cervasel: ‘Don’t expect the customer to discover your brand’
Niche fragrances have been seeing growth for the past few years, thanks to consumer interest in more natural ingredients and the corresponding decline in designer fragrance sales.

Atelier Cologne, known for citrus scents, is one niche fragrance brand that has seen success. It launched in 2009 by Christophe Cervasel and his wife, Sylvie Ganter. To date, over 500,000 bottles have been sold across 24 retailers in more than 30 countries. In 2017, the brand was acquired by L’Oréal Group.

Glossy spoke with Cervasel about how fragrance retail has evolved, what Atelier Cologne is doing to enhance the e-commerce experience and why the brand is finally embracing its founder story.

How has perfume retail changed over the years?
When we started with our first store in Nolita, it was a place for experiences and a flagship. It was the perfect way to introduce the brand to the media and community. Then three years ago, we opened a concept store in Hong Kong, and it has [walk-up] windows. Basically, you can smell, shop and get your scent personalized while still being outside the store. I think that reflects retail’s evolution. If you always expect the customer to enter your shop and start discovering your brand, you will lose a lot of customers.

How are you approaching the online experience?
Each of our perfumes is inspired by a story or a moment of life where there are characters, a plot and things happening. By reading just the three main ingredients, you have a good idea of what you’re going to smell. This is the approach we have in the real world when customers enter our stores, too — we tell them these stories. We also have another approach, which is more practical: You can buy our samples so you can try them at home.

How are new consumers finding you?
Up until two years ago, we weren’t doing any social media. The way to discover us was to go to our boutique and through some sampling programs. But now we are more active on social media, so we can leverage our story and make it easy for us, and also make it easier for influencers to talk about our perfume. It’s not only just for advertising, but it’s also for explaining who we are.

How important is the founder story to the brand?
When Sylvie and I first started the brand, we didn’t want to talk at all about ourselves for the first three to four years. But then when we opened a few boutiques and we did a lot of events with our customers, and we started to talk about ourselves and how we met. The long story short is that I asked her to marry me in order to help her make her dream come true, which is Atelier Cologne. This story, which is a true love story, has always been interesting to our clients to understand that Atelier Cologne has never been a business, but a passion and dream. — Emma Sandler

Farfetch’s plan to attract younger shoppers
While luxury is usually the domain of those old enough to be able to afford it, Farfetch has been putting a major focus on young people. The luxury e-commerce platform’s recent efforts — from acquiring sneaker reseller Stadium Goods to launching the second iteration of its annual tech accelerator, Dream Assembly — have all been focused on the future.

After the Stadium Goods acquisition, I spoke to Farfetch CEO Jose Neves, and he shed a little light on how the company views the importance of young consumers to the future of luxury.

“A lot of luxury is driven by millennials,” he said “We have a very small percentage of sneaker customers who tend to be younger, so we needed to fix it. Looking toward the future and the audience we want to build, a lot of it comes down to demographics.”

But Farfetch has not lost touch with the more traditional luxury crowd. Just yesterday, the company announced it would be the official e-commerce partner for old-school British luxury retailer Harrods through its Farfetch Black & White Solutions program, which is reportedly based on a revenue-share model.

But Neves was adamant that Farfetch will continue to pursue younger customers. “In luxury, we need to court more younger customers, and the way to do that for us has been to expand into more casual wear and sneakers, things like that,” he said. “We are going to continue to see the convergence between those two worlds.” — Danny Parisi