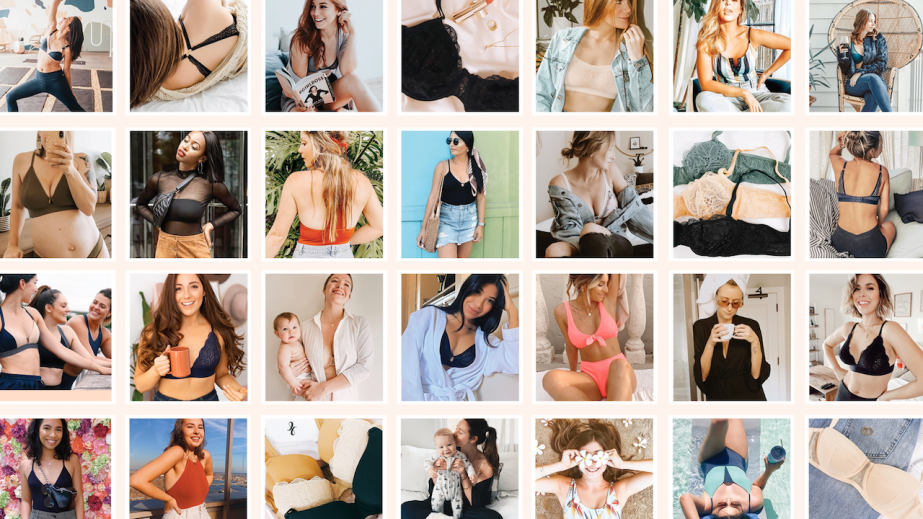 Why underwear is becoming fashion’s most exciting category

The intimates and lingerie category has undergone a radical transformation in the last decade. The “sex sells” philosophy of Victoria’s Secret’s heyday has waned in popularity, as Gen-Z consumers desire body positivity and inclusive messaging.

Now, with the category in flux, new and existing players are reinvesting in underwear as the sector soars to be a $250 billion global business. The latest brand to do so is Adidas, which announced on Friday a global partnership with Israeli textile manufacturer Delta Galil, to begin selling men’s and women’s underwear globally. Delta Galil works with retailers like JCPenney, Target and Wal-Mart and brands like Calvin Klein, Hugo Boss and Ralph Lauren.

Victoria Vandagriff, the president of Delta Galil’s branded division, said that the Adidas product, while showing some of the sporty aesthetic the brand is known for, will be a straightforward underwear product. It will include bras and bottoms, and will not include athletic apparel or sports bras, which are made in-house by Adidas under the “training underwear” category. The line is meant to compete directly with others in the traditional underwear space like Aerie, Victoria’s Secret and Lively.

The collection will be sold under two Adidas labels: the Badge of Sport line, which uses athletic silhouettes and performance materials, and Adidas Originals, the brand’s more streetwear and fashion-focused line. Both will be sold through Adidas’ DTC channels and through department stores. The Badge of Sport line will also be sold at sporting goods stores like Champs and Dick’s Sporting Goods, while the Originals line will be distributed at “select fashion retailers,” though specific stores were not disclosed. Adidas was not available to comment on this story.

Vandagriff said the No. 1 thing consumers are looking for in underwear today is comfort, noting that sales of bralettes, wire-free bras and seamless garments (cut from a tubular sheet of fabric, so no seams or stitches are used) have all increased in the last six months. Data from retail analytics platform Edited shows that sales of triangle bralettes grew nearly 120% between December and February. Sales of sports bras and stretch material underwear went up 382% in the same timeframe.

Vandagriff notes that Victoria’s Secret’s loss of market share over the last few years has opened the way for other brands to come into the lingerie space. Aerie is among the most notable, having reported in May an 89% surge in revenue in the first quarter of the year to nearly $300 million.

DTC underwear brands have also seen immense growth. That includes Parade, which hit $10 million in revenue within its first year. Intimates manufacturer Gelmart launched an incubator program in February geared toward cultivating and launching more DTC lingerie brands in the future. Its first incubated brand, Lively, sold for $85 million in 2019. And Rihanna’s lingerie brand Savage x Fenty is worth more than $1 billion, as of February 2021.

“There was a monumental change in mindset among the consumer, in terms of whether lingerie was something you wore for someone else or something you wore for yourself,” Vandagraff said. “Victoria’s Secret was just a little behind on that, but the good thing is it opened up a lot of space for new people in the market.”

On Wednesday, Victoria’s Secret unveiled a rebranding strategy that sees them ditching the focus of its “angels” and the unrealistic body types that have earned it criticism over the years, in favor of being more inclusive of women of different sizes and gender identities.

“While Victoria’s Secret continues to try to revive its value proposition, other brands, such as Parade, see the opportunity to create a stronger bond with customers,” said Andre Artacho, managing director at growth consultancy Two Nil. “Brands like Parade are succeeding by building a brand that is for their customers and real people, instead of a distanced aspirational focus.”

Whether that rebrand is enough for Victoria’s Secret to earn back goodwill from young consumers remains to be seen. But even with some of the backlash it’s faced and the rise of alternative brands, Victoria’s Secret remains a dominant player in the industry. It still has a 16% share of the market, more than any other brand. Vandagraff, who does some business with Victoria’s Secret through Delta Galil, said that Victoria’s Secret is “still a brilliant brand.”

“They were late, but not too late, to how the consumer was changing,” Vandagrafff said.