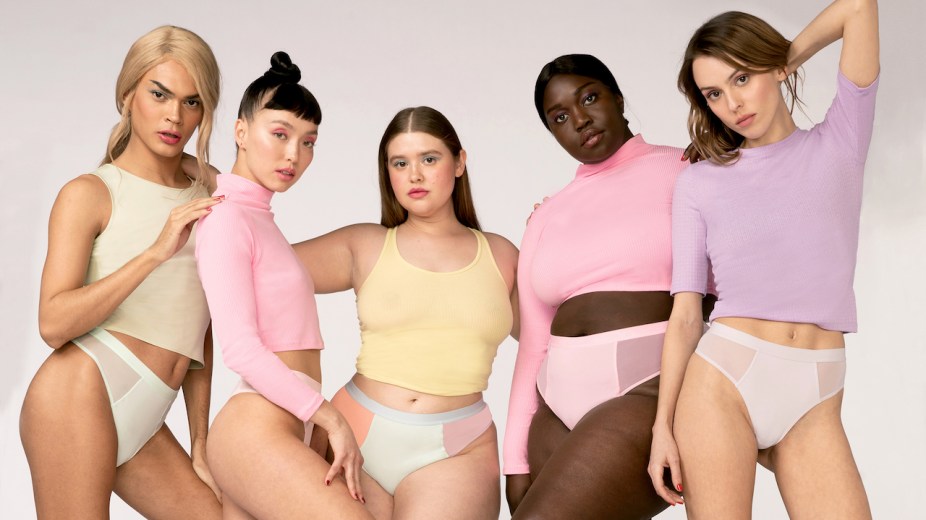 How underwear brand Parade reached $10 million in revenue in 2020

DTC underwear brand Parade is one of many upstart challengers in the category that was once dominated by Victoria’s Secret. While the latter has seen a decline in its cultural relevance and there have been countless DTC brands looking to pick up some of its market share, few have captured Gen Z’s attention like Parade.

The brand is not even 2-years-old — it launched in October of 2019 — but it’s sold more than 1 million pairs of underwear. It generated more than $10 million in revenue in 2020 alone, driven entirely through its direct-to-consumer e-commerce site. A rep for the company said it expects to increase its annual revenue by 4x in 2021.

To fuel that growth, founder and CEO Cami Tellez said her team is focusing on two things: category expansion and achieving profitability. On the former front, the brand launched into bralettes, in hopes that the category will be a hit among Gen Z. The brand closed its latest funding round of $10 million in late April to reach a $23 million total valuation.

The round was lead by Maveron Ventures, which has invested in brands like Allbirds and Dolls Kill. Five other venture capital firms, including Vice Ventures, Shrug Ventures, Greycroft, Cassius and Lerer Hippeau, also contributed to the round. Notably, Tellez said she is focusing first and foremost on achieving and maintaining profitability, in contrast with the fast-growth strategies of many VC-backed brands. She said she’s interested in raising more money in the future once the brand achieves profitability.

Tellez credits the brand’s rapid growth thus far to cultivating a community both online and in-person, as well as presenting the product in the right place and at the right time for young people looking for Victoria’s Secret alternatives.

Online, primarily through Instagram, the brand has leveraged support from a size-diverse array of unpaid brand ambassadors, from big celebrities like actress Julia Fox, with 600,000 followers, to micro-influencers with only a few thousand followers. Altogether, Parade sent Instagram messages offering free samples to more than 6,000 people in its first year. Parade reached out to women and nonbinary people, specifically, and prioritized maximizing size and race diversity within those groups.

Parade’s tagged images on Instagram span thousands of posts, including many by fans that have posted sans a prompt.

Parade hosted its latest physical event on Saturday, in Miami. It was a small pop-up popsicle stand outside of the event space Freehold. It gave out popsicles, while promoting the brand and giving out discount codes. The brand has also made use of out-of-home marketing, putting up billboards for the bralette collection in two key markets: New York City and Los Angeles, along with ground level out-of-home like bus shelter ads every two months since the brand’s inception. In addition, it has a recently launched TikTok account with 10,000 followers that features brand and user-generated content.

“We really believed that revolutionizing a category as emotional as underwear had to be a grassroots movement. We launched with no PR and relied on our community to tell the world about Parade,” Tellez said, adding that she will rely on feedback from the brand’s online community to help drive future business decisions. “It’s easy to build a brand that’s relevant for two or three years, but to make Parade a brand that’s culturally important for 10 years begins and ends with listening to our community.”

While intimates brands like ThirdLove and Aerie have grown popular, Victoria’s Secret is still a dominant force in the underwear sector. The company has a 16% share of the market, more than any other brand. For reference, Parade’s 200,000 customers are about 0.5% of the market. In February, parent company L Brands revealed that Victoria’s Secret’s digital sales had grown 33% year-over-year and that it had made $2 billion in revenue that quarter, a significant improvement for the brand compared to prior quarters. For comparison, in the quarter ending August 2020, Victoria’s Secret made just under $1 billion in revenue.

But Parade’s popularity with Gen Z and impressive growth in a short time positions it well.

“Parade has been growing, and they’ve been creating strong connections with customers through inclusiveness,” said Andre Artacho, managing director at growth consultancy firm Two Nil. “The [underwear] category has plenty of different options, but Parade has the opportunity to continue to grow by building on what has made it successful: a community.”

Ultimately, Tellez said that large companies like Victoria’s Secret lack an understanding of what the modern young customer today wants.

“The era of behemoth brands that push a single aesthetic are long gone,” she said. “They failed to understand how the most emotional layer — intimates — would be the category where consumers craved self-expression and comfort over everything.”