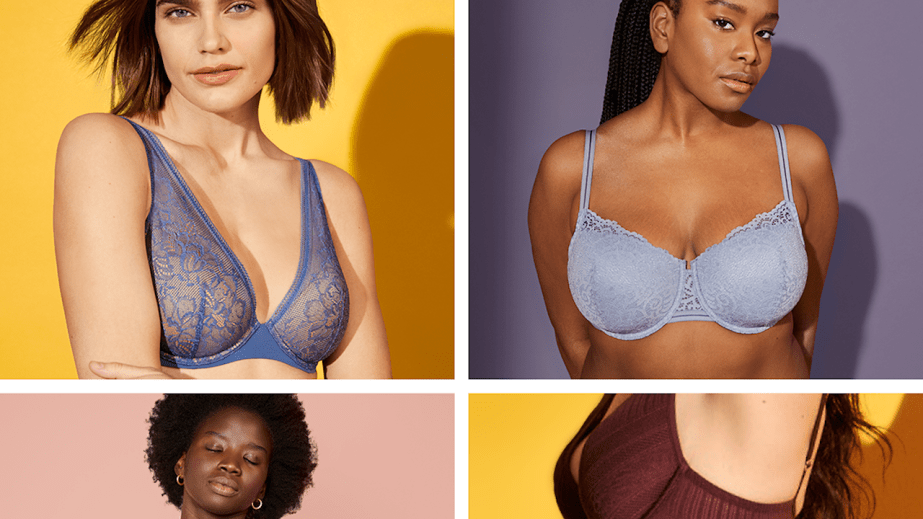 Direct-to-consumer brand ThirdLove is lowering its prices, in an effort to win over more bra shoppers used to shopping in-store.

On Wednesday, the 7-year-old company rolled out new pricing for its wireless bras and 24/7 T-Shirt style, the latter of which has sold 3 million units, according to co-founder and co-CEO Heidi Zak. Both have always been $68, but they’re now $55 and $45, respectively.

Zak said the new pricing provides a chance to earn shoppers newly open to the idea of buying a bra online, calling it an “opportune time to be able to offer more value.” The move follows L Brands’ announcement in May that it would be closing 250 Victoria’s Secret stores in 2020. And the new pricing aligns with that of “high-volume” Victoria’s Secret and Calvin Klein, which represent “the core of the market,” said Zak.

According to 2019 NPD data, ThirdLove is the third-largest e-commerce retailer of bras, based on sales, behind Victoria’s Secret and Aerie. Aerie’s wireless bras sell for under $30.

In addition, the change is meant to align ThirdLove’s inclusivity focus to its price point; it offers bra cup sizes A through I, and features women of a wide spectrum of ages in its marketing. However, Zak said, she’s cognizant that not everyone can invest in a $55 bra.

Along with the pricing update, the brand will introduce pricing-focused marketing for the first time. Unlike other DTC brands, it’s never pointed to savings associated with cutting out the wholesale middleman. In fact, it intentionally matched its pricing with department store brands.

“When we were starting [in 2013], the landscape looked very different than it does today,” said Zak. “As an online-only brand, we were saying we were offering the quality of a department store brand, but more convenience and [better] fit through our Fit Finder [quiz] and e-commerce experience.”

Zak said the change will be communicated to current customers by the end of the month via an email from Zak noting the price changes and the reasons for them. As for prospective customers, the company will push out top-of-funnel ads with the new pricing as the focus. As of Wednesday morning, ThirdLove’s Google ads lead with: “Bras starting at $45.”

Since March, the company has increased its focus on marketing efficiency by “spending the right amount on the right channels,” said Zak. Last year, it focused more on linear TV ads, while this year the focus is more on targeted methods of reaching the customer, like OTT. Google, Facebook, Instagram and podcast ads round out the marketing mix.

Prior to this year, the company was generating more than $100 million in annual revenue. It raised $55 million in February 2019, bringing its total funding to $68 million. Zak said, like most every fashion company, ThirdLove saw a major dip in March, but sales have since stabilized. Forty-five percent of its revenue comes from repeat customers, and its return rate is less than 20%.

In early 2020, Zak announced plans to open a handful of ThirdLove stores by year’s end — it closed a NYC pop-up in March. Now, she said, the company won’t consider investing in physical retail until the end of 2021, at the earliest. “It’s a great time to take a step back and be like, ‘Wait, does that make sense anymore?’” she said.

The pricing change was possible due to the cost savings that come with manufacturing at scale, Zak said, though she declined to share the new difference in margin. She said the company will continue to optimize elements impacting margin, including shipping and packaging.

In step with the new pricing, the brand is introducing a new “bundle” system that offers incremental discounts based on total order value, meant to increase order size. Prior, the tiered discounts had been restricted to bra purchases — for example, “Buy two bras, save $15.” ThirdLove also sells underwear and camisoles.

To date, like most DTC brands, ThirdLove has not leaned heavily on promotions to drive sales. Its restricted discounting to “mini promotions” on single styles and small collections, and running sales pegged to Black Friday and Cyber Monday.

“Brands rarely, proactively, choose to lower their price,” said Elana Ratikin Kipp, vp of innovation at retail marketing agency IN Connected Marketing. Among reasons to do so, she listed “maintaining or recouping positioning in a category.” ThirdLove was the subject of negative press in September, as employees detailed a toxic work culture. At the time, supposed customers said in social comments that they could no longer support the company. Zak said no one has mentioned it in months.

Brands with cash on hand in the current, unprecedented retail landscape are an exception, in that they’re likely to cut prices if they see the opportunity for growth, said Gareth Schweitzer, CEO of brand strategy firm Kelton.

“Somebody who can’t afford a $68 br a[likely] can’t afford a $55 bra, so a lot of the times when you’re discounting like that, it’s largely a marketing [opportunity] — and you’re still getting a hefty margin,” he said. “Businesses that have substantial funding behind them are looking at the current landscape and saying, ‘I can accelerate the marketing process now and come out of this downturn having acquired more customers.’”