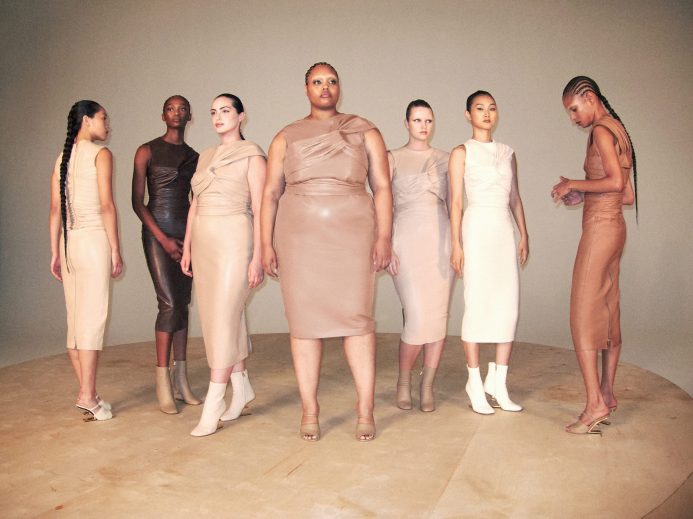 Weekend Briefing: Have the underwear, swimwear and activewear categories become one?

Increasingly, the lines between activewear, loungewear, sleepwear and other comfort categories are blurring. Last week, Athleta and Savage x Fenty demonstrated that by crossing into each other’s core categories. Elsewhere in fashion and beauty, there were signals that Alibaba may expand outside of China, PVH Corp announced 10% layoffs and, reportedly, Estée Lauder Companies moved close to a beauty deal with Balmain. Don’t forget to subscribe to the Glossy Podcast to hear interviews every Wednesday and Week in Review episodes every Friday, and check out the Glossy Beauty Podcast every Thursday. -Danny Parisi, sr. fashion reporter

Athleta, a successful brand under Gap Inc. on track to hit $2 billion in sales next year, is entering an incredibly crowded but lucrative market. Underwear sales have been growing steadily over the last year, and new brands are entering the category, like Skims, Knix and Parade.

Meanwhile, Savage x Fenty already had what you might call “indoor wear,” including leggings and pajamas, but will soon expand its offerings to include hoodies, joggers and sweatpants, among other styles. In truth, there’s much overlap between lingerie, activewear, sleepwear and loungewear. All are growing categories, and the brands that sell in one are increasingly offering the others, as well. For example, Athleta launched sleepwear and ThirdLove launched activewear last year. Even swimwear could be considered a part of this movement, with swim brands moving toward designs that can be worn in or out of the water. Underwear brands including CUUP have launched into swim, and swimwear brands like Andie have likewise launched into underwear.

Skims, founded by Kim Kardashian, is the best example of this crossover. Originally launched as a shapewear brand, it now offers loungewear, underwear, activewear, pajamas and swimsuits. It is a $3.2 billion brand.

Despite being one of the largest e-commerce businesses in the world, Western online retailers haven’t had to worry about competition from Alibaba in any region but China. The company has kept most of its focus on China, acting as a gateway for Western brands to reach the Chinese audience.

But last week, the Alibaba-owned e-commerce company Lazada announced plans to expand into Europe. While Lazada doesn’t sell luxury fashion the way Farfetch or Net-a-Porter do, Bloomberg reported that the move is only the beginning of a shift in Alibaba’s strategy to do more business in the West.

When Farfetch announced an acquisition deal with Richemont to buy part of Yoox Net-a-Porter last week, it further established itself as the dominant luxury fashion online retailer, with only Alibaba’s Tmall operating at the same scale. Both have kept their focus on their own home turf.

With Alibaba turning its attention to the rest of the world, the Farfetch-Alibaba partnership could expand, or the e-commerce giants may become competitors.

PVH Corp, the parent company of Tommy Hilfiger and Calvin Klein, is dealing with the increased costs of inflation and reduced revenue through job cuts.

On Wednesday, the company announced euphemistically that it would “reduce people costs” by 10% by the end of next year. Stitch Fix, ThredUp, Klarna and other companies have all taken a similar path.

In the announcement, PVH said its preparing for a “more promotional environment,” particularly in the U.S. in the next year. The combination of excess inventory, rising materials costs, supply chain delays and depressed spending makes for an uncertain future, particularly for wholesale fashion. The sentiment that there will be a frenzy of discounts later this year was echoed by URBN CEO Richard Hayne earlier in the week.

“We think there’s too much inventory across the board,” Hayne said. “I hesitate to call it a blood bath, but it’s going to be ugly, in terms of the amount of discounting and markdowns.”

While recent attention was on Estée Lauder’s potential acquisition of Tom Ford, a new luxury partnership has emerged for the company.

According to Business of Fashion, Estée Lauder is in the process of finalizing a deal to produce and market a beauty line for Balmain, similar to its existing partnership with Tom Ford. The latter is one of Estee Lauder’s most successful brands, pulling in close to $1 billion annually. If the partnership goes through, and if Estée Lauder can make magic twice, Balmain beauty could be a growth vessel for the company.