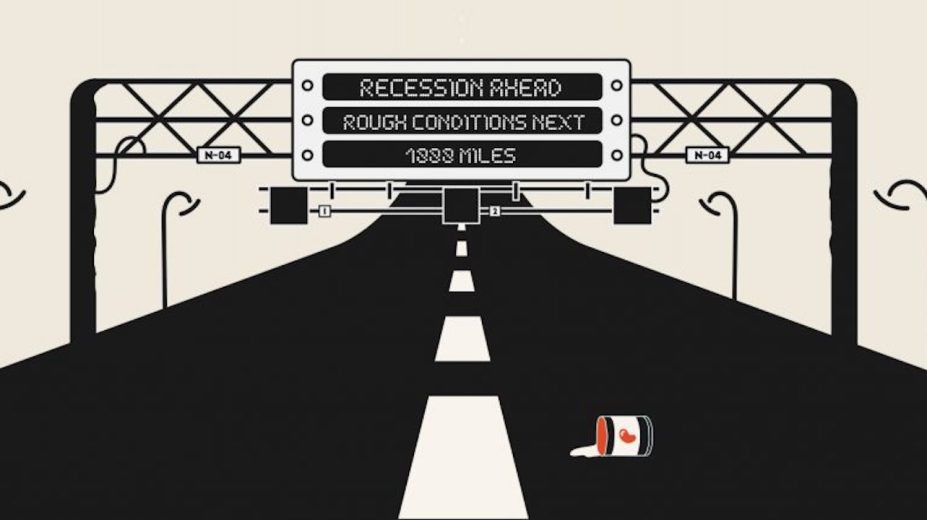 Fashion is reading the tea leaves, with signs that a recession is on the horizon. NFT.NYC happened in New York last week, despite the recent, precipitous drop in the value of NFTs. And brands like American Eagle and Nike are making geographic moves, exiting regions that are too tough or dangerous to continue operations in. Don’t forget to subscribe to the Glossy Podcast to hear the Week in Review every Friday with Glossy editor-in-chief Jill Manoff and myself, as well as Jill’s Wednesday podcasts — the latest features an interview with Figue CEO Liz Lange. –Danny Parisi, sr. fashion reporter

With a recession looming, who in fashion will be most impacted?

On Wednesday, Deutsche Bank CEO Christian Sewing said there’s about a 50% chance that we’re heading into a global recession. The week before, the stock market officially entered a bear market due to the combination of low spending, high interest rates and growing inflation. In other words, things aren’t looking good. Appropriately, fashion brands are preparing for a market with drastically reduced spending.

But there are some indications that certain sectors may not be affected. The luxury segment grew its sales by nearly 20% in the first quarter of the year, according to a new report from Bain & Company. Luxury sales will likely grow by around 10% for the rest of the year, although a more conservative estimate from Bain is 5%. Luxury fashion tends to fare better during recessions since its core customer is least likely to be affected by economic headwinds. But recession-related crises like supply chain disruptions can still impact luxury companies, as Harrods found out when it was forced to delay its annual summer sale last week due to low inventory.

Starting on Monday, Glossy will be publishing a curated group of stories examining how the fashion and beauty industries are altering plans in manufacturing, their supply chains and fundraising to prepare for the economic times ahead.

Are we at peak NFT saturation?

Fashion brands had a strong presence throughout the week. That included Burberry, Champion and Rebecca Minkoff, all of which have embraced NFTs. But the value of and demand for NFTs have dropped in recent months. According to the Washington Post, $4 billion worth of NFTs were sold in a week in February, but NFTs drove less than $1 billion in weekly sales in May.

NFTs, as they’re popularly sold, are purely speculative assets that only have value as long as the market holds up. But as the hype dies down, their positioning as art may have to give way to better align them with practical purposes.

There are some indications that use cases for NFTs are diversifying. Rebecca Minkoff, for example, dropped a collection of NFTs that, when purchased, come with tangible benefits like tickets to the brand’s NYFW show or a one-of-a-kind Rebecca Minkoff handbag that can be used in real life.

In March, Nike joined others in fashion by temporarily suspending operations in Russia. Last week, the company said the temporary suspension is now permanent.

The move may have been spurred along by potential laws in Russia that would impose criminal penalties and seize assets from companies that cease operations within its borders. Getting out now, as other companies like Google are doing, would allow it to avoid those harsh penalties. Russia only makes up 1% of Nike’s business.

Speaking of brands exiting a region, American Eagle closed its Tmall store last week. On WeChat, the brand told followers in China that they could still shop American Eagle, but that all products would be ordered and shipped from the U.S., rather than directly from China. The brand’s Hong Kong business remains unaffected.

According to Women’s Wear Daily, an American Eagle spokesperson said that the digital business in China is being retired, in order to “refocus its priorities on a sharper set of geographies.”

While luxury brands have seen success in China, mass American brands have had a tougher time, since they’re competing with equivalent local brands on price and speed, rather than on prestige. American Eagle competitors like Urban Outfitters and Topshop have also exited China in recent years.