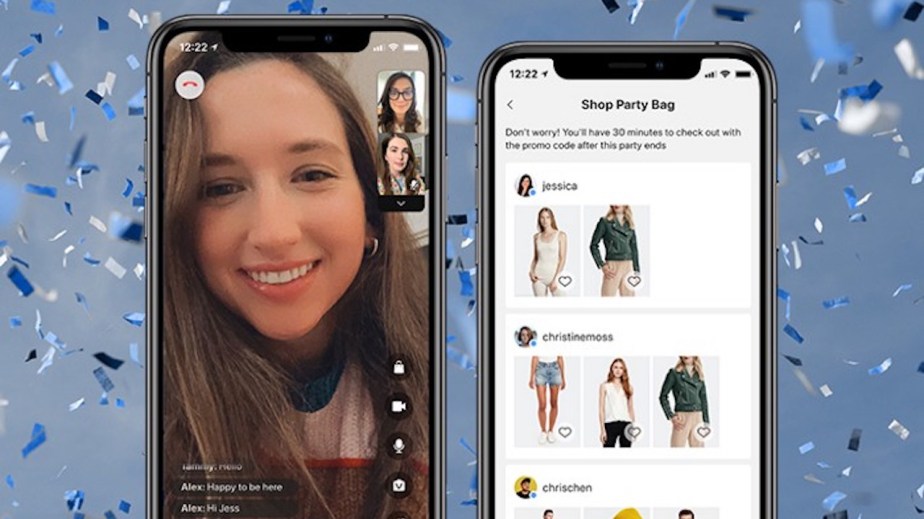 Since March, Verishop has aimed to capitalize on the lack of in-store shopping by making a series of improvements to its social commerce capabilities. Most recently, it launched online group shopping, a common offering in Asia that has yet to take off among U.S. retailers.

Verishop’s take on group shopping online, which is already in use by Chinese platforms like WeChat and Alibaba, is called Shop Party. Using the Verishop iOS app, groups of up to five customers can video chat in the app while shopping, as well as share screens, compare looks and see each others’ carts (with sensitive info like credit card number and size removed). It offers friends an experience similar to hanging out by the fitting rooms of a brick-and-mortar store.

Jessica Anarella, head of product design at Verishop, said the team had the idea for the offering before the pandemic, but accelerated its development in the last few months to capitalize on the way shopping has changed.

“The opportunity to introduce more social elements into e-commerce is something we’ve always planned to do, since launching the company two years ago,” Aranella said. “We let some of our shoppers test it over the summer, in small batches, and we got really great feedback.”

That feedback included ideas around how to make the experience smoother, including the addition of a screen-sharing option that was not initially planned. Aranella said it’s too early to have any data on sales driven through Shop Party. But, she said, preliminary data shows that people who engage in Shop Party are spending much more time in the shopping process and that their basket sizes are higher than people shopping alone.

The first time that customers open the Verishop app, a pop-up explains the new feature and directs them to try it. The feature is also being promoted on the hompage of the browser version of the store, with a link to download the app, and on Verishop’s social media channels and emails. To entice customers to try it, everyone who participates in a Shop Party gets a 15% discount on their order. Verishop doesn’t make its earnings numbers public, but the company launched in 2019 with $30 million in funding.

The introduction of Shop Party comes one month after the brand added social commerce to its mobile app, in the form of a scrollable feed of images submitted by users and brands that are fully shoppable. The big social media platforms like Instagram have made some bold moves this year to enable social commerce with features like Instagram Checkout and Instagram Shop. Meanwhile, TikTok is piloting a shoppable livestream feature with Walmart that was announced last week.

But China still far outstrips the U.S. in this space. In 2019, social commerce accounted for $186 billion in China and only $19 billion in the U.S. according to eMarketer. Attempts to create something similar in the U.S. have not always been successful. Livestreaming app Dote unceremoniously shut down in March, for example. Amazon quietly introduced a similar feature, called Amazon Live Creator, in July.

“There aren’t really a lot of versions of this idea in the Western world yet,” said Alex Barinka, head of external affairs and founding executive team member at Verishop. “There are a lot of one-to-many social commerce platforms, with an influencer talking to a large audience [like Instagram Live Shopping, introduced in August]. We wanted ours to be focused on smaller groups and have that one-to-one connection.”

But even with the growth of social commerce in the U.S. expected to hit $80 billion by 2024, the extent to which U.S. shoppers will embrace it remains unclear.

“Until recently, online clothing shopping was a solitary activity,” said Dave Sharma, co-founder and CEO of Perfitly, an AR-powered virtual fitting room company. “But with the shift of so much of our social lives moving online, there’s no reason group online shopping can’t catch on and recreate some of those in-person experiences — especially as virtual try-on and garment visualization technologies roll out. But the big question is: Have retailers waited too long to debut these experiences, and will ‘zoom fatigue’ dampen shoppers’ enthusiasm?”