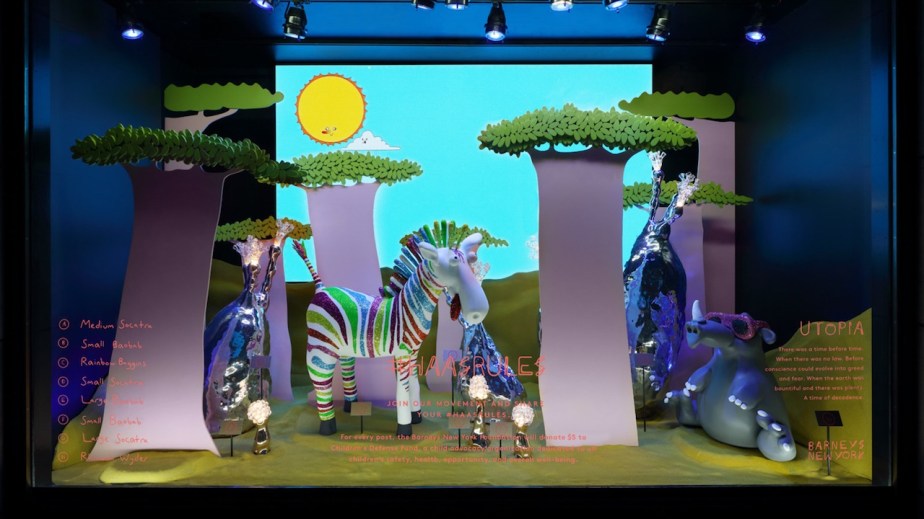 ‘They shot themselves in the foot’: Landlords are scrambling amid department store closures

Essentially, the landlords of major retail spaces have done their best to extract as much money as possible out of their tenants and influence bankruptcy laws to favor their own companies. It’s become difficult for fashion retailers to keep up with high rental costs or successfully navigate through bankruptcy proceedings without shutting down expensive stores. Now landlords are scrambling for other ways to stay afloat.

“We’ve cut rents by 30% and are offering all sorts of concessions, but we still have vacant space,” said William Friedland, a principal with Friedland Properties, in an interview with the Wall Street Journal last month.

“The landlords have really shot themselves in the foot,” said Scott Stuart, CEO of Turnaround Management Association. “Watch what you wish for. They wanted to limit the time retailers had to make lease decisions during a bankruptcy, and now, with the fundamental change in how retail is operating, they’ve lost their tenants. There isn’t the rapid replacement of new tenants available because people don’t need stores as much. The compressed time for bankruptcies is not allowing retailers to go through the cycle of time needed to evaluate their business model; they have to keep a lease or reject a lease in a compressed time frame. That’s why you see so many of them just liquidating.”

Stuart traced the source of the friction back to the bankruptcy reform laws passed by 2005. Among a number of changes favorable to landlords were stricter rules for companies undergoing Chapter 11 bankruptcy proceedings. The changes worked to landlords’ advantage in the short term, since a bankrupt tenant could be tossed out much quicker and a new one brought in to keep the rent income flowing. But nearly 15 years later, those changes have come back to haunt landlords, who now find themselves with empty storefronts across the country and no retailers ready to fill them.

“What’s happening is velocity is increasing,” said Rob McGovern, CEO of data company PreciseTarget. “Part of what’s driving retailers’ struggles is the cost of design and cost of off-shore manufacturing are going down, plus catalog turnover is getting faster, and the speed you need to operate to keep up with customers is increasing. The older retailers trying to keep up with this are a bit like getting onto the Indy 500 race track in a Greyhound bus. They’re not designed for that game.”

Last year, Helen Foulkes, the CEO of Hudson’s Bay Company, owner of Lord & Taylor, admitted that the company had been far behind on e-commerce, and not being able to catch up was a major contributing factor of the company’s decision to sell off Lord & Taylor. At the same time, a new proliferation of DTC brands has been able to snatch up errant customers dissatisfied by big box department stores.

“Direct-to-consumer is a big trend because if the major department stores have the flu and your brand is primarily wholesale, you’re tied to this downhill slide,” McGovern said. “DTC works because the margin is good and you’re in control of your brand.”

Now landlords are taking action to push retail back toward some level of equilibrium.

In some instances, landlords have considered taking over or at least investing partially in the brands that they rent to in order to keep them afloat. Simon Property, one of the largest landlords in the country, did so for Aeropostale in 2016, helping the brand avoid liquidation by partially buying the brand out of bankruptcy. And it has been reported that it’s doing so again soon for Forever 21. According to Bloomberg, the struggling Forever 21 asked Simon Property, for which Simon served as one of its biggest landlords, to take a stake in the brand.

“Landlords may need to change their approach to property development to reflect the changing landscape of retail,” said Darin Archer, chief strategy officer at e-commerce company Elastic Path. “With 72% of consumers expecting curbside pickup from brands in the next 12 months, the ability to unify online and offline experiences and the convenience of curbside pickup locations will become more important to retailers than the size of their parking lots.”

Other landlords, like Hudson Yards, have courted DTC brands and offered them favorable leases. Naadam, for instance, was offered a lease with Hudson Yards that included a revenue share model to keep rent low.

“Fifteen years ago, this wouldn’t have happened. No one was thinking that online was going to shake up retail this much,” said Stuart. “Certainly with online being as important in the retail sector as it’s become, it’s impacted the ability of landlords to bring in new retailers to take up spaces. They’re now looking at alternatives like the landlords taking a stake or outright acquiring the retailers, and rethinking triple net leases [an expensive type of lease that puts extra responsibility on the tenant].

“It’s an interesting time to be in retail,” Stuart said. “There’s a convergence of bankruptcy reform, the fact that landlords can’t have the over-exuberant confidence to relet a store whenever they want, and retail having to rethink itself in many ways. Everyone will have to work together if retail is to become more stable. Right now, it’s very volatile.”