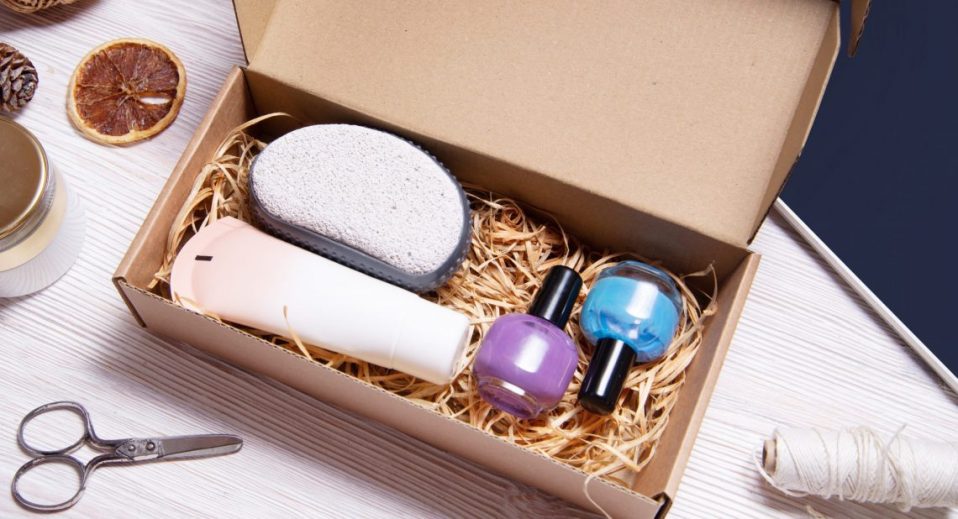 The past 12 months have been a time of reflection, growth and learning across beauty and fashion.

Exciting moments like Billie Eilish’s fragrance launch and the release of the Yeezy x Gap collab spurred people to go out and shop. But there were also tricky moments and reconciliations. Among them: When Victoria’s Secret announced a major rebrand, in an effort to step away from its sexy past and into a more inclusive future. There was also the beauty world’s debate around gua sha, specifically whether the proliferation of and profiting from them amounted to cultural appropriation.

Skims x Fendi and power of collabs
This collaboration alone speaks to several trends worth noting in 2021. There is the fact that luxury brands no longer see it as beneath them to collaborate with non-luxury brands (see also: Gucci x The North Face, Balenciaga x Crocs) or celebrities. But just as critically, it spotlighted Kim Kardashian West’s increasing legitimacy as a power player in the fashion space. And, of course, it played into the return of logomania. To Juliana Prather, CMO of retail market intelligence platform Edited, the collaboration also signaled a shift in shapewear trends. She differentiated the line from Spanx, noting that it’s not shapewear that makes you look “thinner,” but rather “smoother.” On a related note, she said she expects that 2022 will usher in more body diversity in fashion, including on the runway.

Black-designer Pyer Moss shows at Paris Couture Week
In July, Pyer Moss became the first Black designer to show at Paris Couture Week. His show highlighted innovations by Black inventors — namely, peanut butter, hot rollers and the refrigerator. According to Edited, “The number of new arrivals of products created by Black designers at third-party sites across the U.S. and the U.K. increased 23% year over year” in 2021. This indicates that the attention on Black designers during the summer of 2020 wasn’t just a flash in the pan moment — instead, it’s since been gaining momentum. “This isn’t just tokenization of one or two designers. This is full interest and desire from the market, and customers voting for this kind of creativity and new influx,” Prather said.

Yeezy bestows relevance to Gap
Gap needed buzz, and its collaboration with Yeezy has delivered. According to Edited, “Gap’s multi-year partnership with Yeezy amassed $34.9 million in media impact value for Gap since the collaboration announcement in June 2020. The label is banking on West’s influence to revitalize its brand and expects revenue from the joint collection to top $150 million in 2022.” The New York Times published a story about the first product in the collab — a seamless, zipperless blue puffer — describing it as, “a status symbol.” The puffer went on sale on West’s birthday in June, though it did not ship until the fall. The article, which was published in November, noted that it was already being sold on resale sites for triple its retail price. “[Gap] is on every corner. It’s what people can afford — but they needed to be relevant. Yeezy working with them the way he works with Adidas gave them great credibility. And they have the capacity, [which] people sometimes underestimate. Gap has talented designers and sourcing capabilities at their fingertips,” said Prather. “That’s very powerful for someone like Kanye, who’s trying to play with their brand.”

Victoria’s Secret sheds controversial past with rebrand
You likely didn’t predict that Victoria’s Secret would make a comeback in 2021. Then again, you probably didn’t bet on Abercrombie & Fitch’s big return, either. Victoria’s Secret split from L Brands in August, becoming its own entity. “They’re very data-driven. They follow and know their customer,” Prather said of the brand. “And this is why they’re going to turn around — [as a result of] knowing their customer and being able to have access to production.” Under its new direction, the brand will revisit its runway show, but without its signature “angels.” Its brand partners are far more diverse than those in the past, and include stars like Chloe x Halle and Megan Rapinoe.

1990s nostalgia
Nostalgia in fashion (and beauty) was the name of the game in 2021, with vintage and secondhand styles seeing huge popularity. Edited credits stars like Olivia Rodrigo, who wore a vintage Chanel suit for a White House visit, and Dua Lipa, who wore flared jeans and butterfly graphics. According to Edited data, both flared jeans and butterfly graphics have “experienced a 41% increase year-over-year across apparel.” On TikTok, the hashtag #90sfashion has 280 million views.

Nostalgic beauty
Whether it was butterfly hair clips, disco-era curtain bangs, or 1980s mullets, throwbacks to decades-old beauty trends were omnipresent. Certain products like Clinique’s 40-year-old Black Honey Lipstick found favor in 2021, with the product organically going viral on TikTok and the brand seeing consistent sell-outs. Overall, the looks that came out of this nostalgic rehashing were often bold and even whimsical, blending makeup artistry and naturalism.

“It used to be that, if you did anything creative with your makeup or eyeliner, it would be a Halloween type of look. Now people are doing that every day,” said Yarden Horowitz, co-founder of beauty analytics firm Spate.

Launch of Ami Colé lip oil, aka The Telfar of Lipgloss
Much like Telfar became known as the “Brooklyn Birkin” because of its popularity among artistic Brooklynites-of-color, the Ami Colé lip oil has earned a super niche group of trendsetters as fans.

After setting up its Instagram account as a mood board, the brand earned months of social media buzz ahead of its launch. Glossy 50 honoree and Ami Colé founder and CEO Diarrha N’Diaye-Mbaye promised it to be the no-makeup makeup, love-your-skin color cosmetics brand that brown and Black customers had desperately wanted. Its lip oil, which launched in May 2021 and sells for $20, has earned fans that attribute its popularity to its universal nude shade, longevity and lack of typical lipgloss stickiness. As a bonus, with its black cap and white Ami Colé packaging, it stands out in most makeup bags.

Billie Eilish cements beauty influence with her fragrance
In October, the 19-year-old singer-songwriter’s announcement of her first fragrance, called “Eilish,” nearly broke the internet. Eilish, who boasts over 94 million followers on Instagram alone, has become a definitive Gen-Z influencer. That’s thanks, in part, to her chameleon-like beauty aesthetic that’s akin to a young Lady Gaga. It exemplifies the way Gen-Z consumers approach beauty, using different looks to represent a facet of their personality. Eilish has worn neon green- and black-dyed hair with an oversized T-shirt. She’s also sported platinum blonde hair with a corset and ballgown, reminiscent of Old Hollywood glamour.

“A lot of the trends that have been so prominent for Gen Z [this year] came directly from Billie Eilish,” said Horowitz.

The fragrance, with heavy notes of vanilla, was engineered by Eilish to be “cozy and sensual,” It features a human body-shaped bottle similar to Jean Paul Gaultier and KKW perfumes. Keeping an eye on Eilish’s play in the beauty space and the sales performance of her fragrance is equivalent to keeping an eye on Gen Z itself.

Gua sha’s influence
Between March and June of 2021, gua sha tutorials across platforms were all the rage. Seen as non-electronic items able to help sculpt and brighten the face through lymphatic drainage, gua shas were used by women of all ages, who were boasting their benefits on social media. Google Trend results show searches for the item peaking in early April, and the hashtag #guasha and #guashatutorial have over 784 million and 165 million tags on TikTok, respectively.

What was initially thought of as a non-surgical option for snatching cheekbones eventually became the center of a conversation around cultural appropriation, given its origins in traditional Chinese medicine. The timing of gua sha’s popularity coincided with widespread anti-Asian attacks. As discrimination swept the U.S., beauty brands like Very Good Light and Farmacy made public calls to “Stop Asian Hate.” Therefore, the gua sha became a lightning rod for discussion around whether it’s possible to both support a community and hype gua sha products by non-Asian-led brands profiting from their heritage. The brand Wildling, for one, came under fire for emphasizing their connections to TCM, resulting in a canceled Instagram Live session between Jessica Alba and the brand’s co-founder Gianna de la Torre.

In August of 2021, the legacy of gua sha’s popularity could be seen when “face yoga” emerged. In contrast to gua sha, face yoga only requires one’s own hands but offers similar facial-sculpting results.

“Nail polish for men is something worth keeping a very close eye on. We’re definitely seeing a spike in searches for nail polish for men and nail art for men,” said Horowitz. “It’s interesting because nails are so prominent. You can’t tell with retinol [that a man is into beauty].”

Polish, in effect, is an accessory that denotes effort in a beauty routine, with no benefit aside from aesthetics. And unlike the cutesy term “guyliner,” men are embracing nail polish without reverting to verbal gymnastics to ensure it remains masculine enough. For example, a viral audio clip on TikTok, in which a man yells, “I’m feeling the effects of masculinity right now. I want to go to war; I want a lightsaber; I am a man!” is traced to a video where a man says this and then flashes black nail polish on his hands.