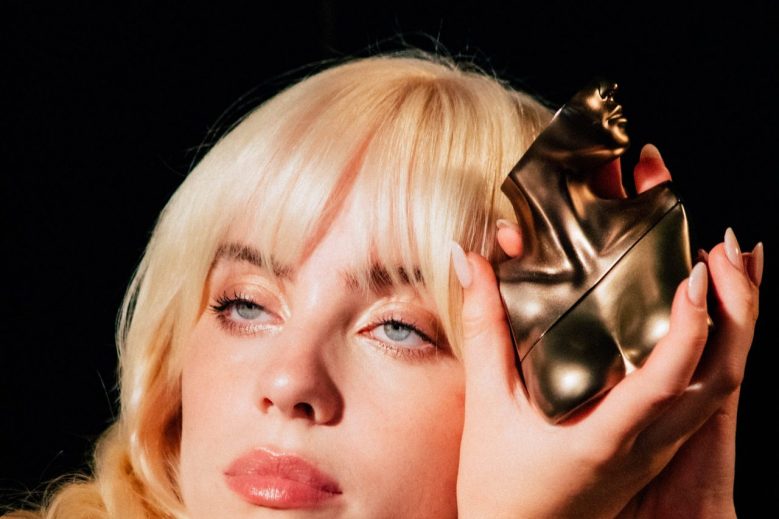 Gen-Z singer-songwriter Billie Eilish is 19 years old and has 94.2 million followers on Instagram. On TikTok, she has 35 million followers. Her second studio album, “Happier Than Ever,”dropped in July and immediately shot to No. 1 on Billboard’s 200 list. It was only behind Taylor Swift’s “Evermore” and “Fearless (Taylor’s Version)” for 2021’s best-selling albums. On Wednesday, Eilish surprised her fans with the launch of a fragrance, simply called Eilish.

Whether she has neon green and black hair and is wearing a T-shirt down to her knees, or is platinum blonde and sporting a corset — as seen on the June cover of Vogue — Gen Z-ers worship her. A lot of millennials do, too.

Recently, the young star made headlines for using her mega-platform to speak out against the abortion ban in Texas on stage at Austin City Limits.

“When they made that shit a law, I almost didn’t want to do the show,” she said at the time, responding to SB8, a near-total ban on the medical procedure in Texas. “Because I wanted to punish this fucking place for allowing that to happen here. But then I remembered that it’s you guys that are the fucking victims, and you deserve everything in the world. And we need to tell them to shut the fuck up!” With her middle finger in the air, she began to chant, “My body, my fucking choice!” The fans joined in loudly. When Eilish began to sing her song “Lost Cause” a second later, fans sang every word.

These are just some of the reasons why Eilish launching a perfume is so much more exciting than your average celebrity fragrance drop. People care about Eilish — and like, say, Rihanna and her signature scent, that will translate to people wanting to smell how she wants to smell. It turns out, she is heavy on vanilla. Other notes include amber and cocoa. “It’s just very cozy to me and sensual,” Eilish told Elle.com, “It makes me want to be curled up at Christmas.”

Her fragrance’s bottle, like Jean Paul Gaultier’s and Kim Kardashian West’s that preceded it, is rendered in the shape of the human body. “The bottle symbolizes Eilish’s favorite spots on the human body: the chest, the neck and the collarbone,” Elle.com reported.

Alison Bringé, CMO at Launchmetrics, noted Eilish’s power over Gen Z, primarily due to her no-holds-barred approach to her music and image. “Billie Eilish is the voice of Gen-Z; she is casual, moody and unapologetic ⁠– the antithesis of many pop stars that came before her.”

The fragrance itself was created in partnership with Parlux, which also creates Paris Hilton’s perfumes, and Jason Wu’s. “Billie Eilish is a singular talent and the voice of a generation,” said Parlux president Lori Singer, in a press release. “She has a vision in everything she does that is unique, disruptive and authentically hers. Partnering with Billie was natural for Parlux, because we can bring a vision to life like no one else, and we were equally excited to be on this journey together.”

Bringé added, “Her vulnerability and relatability is what creates such a strong connection with her social following as they feel they’re part of her journey. It’s only natural that the announcement of her perfume is generating so much excitement… especially as she stated [in her Instagram post] that the perfume is very personal to her. By sharing this scent with her fan base, it’s yet another sensory experience through which her fans can connect to her.”

Though the fragrance was only just announced (Eilish posted the announcement to her Instagram at around noon EST, and the post already has over 3.1 million likes), the star’s power surely precipitates a successful launch. The fragrance will launch direct-to-consumer via Billieeilishfragrances.com in November.