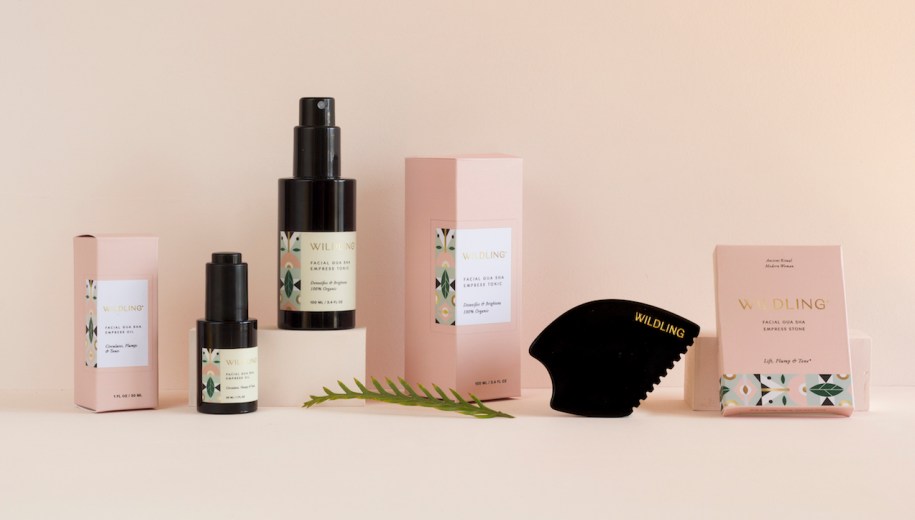 Beauty & Wellness Briefing: Can brands come back after being canceled?

This week, I’m thinking about cultural appropriation and cancel culture.

Over the last two weeks, the beauty and wellness communities have had to face the topic of cultural appropriation head on.

As anti-Asian attacks and discrimination have swept the U.S., beauty sites like a Very Good Light and industry watchdog Estée Laundry have been prompting brands to stand in solidarity with Asian communities. Though few beauty and wellness companies have gone unscathed for their lack of public support (especially those with large Asian customer bases), some emerging brands like Wabi-Sabi Botanicals and Wildling, that are centered on gua sha, a part of traditional Chinese medicine [TCM], met the most ire. When Wildling tried to emphasize its connection to TCM on Instagram, in the wake of the Stop Asian Hate movement, commenter Luckybbg said, “You all never mentioned TCM until you were called out by TCM practitioners of Chinese heritage for profiteering off of their culture!”

While Wildling is certainly not the first brand accused of cultural appropriation, this conversation happens at an inflection point in beauty and wellness. After companies pledged public support for Black Lives Matter following the killing of George Floyd last May, consumers and insiders, alike have taken corporations to task for lacking to practice what they preach. Often, what matters more as companies shill “transparency” and “authenticity” outwardly is internal culture. While other sectors have lagged, beauty and wellness brands have been increasingly responsive. Case in point: Unilever released a study last week that found 52% of 10,000 respondents said they now pay more attention to a company’s stance on societal issues before buying their products.

In Wildling’s case, a scheduled March 5 Instagram Live session with Jessica Alba and Wildling co-founder Gianna de la Torre had to be canceled due to the outrage. Promotional content and online marketing has also been paused, de la Torre said. “Our whole company has stopped in order to address and reroute to look at this issue. It’s been very costly for our business and our brand,” she said.

De la Torre told me that Wildling, which is sold at Credo and Goop, first began seeing negative commentary last summer, post BLM. The company is now looking to hire an Asian TCM practitioner and is switching its plant-a-tree initiative to support Asian-American and Pacific Islander communities directly. While the conversations have “been uncomfortable,” she said this is “where healing begins.” Furthermore, de la Torre said she understands now that perhaps it was inherently problematic that the company did not acknowledge its Chinese cultural practices more thoroughly. Two of Wildling’s founders, Jill Munson and Britta Plug, are white. De la Torre is white and Native-American. Wabi-Sabi Botanicals also has a white founder, Elyse Crabtree.

“Anytime I interacted with the patient, there was no question that I was honoring my education and nutrition in TCM,” said de la Torre, who has been practicing TCM for 15 years. She believed that making TCM her life’s work meant that she was paying respect, even though the company did not always address its roots in marketing. “If there’s one thing I could have changed, I would have focused on the origins first and made that the very, very first thing on our website. That’s something that we didn’t do.”

Paige Yang is a doctor of acupuncture and TCM. She was introduced to Chinese medicine through her grandmother who was raised in China, and maintains two clinics in Kailua, Hawaii and in the Bay Area in Lafayette, California. On her website, she addresses cultural appropriation directly. She says that if white founders want to participate in TCM, “they need to be held to a very high standard.” Fundamentally Yang said her white counterparts should be licensed TCM practitioners, actively engage with the Chinese community on an ongoing basis, give back to the Chinese community via time or money, name their teachers, credit the medicine and culture, learn how to properly pronounce applicable Chinese words, and either participate in continuing education from a Chinese TCM practitioner or have a Chinese mentor.

“My colleague Ivy Lee, who is a TCM practitioner and educator of cultural appropriation, helped me understand that there is this dynamic of power and oppression at play between minority brand founders and their white counterparts, where historically white people have held power over minorities,” said Yang. “Taking a minority’s cultural practice, posing as an expert or even claiming invention is another act of oppressing those people in less powerful [positions] and committing cultural appropriation.”

Strangely, many Asian TCM practitioners, who have direct familial lines to TCM, don’t have access to celebrity-clientele like Alba or the social follower counts of white-owned gua sha brands. Yang’s follower account on Instagram is just over 2,000, while Wildling’s Instagram reach is 100,000. But de la Torre also said that a wide audience has had its disadvantages. Luckybbg‘s critical post attracted 108 likes. But according to de la Torre, upon clicking each of those individual profiles, she found bots with few followers.

“It is important to give space and agency to the people who are from that culture that is being appropriated, so that the cultural practice stays intact and honors the origins from which the practice was born, said Yang.

Sandra Lanshin Chiu, a licensed acupuncturist and Chinese herbalist, and founder of Lanshin, a healing studio in Brooklyn, takes it one step further. “If the brand is not from the culture and/or not from medicine, then they should not be selling gua sha period. It’s unsafe and also damaging to TCM as a practice,” she said.  She said that a TCM brand should be run “by a Chinese medicine practitioner of integrity or by someone who carries the tradition in their family lineage.”

Lanshin Chiu grew up using Chinese herbal remedies made from her mother and grandmother, and received a masters in TCM from Pacific College of Health Sciences in New York. She has found that many non-Chinese business owners have focused on modernizing gua sha. “I don’t try to ‘modernize’ TCM. I practice it according to its principles, as closely as I can to traditional ways in order to maintain its potency and integrity. While I do strive to explain and translate TCM, so people can better understand it, I don’t use Western concepts to define it,” said Lanshin Chiu.

For instance, she does not connect gua sha with a “lymphatic drainage technique, because that is a Western concept that is not accurate when applied to gua sha.” This connection has especially picked up during Covid-19, as consumers are doing more facial treatments at home versus going to a dermatologist, plastic surgeon or aesthetician.

“Gua sha is a technique that breaks up blockages in tissues that exist in areas of the body that develop pain or pathology. It restores healthy qi and blood circulation, thereby relieving pain, tension, stiffness, discomfort and boosting the immune system,” she said.

Other Asian-American founders have been somewhat more forgiving. “When a brand messes up in this aspect, then fesses up and takes the appropriate steps to reset the conversation, I think that’s the correct way to make reprimands,” said Ada Hsieh, founder and CEO of Ada Lip Beauty. People will see right through it if it’s a fake apology. I’ve been following the action steps of Wildling to fix the conversation, and I applaud them. You can see the difference between what they’re doing versus what Mahjong Line and Teen Vogue did with their non-apology apology.”

As beauty and wellness companies aim to be more mindful in their business practices, paying regular and constant homage to an inspiration remains paramount. When Madina Baxandall, founder and CEO of Essentialist, wanted to incorporate TCM and launch a gua sha tool with her clean skin-care brand, she enlisted a TCM practitioner.

“We hadn’t originally thought that we would include something like our Casa tool, even though I was a fan. I’ve been using a croissant[-shaped] tool for about five years and was self-taught about the basic principles. A good friend of mine, Dr. Debbie Kung, a doctor of acupuncture and oriental medicine, reintroduced me to a more scientific Traditional Chinese Medicine approach,” said Baxandall. “A lot of that is missing from most gua sha companies. I don’t think I would have even been comfortable launching a tool without her guidance, because she was coming at it from the studied history and the knowledge. She’s been very public saying all of our tools are ‘Kung-acu approved.'”

For Wildling, de la Torre said the company “welcomes the criticism” of the current moment “to dismantle a system.” “We have to reflect how we’re holding and carrying forward white supremacy in each of our own lives,” she said. De la Torre has been active on Clubhouse and has been in contact with Asian TCM practitioners to learn and adjust the brand accordingly.
Still, that may not be enough for some. “I understand that facial gua sha presents a ripe opportunity for those who wish to monetize it. It’s easy to call it a ‘trend’ and offer it in a way that’s disconnected from the more complex and rewarding aspects of TCM,” said Lanshin Chiu. “For 98% of what I see on social media and online, the answer is 100%, it’s being appropriated. It’s both non-TCM practitioners and some TCM practitioners ,who unfortunately don’t respect the culture, tradition and medicine. They re-name gua sha using Western terms, ‘teach’ incorrect, ineffective and sometimes unsafe techniques in a voice of authority, and make wild claims about gua sha that have no basis in practice or theory, in order to sell products and gain clout.” — with reporting from Liz Flora

Beauty brands have fallen for astrology.

Revlon sales dip, but e-commerce growth points to a change in its business model.