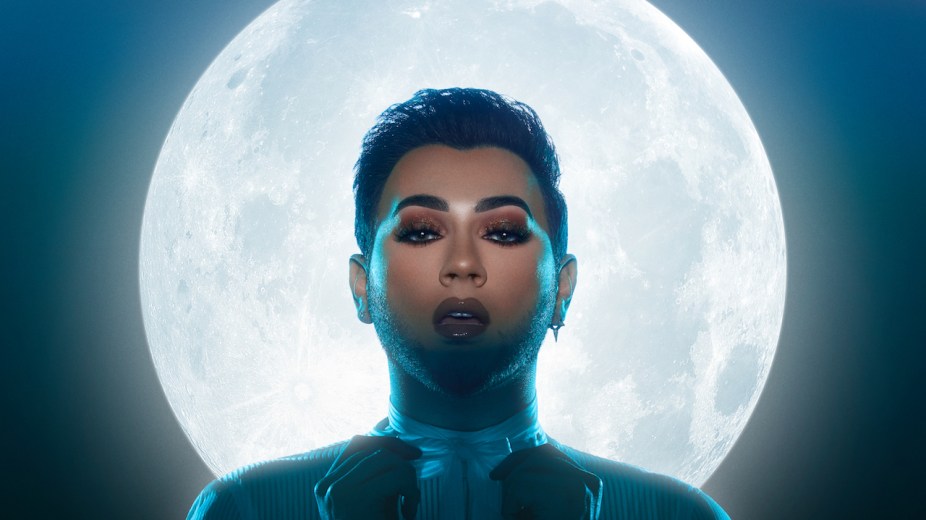 Beauty brands are over the moon for astrology

When beauty influencer Manny Gutierrez, aka Manny MUA, started his makeup brand Lunar Beauty three years ago, there was no question that it was going to be celestial-themed.

“I knew from the jump that this was the concept I wanted to go with,” he said. Gutierrez sports a tattoo on his arm of his family’s astrological signs and attributes his happy outlook to the fact that he’s an Aries. “I’ve always loved anything to do with the sky, astrological signs. I wanted to carry that into my brand because it was already very part of me.”

Gutierrez is one of many founders taking inspiration from the cosmos as astrology-themed brands, products and social content proliferate in beauty. This has paralleled astrology’s widespread popularity with millennials and Gen Z on Instagram and other social platforms. Astrology meme accounts, influencers and apps have seen growing interest as these generations turn away from organized religion, yet still seek out spiritual guidance. According to a 2018 study by the Pew Research Center, 29% of all U.S. adults believe in astrology and 37% of women do.

Zodiac beauty products have multiplied over the years. Sephora’s zodiac lip collection that launched in January has “become one of Sephora Collection’s top-performing launches of the spring season,” said a Sephora representative. It followed the launch of Milk Makeup’s astrology tattoo stamps, BH Cosmetics’ zodiac palette, Bite Beauty’s zodiac lipstick collection and Kylie Cosmetics’ Leo lip kit, to name a few from the past three years.

In addition to zodiac signs, the moon has become a major astrological theme in beauty. Beyond Lunar Beauty, there are brands such as Moon Juice and Pink Moon, as well as products like Pacifica’s Moon Moods fragrances and Graydon Skincare’s Fullmoon Serum. Self-care brand Moon Bath sells botanical bath teas that align with different phases of the moon, a lunar calendar and a new book about moon cycles written by its founders Dakota Hills and Sierra Brashear. Hills was inspired to start the brand in 2017 after creating a homemade scented herbal bath mixture for the Scorpio new moon.

“When Dakota came to me with this idea, I was getting into these women’s new moon circles. We would get together and have deep reflection moments together,” said Brashear. Held to coincide with the new moon, these circles would include readings by astrologers like Chani Nicholas, as well as sacred smoke and musical meditations.

The focus on the moon may be tied to its cultural association with feminine properties. Astrology app Sanctuary’s user base is 90% female. The app Co-Star has been downloaded by nearly 28% of women ages 18-25 in the U.S., according to the company. Other astrology apps specifically for women have been launching, such as Stardust, which tracks users’ menstrual cycles in tune with the moon phases.

Another brand embracing the feminine moon concept is skin-care label Kypris, which is named after the goddess of love and beauty in Greek mythology and prints a moon meditation on its Beauty Elixir III: Prismatic Array serum.

“If you look at cultures before Hellenic invasions, the wise women were the herbalists. They were the women that you went to for help, and any type of nature-based spirituality is going to have a relationship with the cycle of the moon,” said Chase Polan, founder and lead alchemist at Kypris.

The pandemic and quarantine have increased demand for astrology-related products, thanks to both rising interest in the topic and their connection to the self-care effect. Moon Bath, for example, saw a spike in sales when Covid-19 hit. It launched a scented nose oil for meditation this month. “We thought that this was a great time to bring something like that to the market — that people would be more open-minded to it, because it’s a little bit out-there,” said Hills.

There have been broader cultural factors at play beyond the pandemic. “Now is the time when people are really becoming interested in astrology in the context of wellness and maybe the disappearance of religion,” said Stardust founder Rachel Moranis.

Online astrology meme accounts and influencers have been seeing rapid growth for years. Sanctuary’s Instagram account has become popular for its astrology memes, growing from 18,000 followers in 2019 to 1.8 million today It has been regrammed by celebrities such as Ariana Grande and attracted sponsorships from major brands such as HBO Max. Other meme accounts such as @notallgeminis, @capricorn_nutz and @sagitarriusthingz have gained viral fame as people eagerly share their humorous memes. Astrology has also taken off on TikTok, where astrologer Maren Altman has amassed 1 million followers for her political predictions.

“I would say the pandemic has certainly accelerated things, but we were also seeing explosive interest in astrology pre[-Covid],” said Ross Clark, the founder and CEO of Sanctuary. “There have been so many destabilizing or really intense things happening in all of our worlds over the past couple of years. Folks are looking for a system to help navigate and explain that in astrology.”

Another factor driving interest in astrology is that “We as a culture have been moving away from organized religion, and people are looking for other systems or structures to provide insight and meaning to their life,” he said. He added that astrological signs are being used as a form of identity for millennials and Gen Z. “It’s sort of cosmic DNA or a thumbprint of yourself.”

Some take it more seriously than others. “I’m not super diehard. If I am dating someone that’s not compatible with my sign, I wouldn’t not date them,” said Gutierrez. “I’m definitely the type of person who will be like, ‘OK, I’ll take it with a grain of salt.’”

Beauty brands have called upon astrology influencers for pandemic wellness and self-care content. Shanila Sattar, a sound healer, has worked with brands including Glow Recipe, Then I Met You and Osea. Ace of Air, which consulted a cosmic expert for its brand launch date, recently announced that it will be doing a twice-monthly Instagram series with astrology and wellness influencer Shereen.

Susteau, which just rebranded from OWA Haircare and sells its Moondust powder shampoo and conditioner, will be hosting monthly full moon rituals on social media with Sattar to coincide with the full moon. The first will occur on March 28 on IG Live, and the brand plans to also host them on TikTok in the future.

“For a lot of people now, the full moon ritual is an extension of self-care,” said Katherine Martinez, the head of marketing at Susteau. “We were all looking for an answer last year,” when the pandemic began. People turned to astrology “seeking an answer for what was happening and honestly looking for a sense of reassurance as to what they could expect next.”

Sattar, who will be conducting a sound bath as part of the full-moon ritual, said that most of her followers are in their 30s and at a point in their lives when they are searching for purpose. She has noticed an uptick in interest in astrology and brand inquiries during the pandemic. “Because of the quarantine, we’re a little bit more in tune with our natural body cycles,” she said. “We’re, for the first time, acknowledging, ‘I actually feel different during this part of the month, and maybe it’s not because I’m going crazy.'”