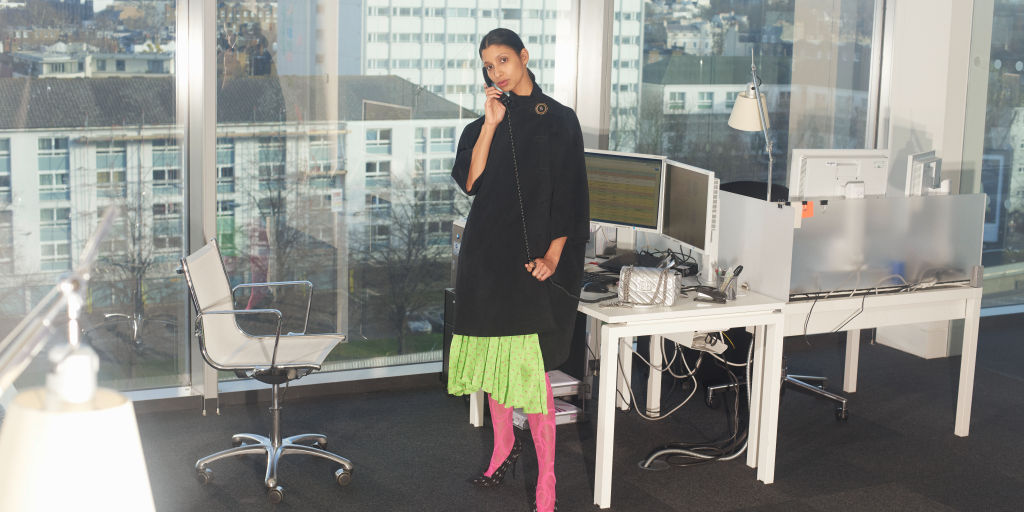 Over the past week, luxury fashion brand Balenciaga has found itself embroiled in a bizarre series of controversies related to two ad campaigns.

Released within the last month, the campaigns caused an uproar that led the brand to pull both, sue the creative agency it hired to develop them, lose out on award and issue multiple statements. Here’s a breakdown of how it happened and what it means for Balenciaga’s future.

The two ad campaigns in question were Balenciaga’s Christmas 2022 campaign, shot by photographer Gabriele Galimberti, and spring 2023 campaign, shot by Chris Maggio. The Christmas campaign was the one featuring the teddy bears in, allegedly, S&M-style leather gear. The bears are actually plush handbags that Balenciaga sells in the shape of teddy bears. The leather straps, while certainly visually evocative of S&M wear, are also the straps of the bag.

The spring campaign features an upcoming Balenciaga collaboration with Adidas — interestingly, both brands have recently had to cut ties with brand partner Kanye West over an entirely different set of controversies. The campaign featured a Balenciaga x Adidas bag in an office environment, sitting atop a pile of papers, folders, a laptop and legal documents.

The legal documents are where the trouble comes from. One of them seems to show, albeit in an obscured way, text from a Supreme Court decision related to the PROTECT Act, a 2003 federal law that states child pornography is not protected by free speech.

The reaction on social media was swift. After the text of the document was first pointed out by users on Twitter around November 20, fury grew, and fashion industry commentators like Diet Prada quickly picked up the story. From there, it spread to major media outlets. Fox News host Tucker Carlson was early to cover it.

The furor continued to rise until Balenciaga pulled both ad campaigns from social media. Kim Kardashian, a longtime ambassador of the brand, posted a statement on her various social media accounts on Sunday, saying she will be “re-evalutating [her] relationship with the brand.”

Balenciaga’s creative director, Demna Gvasalia, often known by his first name only, was set to receive Business of Fashion’s Global Voices Award next week, for “using his platform to interrogate socio-political issues and support marginalised people.”
But the publication stated on Instagram that it’s rescinding the offer. BoF said it would instead invite representatives from Balenciaga to attend the event as an opportunity to explain how this happened. Balenciaga declined the opportunity, according to BoF’s statement.

So how did this happen?

While the exact details of the two campaigns’ creation are unknown, there are three parties involved with both ads: Balenciaga, an agency called North Six and the two photographers, Chris Maggio and Gabriele Galimberti, who were hired by Balenciaga.

On Friday, November 25, Balenciaga brought a $25 million lawsuit against North Six for being responsible for the spring ad featuring the Supreme Court documents, but not against the photographer, Chris Maggio. Balenciaga called the inclusion of the document in the ad “malevolent or, at the very least, extraordinarily reckless.”

A rep for North Six told the New York Post that the company had no creative control over the content of the ad. Chris Maggio has not made a statement. Gabriele Galimberti, who shot the teddy bear ad but had no involvement with the spring campaign, said in a statement on Instagram that he too was given no control over the creative content of his shoot, other than details like lighting and framing. The content — pairing child models with the teddy bear bag — had already been decided before he was hired, he said.

Essentially, Balenciaga, North Six and the photographers all point to each other as the ones who carry the blame.

Rania Sedhom, a lawyer who specializes in working with fashion brands, said the lawsuit is just as bizarre as the rest of this controversy.

“Balenciaga’s lawsuit against North Six begs several questions,” Sedhom said. “Who created the mood board for the photoshoot? Was a Balenciaga representative onsite during the photoshoot? How many Balenciaga employees approved the final ads?”

It’s notable that Balenciaga has not brought any legal action regarding the teddy bear shoot, which did not involve North Six. It’s unclear if any creative agency was involved in that ad’s creation, and Balenciaga did not respond to request for comment.

“Who will Balenciaga point to if a lawsuit ensues regarding that image?” Sedhom said.

While Balenciaga is one of parent company Kering’s crown jewels, the brand has been embattled recently. The aforementioned blowup with Kanye West damaged its reputation. Other controversies within the last 12 months include selling a $2,000 pair of “destroyed” sneakers and a pair of boxers that were seen as cultural appropriation.

Balenciaga has issued statements this week and last week, apologizing for both ads and expressing regret for the situation, but criticism of the brand is still high across social media.

But Dolce & Gabbana, another high fashion brand that was embroiled in a series of controversies in 2019, provides a good example of how lucrative luxury brands can emerge from scandals like this.

The Italian brand was criticized for multiple instances of racist behavior, including backing an insensitive ad featuring a Chinese woman unable to eat pizza and disparaging China in leaked private messages. But Dolce & Gabbana emerged mostly unscathed in the public eye and continues to enjoy positive associations with big celebrities like Kim Kardashian, who announced a collaboration with the brand in September.