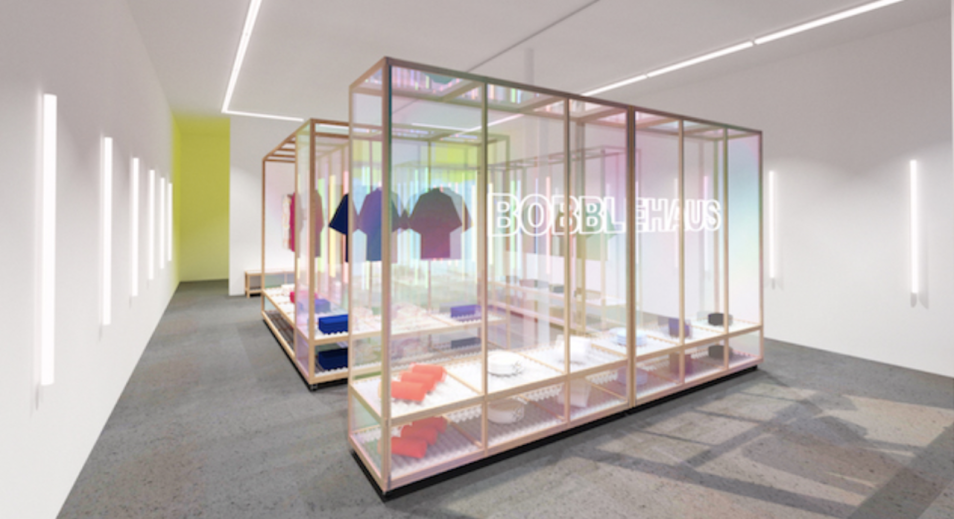 Pop-ups are back: How a months-old fashion brand is tackling physical retail

When Ophelia Chen and Abi Lierheimer were planning the launch of their sustainable DTC fashion brand Bobblehaus in February, they envisioned a multi-month pop-up in downtown NYC that would sell their first collection and host weekly events. The pandemic canceled those plans and the brand launched online in April. Now, Bobblehaus is gearing up for a physical launch via a pop-up for its second collection, which will look a little different than the one first planned.

Rather than two months, the Bobblehaus pop-up will only be open for two weeks, starting on September 9. The live events Chen had planned will still be hosted in the store, but closed to the public and streamed through Instagram instead. There will only be one of each of the products in each size for customers to try-on (after which they’ll be disinfected with alcohol spray), then purchases will be shipped to customers’ homes or can be picked up curbside the next day. The entire process is totally contactless, including the payment transactions through Apple Pay, Google Pay and Afterpay and the scanning of products using QR codes.

Normally, summer is the biggest season for pop-ups, with brands lining up to fill storefronts in buzzy neighborhoods like NYC’s SoHo. After largely being on-hold since the pandemic began, they’re finally starting to reopen — after extra work on the part of brands.

Even with all the concessions, changes and extra procedures that have been necessary to get their store out of the gate, both of Bobblehaus’ founders said they expect all the extra effort to be worth it. Digital events and launches, like the virtual talks the brand has hosted with artists and photographers, don’t typically have the same level of engagement or return on investment as in-person events, according to Chen. It’s a sentiment that was echoed by Rebecca Minkoff when she spoke to Glossy about doing an in-person NYFW show rather than a digital version.

“For custom fittings and getting the fit just right, the experience really needs to be in-person,” said Lierheimer, who is also creative director for the brand. “It’s really important that we get people to come into the store. It’s not really about making money, it’s about customer acquisition and introducing people to the brand.”

The brand is promoting the pop-up on its Instagram, in emails to its customers and through the Bobblehaus blog where the team posts regular articles and interviews. Every guest that enters the pop-up will be asked for their email both for customer acquisition and contact tracing purposes.

E-commerce has grown significantly in the last few years, and costs of online customer acquisition have grown to match it. Physical retail has been a steady and reliable way to continue acquiring customers for primarily-online brands. But the severe lack of foot traffic to many retail stores (to the point that many that could reopen still haven’t) makes it a risky move. This is especially true since Chen said the brand is pouring significant resources into this pop-up.

Chen said the costs have been somewhat complicated. Retail rental costs in New York City are down as much as 10% due to the pandemic, but all the extra costs for health and safety procedures have added up. While the average pop-up can cost as low as $10,000 for a month-long pop-up, Chen said the brand has spent around $20,000 altogether on the two-week pop-up. Both co-founders declined to give sales numbers for the first collection, which released in May.

“With Covid, we really had to shift our budget around,” Chen said. “But we partnered with a local design team to make all these components for the pop-up that we can reuse — things like set dressings and infrastructure. Everything that goes into the pop-up can be reused for another one. So it’s more expensive upfront, but it will let us do future pop-ups a lot easier.”

She added: “Physical retail will always be important, but it’s changing. Part of the reason department stores have struggled is because a lot of them just put product out on the shelf and hope it sells. That’s not the future of physical retail. It’s about personalization and building connections with customers. For a new brand, that’s even more important.”