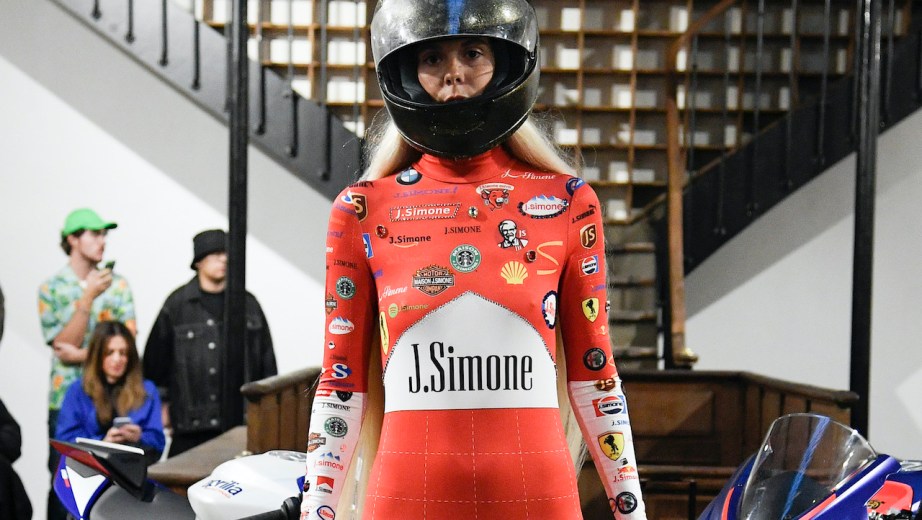 Paris Fashion Week is shining a light on pop culture’s increasing influence on fashion and beauty.

While it’s never been as simple as “fashion for fashion’s sake,” it seems the fashion world has never been more shaped by platform-native influencers, traditional celebrities and the promise of media impact value (or earned media value, depending on who you ask). For its part, Paris Fashion Week, which officially kicked off on Monday, has been a whirlwind of “moments” built on star power. They’ve included runway appearances, surprise collaborations and store openings. In addition, the formats of some shows have been updated with social shares and followers in mind, proving influencers’ expanding power.

On Wednesday evening, 76-year-old Cher walked the Balmain runway wearing a latex-look catsuit and a pair of platform boots by the brand. For Balmain, the move was undoubtedly an aim to recreate the buzz of J.Lo at Versace in 2019 or Paris Hilton at Versace last week. Of course, Dolce & Gabbana took the opportunity further in Milan by enlisting Kim Kardashian to co-design its seasonal collection. The effects of its great involvement in the Kardashian-Barker wedding earlier this year were reportedly a driver.

On Tuesday, the Karl Lagerfeld brand celebrated its work with a star collaborator, model Cara Delevingne, who has 43 million Instagram followers. After launching the gender-neutral “Cara Loves Karl” collection at New York Fashion Week, the brand hosted a launch party for the line co-designed by Delevingne. Held at 21 Rue Saint Guillaume, the brand’s Paris headquarters for which its fragrance is named, the party hosted Delevingne and fellow models, including Amber Valletta. It also featured a slew of digital activations. For example, attendees could dress avatars in the collection via touchscreens. Also this week, the brand orchestrated a “Cara Loves Karl” takeover of Galeries Lafayette Champs-Élysées’ iconic atrium, providing branded Instagrammable moments to people in Paris far beyond the party’s guest list. Of course, the brand could not have predicted that, in sync, its collaborator’s mental health would be the subject of speculative stories on Page Six and TMZ.

Speaking of people outside of fashion’s inner circle, a large group of them was gathered outside of the Ritz Paris on Thursday afternoon, as members of the press made their way into a suite on the third floor to view the second Frame x Ritz Paris collaboration. Overheard inside, a guest explained that it was nothing new. “They’re all here to see Kanye. He stays here,” she said. “Sit in the lobby for a while, and you’ll see somebody famous.”

Earlier this month, Frame co-founder and chief creative officer Erik Torstensson spoke to Glossy about the power of the celeb-approved Ritz brand. “Our first collaboration [with Ritz Paris] saw one of the most successful responses we’ve seen to date; sales were incredible.” He noted that the varsity jacket sold on resale sites for five times its retail value. Celebrities love the style, too, he was sure to add. “Hailey Bieber was just spotted wearing it on a yacht.”

And few people knew designer Marco Robeiro’s name until Harry Styles became a fan and collaborator. On Thursday afternoon, influencers and editors trekked to Paris’s 11th arrondissement to check out the spring 2023 collection of the Brazilian designer, who started working on his namesake brand in 2018 and had previously only shown collections digitally. Along with wearing Robeiro’s designs on his latest tour and album cover, Styles chose him as the first collaborator for his lifestyle and beauty brand, Pleasing. The collab was announced this week.

There’s something to be said for launching during Paris Fashion Week, even far beyond the official fashion week schedule. For its part, Jacquemus opened its first standalone store on Tuesday on Paris’s Avenue Montaigne. On Thursday afternoon, there were two long lines to get in, including a stanchioned line to get into a closer stanchioned line.

And on Friday, 70-year-old beauty brand Carita will host a party to celebrate the Monday reopening of its grand La Maison de Beauté. Charles Finaz de Villaine, Carita’s global brand director, said the timing was, in part, inspired by the brand’s heritage. Carita’s sister founders were friends of Pierre Cardin and André and Coqueline Courrèges, collaborated with Hubert de Givenchy, and created runway looks for brands including Valentino. They also worked behind the scenes of movies and musicals, working with actresses including Catherine Deneuve, he said.

“To launch when all the stars are here, during fashion week, was perfect,” he said. “Friday night is going to be festive, and there will be lots of celebrities [at the party].”

Of course, pop culture doesn’t always mean “celebrity.” What’s more, not all things “pop” read as “luxury” — but the two worlds are colliding like never before, as pointed out by designer Jude Ferrari. Backstage at the spring 2023 show for her 3-year-old luxury brand J.Simone, she discussed her incorporation of logos from Starbucks to Harley-Davidson in the collection.

“I wanted to emphasize the ‘pop’ of ‘popular.’ When you think ‘luxurious,’ you don’t think ‘popular;’ you think a targeted audience,” she said. “But popular is becoming luxurious, and the absurd is becoming chic. You can see this in [designers’ new focus on] color; it’s no longer about all-black.”

But not all designers are sold on playing into what’s popular. At Tuesday’s show for sustainable brand Prototypes, non-recognizable people of all ages and sizes walked a makeshift runway in a Parisian apartment to the tune of angry versions of “Barbie Girl” and Radiohead’s “Creep.” A fashion reporter in attendance was not amused: “Is this a joke? I don’t even know who’s a model and who’s not,” she told her seatmate.

Meanwhile, the step-and-repeat wall has been working overtime. Brands, including Maje, are leaning into a show model that leans on influencers and is no doubt budget-friendly compared to alternative options. For its part, Maje showed its spring collection on mannequins, allowing influencers wearing Maje to do their thing in front of a colorful branded wall. The “Cara Loves Karl” party took the same approach. And yet, it felt like something was missing.

At La Galerie Dior, the exhibition about the history of Maison Christian Dior being hosted through January at Paris’s Montaigne museum, a posted quote by Christian Dior reflects the agelessness and points to the value of fashion shows being somewhat of a spectacle. It reads: “Parties like [Dior’s] are genuine works of art. People may be annoyed by them, by the very fact that they are on a grand scale. Nevertheless, they are desirable and important in the history of our time because they produce the authentic sense of popular enjoyment.”

And today, much popular enjoyment comes in the form of influencers and celebrities.