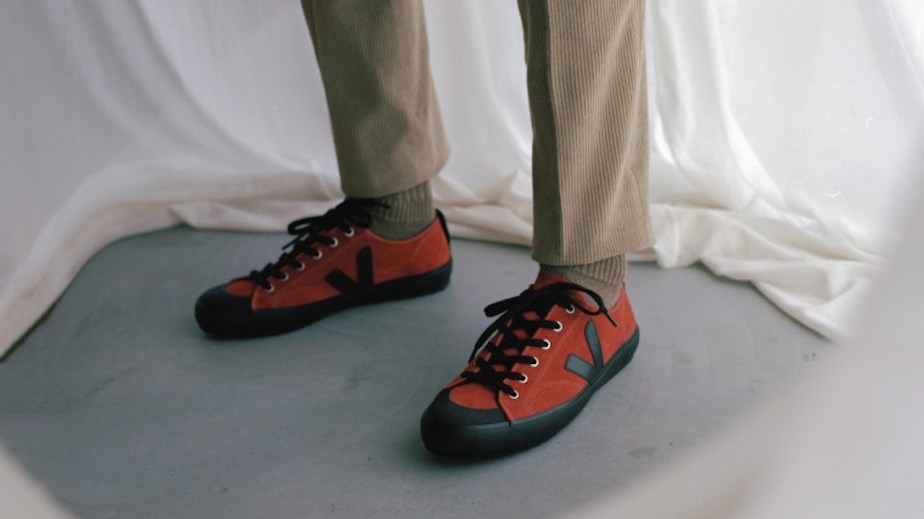 After being spotted on the feet of major style icons like Meghan Markle and Emma Watson, French sneaker brand Veja went from being a relatively unknown company, launched outside of France in the early 2010s, to a massively popular and trendy brand.

Veja, founded by Sebastien Kopp, makes sustainable sneakers in Brazil using organic, recycled and fair trade materials. But Kopp said sustainability plays a minor role in the brand’s increased popularity in places like the world of ad agencies. Glossy sat down with Kopp at the preview of the brand’s first running shoe, to be launched this September, to discuss the brand’s rise and how sustainability plays (or does not play) into its audience acquisition.

How do you balance sustainability with costs?
I’ve always thought of it this way: We wanted to do fair trade cotton and organic and recycled materials from the beginning, without asking the question of cost. Then once we had our plan, it cost what it cost, and we just adjusted around that. Every day we receive offers from factories in China or Vietnam saying they can produce Veja at a better cost. We say to these factories, “Yes, let’s calculate how much this pair of Veja would be,” and it’s five times less than what it costs normally, without ordering a smaller run. That’s for a full run — five times less. But that would be without the level of quality and fair trade materials we want to use, so we say no.

Because we don’t do any advertising, production can be the bulk of our costs. Not a single euro goes into Facebook, TV, movie stars, billboards, anything like that. This allows us to offer a sneaker that is not expensive, while still hitting the same level of quality and transparency.

How would you characterize your growth in the past few years?
We started in 2004, and the growth has been steady, but steady and big. We went from selling 5,000 pairs to 11,000 to 25,000 pairs per year, but it’s not in spikes, it’s steady. We try to keep it steady. We refused to sell in the U.S. until 2014, because we just didn’t have the production. Since the beginning, we’ve refused a lot of clients, and we’ve diminished the orders of a lot of clients. We can’t give you 100% more, but we can give you 30% more, or something like that. We are good with not growing too fast. Everyone is crazy with growth, but I can’t handle a company that goes from 10 people to 100 to 500 in a few years. I would go crazy. Today we have 120 people, and all the managers have been here a long time. They’ve been here through bad weather and good, they know our story, and they’ve been to Brazil where everything is made. That’s the difference of Veja; we are OK with not growing too fast in order to keep the product what we want it to be. For me, that’s the base of the brand.