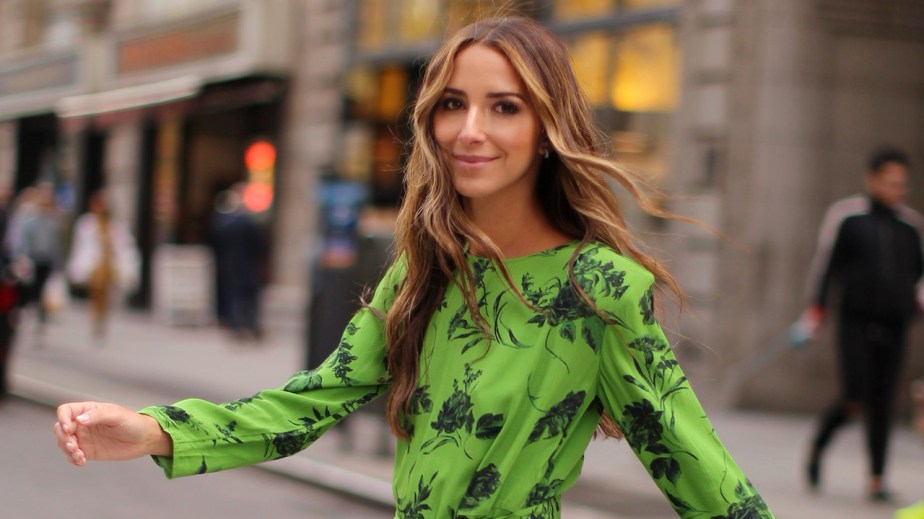 ‘Nordstrom is a unicorn’: How the department store finds success with influencer collabs

When Nordstrom rolled one of its biggest influencer collection in September 2017 — a collaboration between mega-influencer Arielle Charnas of Something Navy and Nordstrom-owned line Treasure and Bond — the capsule reportedly brought in $1 million in just one day. One year later, the company gave Charnas, who has 1.2 million followers, a standalone Something Navy Line, which crashed the Nordstrom website on launch day because demand was so high.

Over time, Nordstrom has continued to roll out exclusive lines with big influencers who boast over a million followers, and the strategy is proving to be a major success.

“We work with influencers on a regular basis outside of just product collaborations, so these partnerships tend to be an organic extension of an existing relationship. Once we identify an influencer who we know is an organic fit with our brand, we explore ways to evolve our partnership. We prioritize identifying Influencers who share in our goals of inspiring customers through relevant product across our price and style spectrums,” said Jennifer Jackson Brown, evp, president of Nordstrom Product Group at Nordstrom, Inc.

While the brand doesn’t typically provide specific sales figures for those collections, Nordstrom co-president Erik Nordstrom said on a recent earnings call that the first Something Navy collection brought in $1.8 million in the first week, while Engel’s dresses did around $1.6 million in week one. The lines were “big, big launches for us and really leverage these social influencers, the customer base they have, the follower base they have — and it’s really a terrific fit for us,” he said.

This is despite growing concern in the industry around the waning power of these mega-influencers.

“Nordstrom is a unicorn of sorts, because the mega-influencers they are tapping into have really engaged, loyal followings and are extremely high converters. People like the Arielle Charnases of the world are far and few between,” said Bea Iturregui, cp of brand partnerships at full-service marketing agency Laundry Service and Cycle.

“More than most companies, they’re looking at what influencers actually convert into sales and why. They’re using that as a basis for deciding who to work with, as opposed to the way that most brands do, which is: Are they cute, and do they have a lot of followers?” said Kate Edwards, co-founder of influencer marketing firm Heartbeat.

While the strategy of developing true partnerships with top-tier, vetted influencers is working for Nordstrom, analysts caution other brands that may want to copy this playbook. For one, a mega-influencer in the fashion space with over 1 million Instagram followers can’t be picked without some serious consideration and research. Concerns to consider are whether their followers are real or bots, and whether the influencer gained their followers organically or paid for them.

“You have to absolutely make sure these aren’t purchased followers because, at that point, what is that going to get you? It’s going to not get you traffic, but [instead] a potentially unsuccessful line which would look really bad and really put a dent on your strategy,” said Nycole Hampton, vp of digital at PR and communications agency Allison+Partners. Most big companies at Nordstrom’s level that have launched lines that tend to find the right partners, like Kohl’s and Lauren Conrad, sometimes big brands make mistakes. In March 2016, the FTC came after Lord & Taylor for not disclosing when it had paid 50 fashion influencers up to $4,000 to post photos to their personal Instagram pages promoting the brand.

While there are clearly potential pitfalls to this strategy, it’s not stopping brands from pursing the collaboration route. Earlier this month, Revolve launched an exclusive line with blogger Aimee Song of Song of Style. Song boasts 5.2 million followers and is often considered one of the original mega-influencers, like Something Navy’s Charnas.

To replicate the strategy, it takes more than finding an influencer who can convert sales. Finding the right fit for the brand is also crucial. In May 2018, Nordstrom received some blowback after working with Danielle Bernstein of Who What Wear. The influencer was brought in to design a capsule jewelry collection in partnership with Lulu DK for Nordstrom. When the line launched, Nordstrom and Bernstein were quickly called out across social media for allegedly knocking off a number of indie designers. Regardless, Bernstein has 2.1 million Instagram followers, and has gone on to orchestrate some wildly successful lines (her swimwear collaboration with Onai reportedly brought in nearly $2 million in 12 hours when it launched on May 1).

“One of the misses that Nordstrom has had is when they don’t work with influencers who appreciate authenticity, in terms of both the creative and how they execute and align,” said Edwards.

“What I would recommend Nordstrom do in terms of influencer marketing in the future is activate their community of incredible brand loyalists. For a long time, they’ve understood loyalty programs, but imagine if Nordstrom had 100,000 of its best customers create content and post for them, that would be way better in driving sales for them than the approach that they are currently taking,” she added.

One way Nordstrom is thinking beyond influencers to stay ahead of the competition, keeping in line with the likes of Amazon and Target, is through its direct-to-consumer strategy — although the success of that strategy is still yet to be seen. In recent months, the company has been aggressively courting DTC brands like outerwear and accessories company The Arrivals and Thinx for exclusive wholesale partnerships.

Others question whether the continued push to work with influencers will do much to buoy the Nordstrom brand long-term. Nordstrom reported weaker-than-expected earnings for the first quarter of 2019. “Our first-quarter top-line results were below our expectations. We had planned for a continuation of soft sales trends from the fourth quarter with soft further deceleration relative to the plans we shared at the beginning of the year successfully executed on inventory and expense which helped to mitigate our sales trends,” said Erik Nordstrom, on the brand’s most recent earnings call.

Analysts believe one path to continued success is to follow the Something Navy model. Leading up to the launch of Charnas’ first Nordstrom line (and several others), the blogger used Instagram and Instagram Stories to engage with her followers and bring them into the creation process. Charnas would post behind-the-scenes photos and videos during the design process, and post polls asking her followers to choose different color swatches and patterns, for example.

Nordstrom also leverages its own social media accounts (its Instagram has 3.1 million followers) to spread the word about these partnerships and build buzz before the lines drop. Nordstrom also has a reputation of working with influencers throughout the year, tapping many bloggers around the time of its annual Anniversary Sale to showcase what’s on sale and give shoppers ideas for how to style those items.

“At the end of it all, consumers felt like they had been a part of creating something alongside Arielle [Charnas] and Nordstrom. Nordstrom was the retailer that basically launched the first influencer-led brand, and they’ve done past collaborations, but ultimately, they saw the benefit of the collaboration; they saw the success of it. In turn, they said, ‘We can make this bigger by leaning heavily into our influencers,'” said Iturregui.