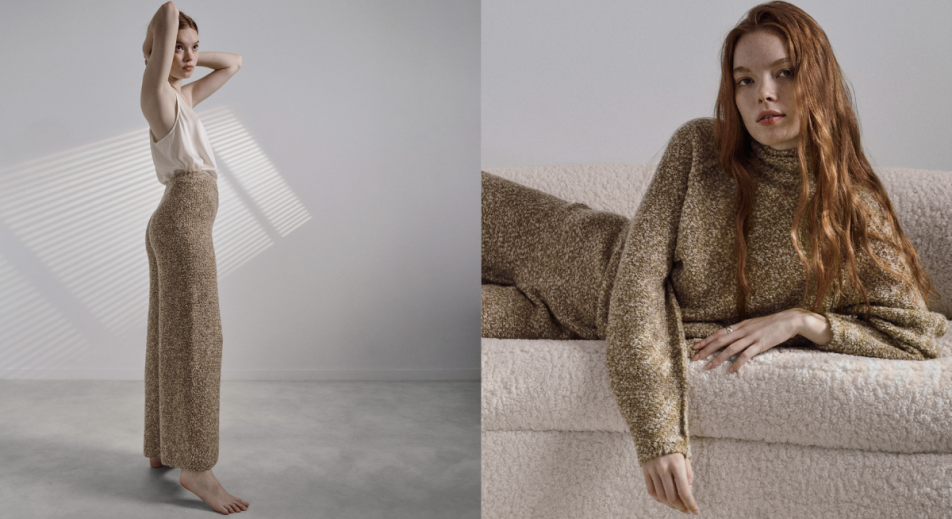 After establishing dominance in the sleep and loungewear category for luxury clientele, Lunya is expanding its focus with an assortment of about 30 products across 18 third-party brands meant to enhance rest. Ashley Merrill, founder and chairwoman of Lunya, curated the assortment to bring Lunya’s customers the “best of rest,” she said.

Since Lunya’s launch in 2014, its goal has been to make products its customers will reach for night after night. “We’re trying to perfect rest … to make pieces that are beautiful, but also very functional-minded,” Merrill said. “The pockets, the flat seams, the no-slip waistband — they’re all [examples of] attention to functional details, which is really what [makes the brand special],” she said.

With the Rest Shop, launched Thursday, the brand is giving its stamp of approval to a cadre of products from brands it’s deemed likeminded, largely based on their design and functionality. It ranges from those that are well-known, like Goop — it will sell the brand’s skin care and sleep chews — and Moon Juice, selling its Magnesi-Om supplement, to smaller brands. For example, Cinnamon Projects’ incense and Cinque Monde’s exfoliating kassa glove are included. Other products include Vitruvi’s new Cloud Cool Mist Humidifier, WTHN’s at-home cupping set, Maude’s lube and hero vibrator, Crown Affair’s leave-in conditioner, and two pairs of slippers created in collaboration with ROAM.

It is known that having a ritual around one’s bedtime can make for better sleep. The products in Lunya’s Rest Shop were chosen to help customers enhance that ritual or create one, Merrill said. “The Rest Shop is a really exciting way for us to speak to the ritualistic aspect of attaining amazing rest,” she said. She noted that sleeping rituals can involve anything from “the kind of pillow you’re sleeping on to aromatherapy … to a favorite night cream.”

Lunya is launching the Rest Shop primarily via its online shop, though it will carry some of its curated items in its New York City and Los Angeles shops. It currently has seven brick-and-mortar stores across the U.S. To start, the brand will market to its own customer-base, and tell stories around the brands it is bringing on. “We’re going to start with our audience…and the partners are very excited about this — we’re all going to work together to promote one another’s stories,” Merrill said.

Merrill said the move takes the brand from being a “rest wear” company to just a “rest” company, and is indicative of a larger cultural shift. “The conversation is changing. People are starting to think, ‘You’re supposed to work out, you’re supposed to eat healthy — and now sleep is another one of those things.’ Is that annoying, because now you have to carry that pressure, too? Maybe, but it’s probably good.”