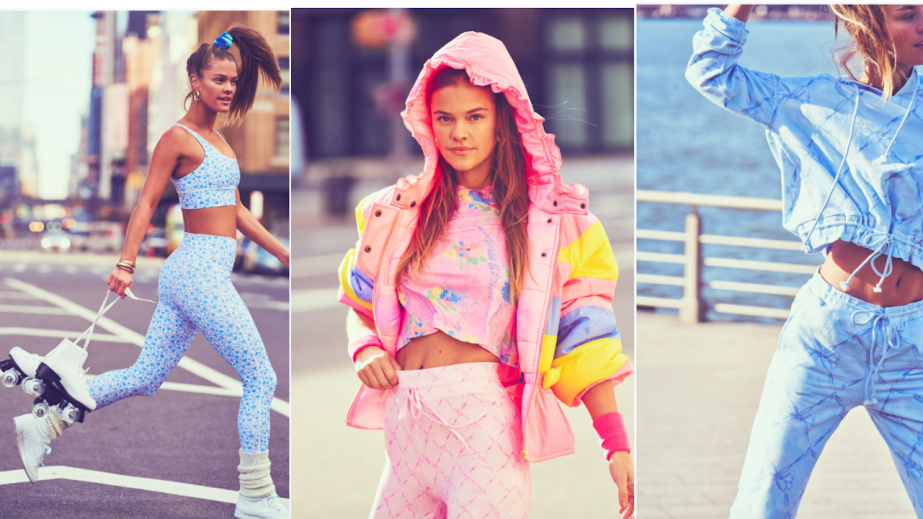 Why LoveShackFancy is going big on collaborations in 2021

In 2020, womenswear brand LoveShackFancy, which launched in 2013, released more than half a dozen collaborations with partners including Bandier, Target, Lele Sadoughi and Morgan Lane, all of which sold out in minutes. Founder Rebecca Hessel Cohen and president Stacy Lilien said collaborations will play an even greater focus in 2021.

Some of those collaborations were small, like the one with Lele Sadoughi, composed of a collection of hair bands. But the Bandier collab included a full range of activewear tops, bras, leggings and accessories. The more than 5,000 units sold out in minutes.

For Hessel Cohen, balancing exclusivity and hype with availability has been one of the key learnings she’s bringing into 2021. LoveShackFancy’s collaborations are primarily marketed through social media to the brand’s more than 600,000 Instagram followers. Future collaborations will also be promoted via email and SMS.

LoveShackFancy’s collaborations have taken as little as three months to develop, though the Bandier collab took more than a year. In 2020, most of its collaborations were sold online-only, through the e-commerce sites of the brand and its collaborators. The June collab with Target was an exception, as it was sold in Target stores. Both sides promote the collections to their audiences.

“We underestimated the power of some of these collaborations, especially with Bandier,” Hessel Cohen said. “Because of Covid, our manufacturers couldn’t make any more after the initial batch sold out. So there was massive demand and, even though we want things to be limited and special, we also don’t want people to be frustrated. So we’re learning a lot about how to manage demand with every new collab we do.”

Hessel Cohen said the brand’s adjusted the sizes of orders placed with manufacturers, depending on collabs’ size and demand. It’s also surveyed its engaged audience through Instagram Stories and email to get a read on how much demand there will be. The goal is to fulfill most demand, yet still sell out of product and produce limited quantities.

Lilien said collaborations have served two main purposes: They’re not big money makers, but they allow the brand to build its audience and test new product categories. LoveShackFancy has six stores, the last of which just opened on Madison Avenue in November, and sells through partners like Harrods. However, about half of its total revenue comes from its own e-commerce sales. The brand declined to disclose annual sales or revenue. In many of the categories it’s tested thus far via collaborations, the brand plans to launch its own collections this year or has already done so. For example, the successful collaboration with Morgan Lane in early 2020 gave Lilien and Hessel Cohen the confidence to launch their own sleepwear line later that same year.

“A lot of the collaborations that we do are within categories that we don’t currently offer,” Lilien said. “Our current and next focuses for new categories are intimates, sleepwear and underwear. After that, we will probably begin to explore home and activewear.”

The collaborations have helped LoveShackFancy grow its own audience by 111% since the beginning of 2020. Customer acquisition costs for DTC brands have risen over the past six months. The founders said collaborations — which are relatively easy to pull off, they said — will be their growth strategy, versus spending exorbitantly on paid advertising.