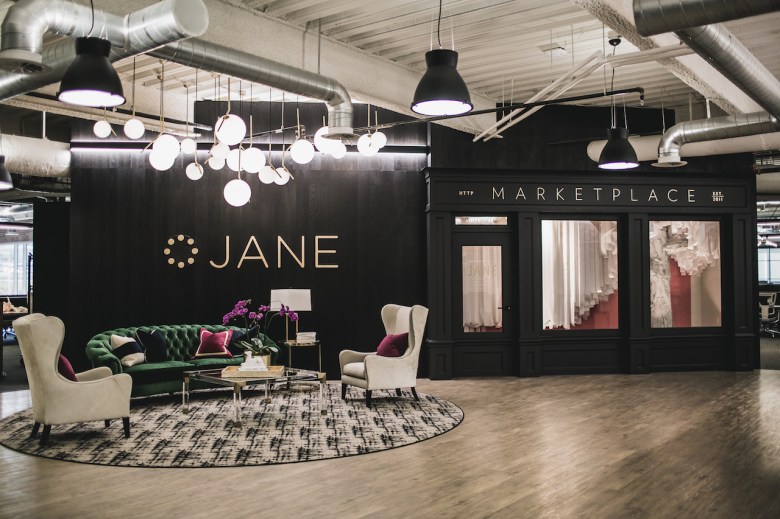 Historically, online retailer Jane.com has been a company with strong business and growing revenue, but it has consistently struggled with articulating a clear identity.

“It was funny. This company was making a couple hundred million dollars every year, has been profitable for its entire life, has thousands of customers, and no one has heard of it,” Taleeb Noormohamed, its former CEO,  told Glossy last year.

After Noormohamed left the company in 2021 for a career in Canadian politics, Jane was left in a position similar to where it was in 2019. Revenue was growing, reaching a total of $1 billion in revenue since its founding in 2011 and bringing in $250 million per year. It had more than 2,000 sellers, mostly individuals or small businesses, selling mid-price apparel. But brand recognition remained low.

This week, Jane.com announced Joanna McKenna as its new CEO. The new chief executive joins the company after years at companies including Amazon and Johnson & Johnson. McKenna has her own vision for Jane, and it starts with moving the company away from its focus on deals. Traditionally, the store’s homepage has spotlighted deals on various products first, discounts have always been heavily featured in Jane’s marketing.

“We’re still a black sheep no one is talking about,” McKenna said. “We’ve been a deals marketplace for a long time, almost like Groupon. I’ve been brought on to drive the tech transformation that will turn Jane into a full-fledged third-party marketplace.”

McKenna said her first order of business at Jane is to define exactly what she wants the company to be. McKenna condensed it to a single sentence: Jane is a marketplace that specializes in supporting women and minority-owned small businesses, the kinds of people often overlooked by other marketplaces. “The vast majority of Jane’s customers are women, and there are no other large online marketplaces that specifically target women sellers,” McKenna said.

To achieve this vision, McKenna laid out a two-prong approach: launch marketing focused on bringing in women sellers, as well as tools supporting those sellers once they’re vendors on Jane.com.

While Noormohamed’s marketing strategy for raising Jane’s brand profile was to go after social commerce, with an emphasis on deals, McKenna said she will be focusing on channels like print advertising and TV commercials. The new marketing plan will not mention deals, but will instead try to build Jane as a brand, highlighting diverse women and sharing how Jane is the ideal home for any woman who wants to run an e-commerce business, whether it’s full-time or as a side hustle. While there are male sellers on Jane, McKenna said the differentiating factor for the company is a focus on women as both buyers and sellers.

The social commerce marketing angle taken by Noormohamed was good for bringing in new buyers, growing Jane’s social commerce business by 27% in 2021. But the updated marketing strategy will be aimed at targeting sellers.

On the operations side, McKenna said there are several common complaints she hears from sellers about other marketplaces that she hopes Jane can answer. Amazon’s overwhelming prevalence of cheap knockoff brands from China that copy products from other sellers and sell them at a discount, for example, is something McKenna is trying to prevent.

Another common complaint is when marketplaces sell private label products that are suspiciously similar to those sold by their sellers. Often, these products are given higher billing, cannibalizing sales that would otherwise go to sellers. This accusation has been aimed at Amazon and its Amazon Basics lines, for example.

“I know friends who are sellers at some of the biggest marketplaces in the world who tell me, ‘If you don’t knock off my product, white-label your own products over mine or allow unscrupulous sellers on the platform with me, I will sell on your platform all day every day,’” McKenna said.

Jane has no interest in selling any of its own products, and McKenna said the recruitment team is being very careful about what sellers they allow on the platform. Jane takes 25% of every sale a seller makes and there are no restrictions on sellers about selling on multiple platforms. This year, Jane will roll out more features for sellers to personalize their individual storefronts on the platform, as well, McKenna said.

“One of the biggest mistakes marketplaces make is being too customer-focused,” McKenna said. “That’s good, but your true customer is the seller.”