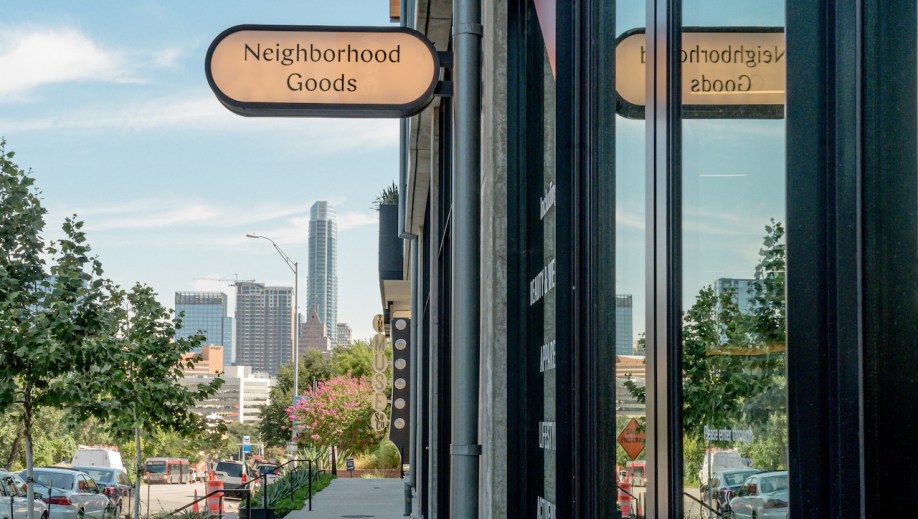 ‘Huge amount of demand’: Fashion and beauty brands are flocking to Austin

New York may still be the fashion capital of the U.S., but brands across fashion and beauty are increasingly turning their eyes southward to Austin, Texas as a new hub for both brand headquarters and retail stores.

While the East and West Coasts remain the biggest markets for many in fashion, small brands like Esker, larger brands like Kendra Scott and retailers like Neighborhood Goods have all relocated their headquarters or opened stores in Austin over the last year. The prevailing feeling among those companies is that Austin offers a lower cost-to-entry compared to a larger market like New York. The usual drawbacks of moving away from the coasts — like distancing oneself from professional networks — have been lessened by the pandemic-fueled switch to remote work.

Matt Alexander, co-founder and CEO of retailer Neighborhood Goods, said the company’s Austin store, which opened the day before stores shut down in March 2020, is now the best-performing store in terms of revenue and traffic, even beating out the company’s Chelsea Market store in New York. Alexander declined to give specific revenue numbers, but said foot traffic in the Austin store, which reopened permanently last June, is up 200% from last summer. And that’s with minimal marketing efforts promoting it. He said it’s been boosted by the overall retail growth in the neighborhood and the proximity to hotspots like Equinox and Sweetgreen.

“There’s a huge amount of demand for physical activations in Austin right now,” Alexander said. “We feel like we’re just scratching the surface in this market.”

The Neighborhood Goods store is on Austin’s South Congress Avenue, a street known for its vibrant retail presence. In the last two years, South Congress has turned into “DTC Row,” according to Shannon Davenport, founder of beauty brand Esker, who relocated her company’s operations from Los Angeles to Austin in 2019. Companies including Goodlife and Toms have opened stores there in the last year, and one of Madewell’s only two men’s stores is located on South Congress, as well.

Davenport said that while the Austin beauty scene is still nascent (the city’s fashion scene is much further along), it’s a great city for a startup brand. Part of that is the city’s status as a tech hub — a 15,000-employee Apple campus is currently being built — which attracts other startup-minded entrepreneurs. But critically, she also said lower cost of living and real estate prices gives smaller brands with minimal resources more room to breathe.

Real estate prices are approximately 221% higher in New York than in Austin, according to Nerdwallet, lessening the risk to smaller brands of opening a store or office. Payroll taxes are also 0.45% in Texas, compared to 1.5% in California.

“We’ve been able to stay cash positive, because we’re super lean,” Davenport said. “It’s been a good place for us to grow the business. The lifestyle here isn’t as crazy, things aren’t as expensive or competitive like they are in New York. Every day, it feels like more brands — from Everlane to Madewell — are opening here, and it feels like you actually have room to grow here compared to New York, which is just so stressful.”

According to the Austin Board of Retailers, despite the pandemic, 2020 saw retail real estate demand in the Austin area at a record high. There were more than 40,000 leases signed last year, 12,000 of which were inside the city limits — a record number. Meanwhile, New York has had record retail vacancies, reaching 33% vacancies in SoHo at the end of last year.

Austin’s growth can also be attributed to the pandemic causing many companies choosing to rethink their remote work policies, even after mass vaccinations are in effect. Other cities like Nashville and Palm Beach are also benefitting from this trend, with brands big and small investing there, as well.

“It doesn’t even matter where you are anymore,” Davenport said. “I have probably 20 people, between freelancers and contractors, working for me — some in Austin, but most in other parts of the country. I feel like I can run my business from wherever works for me while still hanging onto my New York and L.A. connections.”