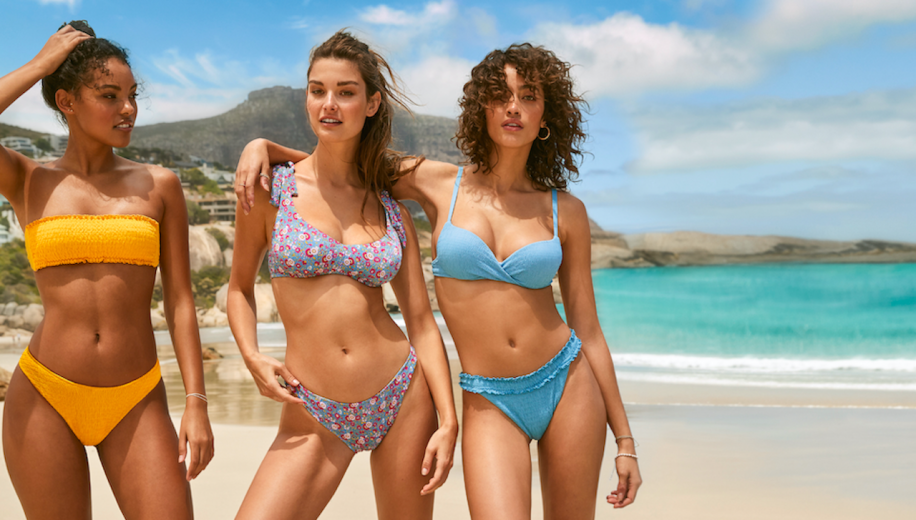 Since 2016, Calzedonia, the Italian fashion group that has more than 4,800 stores worldwide, has been trying to conquer the U.S. retail scene, as well, pandemic be damned. When the pandemic hit in March, Calzedonia had 43 stores across the U.S. Since, that number has jumped to 49.

California is where Antonio Simonato, US country manager and vp of Calzedonia USA, said he wants to focus Calzedonia’s growth, for now, guided by the fact that it’s the best performing state in online sales for the company. Meanwhile, he said, its six Manhattan stores have seen the biggest drops in foot traffic and revenue since March, though he declined to give specific numbers. He did say that Calzedonia won’t be closing any stores permanently, even the less profitable ones.

At a time when much of retail is moving away from brick-and-mortar stores in favor of e-commerce, Calzedonia is among the exceptions. Simonato said he still believes that brick-and-mortar is important, especially for Calzedonia, which has always done far more of its business through physical retail than online. U.S. online sales this year will make up 41% of revenue, even though stores were closed for several months. Simonato said last year online sales were 23% of the brand’s revenue.

Calzedonia doesn’t disclose its revenue by country, but sales outside of Italy made up 56% of its income last year. Simonato said its presence in the U.S. is still relatively nascent compared to other markets like Asia and Italy.

“The U.S. is a huge country, and Florida is very different from New York,” Simonato said. “So the online store is very valuable to us. It tells us who our customers are and what they want to buy. We can see there’s a lot of e-commerce business here or there, so that helps us plan where to deploy physical resources [like stores and distribution centers.]”

The new stores are mostly smaller formats of around 1,400 square feet, which is typical for many of Calzedonia’s locations in Europe.  Simonato said the company attempted a new strategy with the latest batch of stores, splitting them between two of the company’s brands: Calzedonia and intimates brand Intimissimi. The stores share an entrance and square footage. The two brands share a similar young, affluent customer, so the idea is to cross-promote one brand to existing customers of the other.

The one hitch in Calzedonia’s retail plan has been its west coast flagship store, which it planned to open this year but abandoned the plan after stores closed down. Simonato said he didn’t want to commit to a single large investment like a flagship store until things settled down. Now the company plans to open the store early next year, likely in the Los Angeles area, though he is still in discussion with landlords to find the best spot.

The U.S. has been an area of ambition for the company for just over a year, and its expansion to the states has already helped boost the company’s revenue. In 2019, Calzedonia’s total revenue grew to more than $2.6 billion, boosted significantly by the 188 stores opened in countries outside of Europe that year, according to an early 2020 earnings report.

But that growth in the U.S. does have one big limitation. Currently, all online orders are fulfilled from distribution centers in Europe, with no logistical hubs in the U.S. Simonato said the company hopes to remedy that in the next six months.

Shelly Socol, co-founder and president of e-commerce agency One Rockwell, said that since so many consumers are moving toward e-commerce, which is where the majority of growth for DTC brands has come from in the last few months, brands need to be even more cautious about where they place their stores to maximize their return on investment.

“Brands are going to have to be very strategic with retail when it comes to regional placement and size of stores they decide to keep or open,” Socol said.

Simonato said he’s confident that the brand can keep expanding in the U.S. due to the strength of its business around the world. Its U.S. sales have been slow compared to other markets, Simonato said, while its sales in parts of Asia and Europe have picked up significantly. The revenue accrued there and in growing online sales around the world, along with the aforementioned $2.6 billion in cash the company had at the beginning of the year, is helping it continue to expand now.

“The biggest challenge around opening stores right now is actually around timing,” Simonato said. “Everything is slower and it takes longer to build stores, to get plans approved. We used to be able to get a store up and running in three weeks. But we have an HQ here in the states now, and we still want to keep growing here. It’s been one of our big ambitions for the last four years and remains so for the future.”